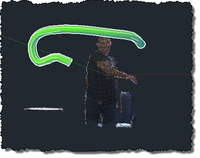 After this previous post, which updated my previous implementation drawing polylines in AutoCAD to use the Microsoft Kinect SDK, it made sense to give the same treatment to this implementation, too. This version of the code doesn’t really go beyond the OpenNI/NITE version – it’s very much a “flat” port, which means it comes with the same issues the other version had: the sweep is performed along a single, increasingly complex path, which means that it quickly slows down (as the path’s complexity increases with its length) and at some point just stops working. And along the way, there’s... Read more →

After focusing on a manual process for sweeping a solid inside AutoCAD in this previous post, it seemed to make sense to attempt to automate more of that process. In the code in this post, we take a standard circular profile – of a user-specified radius – and sweep it along the path defined by the user’s hand movements. Back in the original Kinect integration example we created a 3D polyline path linking every position of the user’s hand detected by Kinect. This makes a very jittery path for our purposes, so we’re going to define a spline along... Read more →

In this previous post we looked at some code to capture and combine a series of point clouds using a Kinect sensor. In today’s post we’re going to take a very slightly modified version of the code – which really only adds the feature to let the user choose when the sequence of captures should start by clicking, rather than it just starting at the beginning of the command – to capture the geometry created by dragging a 2D cross-section in 3D space. The code in the last post clearly played a big part in helping digitise the profile... Read more →

Generating a mesh for a 3D solid using AutoCAD’s Brep API from .NET

Thanks for Balaji Ramamoorthy – who recently joined our team in India – and Adam Nagy for helping generate the code for this post. There are lots of reasons people might want to tessellate a 3D solid in AutoCAD to generate a mesh. The code in today’s post uses the Boundary Representation (Brep) API in AutoCAD to do just that, generating a set of 3D faces. A few points about the implementation: I’ve only made a small number of settings to control the mesh generation: more are available for you to experiment with. It should be simple enough to... Read more →

Given the last few posts – where we gathered 2D points, created a minimal circle around them, and then gathered 3D points – the topic of this post shouldn’t come as much of a surprise. :-) As suggested, the changes needed to support 3D in the algorithm we used to solve the smallest circle problem were trivial: we had to adjust the function protocol to pass in a list of 3D points and the implementation to deal with the Z coordinates provided. Looking at the code again, I did consider adjusting it to pass in a Point3dCollection rather than... Read more →

After revealing the purpose for collecting points from 2D geometry in the last post, this post extends the 2D collection code to work with additional 3D objects. I don’t know whether it’s exhaustive or not – I’ve added more specific support for Solid3d and Surface objects – but I have no doubt people will let me know if I’ve missed anything, over time. The good news is that the previous approach of exploding complex entities and processing their components means that many types of standard solid – such as boxes, cones and pyramids – will get adequately captured using... Read more → 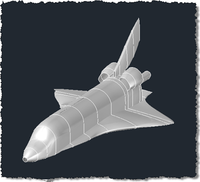 That has to be one of my favourite post titles, to-date: it’ll be interesting to see how Twitterfeed handles it. :-) In this post we’re going to combine the approaches from a couple of previous posts to place source code to generate associative, lofted surfaces on the clipboard, ready for pasting into a C# project. When we did this before for polylines, we didn’t really care about grouping them: we could just select all of the polylines in a drawing and they would (hopefully) be reproduced when the generated code was executed in the target drawing. This is a... Read more → 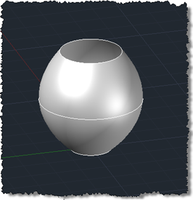 As mentioned a few posts ago, I’m working towards generating a set of surfaces from some polyline profiles, to programmatically create a space shuttle. Most of the surfaces are “lofted”, so that seems a good place to start. Today we’re going to implement a simple command that creates a lofted surface from three circular profiles. This is based on functionality added in AutoCAD 2011, so apologies to those using prior versions. If anyone’s interested in where the term “lofted” comes from, the ever-useful Wikipedia has some information for us: The term lofting originally came from the shipbuilding industry where... Read more → Thanks to Philippe Leefsma, from our DevTech team in Europe, for providing the code for this post. Philippe kindly based his code on that provided in this previous post, which made it especially easy for me to format for posting. Thanks, Philippe! :-) In the post linked to above we saw some code defining a SAP (SweepAlongPath) command. This post extends that to implement a complementary RAA (RevolveAroundAxis) command. Philippe’s original code asked the user for a line to define the axis of revolution. I generalised the code slightly to accept a curve: as we’re only using the vector... Read more → 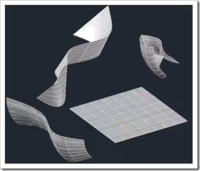 Temporarily shading a face of an AutoCAD solid using .NET

I finally came up with a succinct title for this post after struggling with “Shading a face of an AutoCAD solid with a transparent hatch pumped through the transient graphics sub-system using .NET”. Or words to that effect. :-) So yes, this post shows how to create a temporary hatch with transparent shading that then gets drawn as transient graphics at the right place in the model: in this case, the face selected using the approach shown in this previous post (which later evolved into a “look at” type feature). The post was inspired by an email I received... Read more → 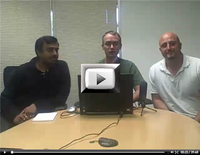 Once again, members of the DevTech Americas team have put together an entertaining and informative DevCast session on AutoCAD’s APIs. This time, Gopinath Taget joins Stephen Preston and Fenton Webb to present a number of interesting topics: boundary tracing, associative surfaces, 3D laser scanning and point cloud filtering. I’ll be covering boundary tracing via this blog in the coming weeks, just as I expect to be doing more with point clouds (coincidentally a laser scanner from FARO – similar to the one Fenton and Gonzalo use in this DevCast – should be arriving for me today, so watch this... Read more →

Fun with multi-touch and Alias Sketch for AutoCAD

Over the holiday season I bought myself an external 21.5” LCD multi-touch screen from Albatron. I’d been meaning to play around with multi-touch technology (on a full PC rather than a smartphone) and the arrival of Alias Sketch for AutoCAD 2010 on Autodesk Labs seemed like the perfect opportunity. AutoCAD doesn’t currently have in-built multi-touch support – and therefore neither does the version of Alias Sketch that works inside it – but at least the single-touch capabilities of the screen would give me the chance to flex a few of my (admittedly somewhat atrophied) artistic muscles. To get started... Read more →

Back in this previous post we looked at some code to sweep an AutoCAD surface using .NET. As I mentioned in a later update, it’s possible to also sweep an AutoCAD solid using .NET (since AutoCAD 2010: prior to that one had to use ObjectARX). I’ve just received a comment asking me to show how to do this, so I thought I’d cover that, today. The code difference is tiny – we simply need to change the type of object we’re creating and call a different method with the same arguments. Where for a SweptSurface we would do this…... Read more →

Next week Fenton Webb, from DevTech Americas, will be presenting a free webcast on the 3D capabilities of AutoCAD’s APIs. Here’s Fenton’s synopsis: “If your product has always been 2D and you are now considering moving to 3D or if you are simply interested in finding out about the different API’s that are available to program AutoCAD in 3D then come join this webcast. We’ll give a brief overview history of 3D in AutoCAD along with some code demonstrations of some API’s in operation. Also, don’t forget that included at the end is a Q and A section allowing... Read more →

Back in April I posted an IronRuby sample that I had hoped would cause AutoCAD to jig a box in 3D, just like its IronPython counterpart. The sample didn’t work with IronRuby 0.3, but recently David Blackmon got in touch to let me know he had a version of the code working with IronRuby 0.9. Now that I’ve started preparing for my upcoming AU class, AutoCAD® .NET: Developing for AutoCAD® Using IronPython and IronRuby, I decided to take a closer look at the update to IronRuby and more specifically at the changes to the code David made to get... Read more →

Triangulating an AutoCAD 3D solid from a set of points using .NET

Triangulating an AutoCAD sub-division mesh from a set of points using .NET

I’m just settling in after a week of very enjoyable paternity leave (thanks to all of you for your congratulatory messages :-). I have a few topics planned for the next few weeks, but in the meantime I’m going to post some code provided by our old friend Zeljko Gjuranic as a follow-up to this previous post. Zeljko responded to the suggestion that – rather than creating the limited PolyFaceMesh object – his code should instead create the more modern SubDMesh (an object introduced in AutoCAD 2010). I’ve taken Zeljko’s code and integrated it into the previous example, allowing... Read more →

I might also have called this post “Overruling AutoCAD 2010’s entity display and explode using Boo”, as it complements the equivalent posts for C#, F#, IronPython and IronRuby, but I felt it appropriate to combine the post with an introduction to what Boo is all about. What is Boo and how did I come to look into it? Knowing of my recent interest in the various scripting technologies being made available for .NET, a colleague at Autodesk recently pointed me at the Boo programming language (and here is the official page for the language, including its various downloads). First,... Read more →

As mentioned in this previous post, where I gave the same treatment to IronPython, I’ve been trying to get display and explode overrules defined in IronRuby working properly in AutoCAD. IronRuby is still at version 0.3, so this effort has been hindered by a number of CLR interop bugs (it turns out). I finally managed to work around these issues thanks to Ivan Porto Carrero, who is just finishing up his book, Iron Ruby in Action, and has been working with IronRuby since pre-Alpha 1 (brave fellow). Ivan’s help was invaluable: he ended up downloading and installing AutoCAD 2010... Read more →