The material for this year’s online Autodesk DevDays is now live on YouTube. These sessions were held back in March, but now that the various products discussed have been released publicly, the information has been made available for everyone (i.e. not only covered by the Non-Disclosure Agreement signed by Autodesk Developer Network members, the famously palindromic ADN NDA). Here’s the full playlist, if you want to watch it here: Here are links to the individual sessions: Autodesk DevDays 2021 keynotes Inventor, Vault and Fusion API update AutoCAD API update Revit API update Civil 3D update One interesting tidbit from... Read more →

Join us for DevDays Online 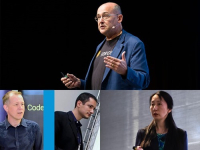 Not everyone can make it to the Forge team’s annual DevCon events, so luckily they also run a set of online webinars covering similar content. Here’s a brief schedule of their upcoming webinars – for more specifics, please head on over to their blog post. Note that some of these webinars are only open to members of the Autodesk Developer Network (if they relate to our desktop products). All of the webinars are held at 8am PST (4pm GMT, 5pm CET, 11am EST), and will be recorded if the timing doesn’t work for you. Tuesday February 25 - DevDays... Read more → 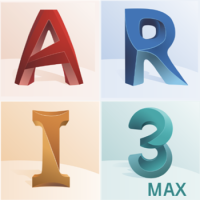 The Forge team has published details of a series of free webinars coming up over the next few weeks that take an in-depth look at the various Design Automation APIs for AutoCAD, Revit, Inventor and 3ds Max. Here are the dates and presenters for the various versions of the Design Automation API. All times are 8am Pacific. December 5th, 2019 | AutoCAD | Albert Szilvasy December 10th, 2019 | Revit | Sasha Crotty December 11th, 2019 | Inventor | Andrew Akenson December 12th, 2019 | 3ds Max | Kevin Vandecar For more details and to register, head on over... Read more →

There’s a series of webinars starting next week that will help you get a grip on what’s coming with various Autodesk platforms, both cloud-based and desktop. It’s also a chance to catch up on some of the content that was presented at last year’s DevCons. All the below webinars start at the same time: 8am PST | 11am EST | 4pm GMT | 5pm CET. Don’t worry if that time’s inconvenient, recordings will be made available soon after the webinars are finished. Please note that while some of the sessions (the last three in the below list) require Autodesk... Read more →

For those of you who (like me) missed this year’s in-person DevDays – or perhaps have colleagues who would benefit from seeing sessions you managed to attend yourself in Las Vegas or elsewhere – you’ll be interested to hear that DevDays Online will be disseminating all that DevDays goodness over the wire during the month of February. The great news is that this isn’t being limited to ADN members: anyone can sign up and attend. The sessions will also be recorded, in case any are at times that don’t work for you. You can register to attend the various... Read more →

A few weeks ago a colleague – and keen mountain biker – from the Neuchatel office, Nicolas Barras, pointed me at a video created by one of his favourite local brands, SCOTT Sports, showing their goggle manufacturing process. Nicolas – a huge SCOTT fan – was curious about their use of design software. Watching the video with Nicolas, I could see Autodesk Inventor being used for their tooling design at around the 43s mark. This made me curious, too: I wondered whether it was also used to design the goggles, themselves. SCOTT is located at Givisiez, near Fribourg (it’s... Read more →

9 days to design an advertisement for Morgan 3 Wheeler

I saw an announcement for this competition back at Autodesk University 2013, but haven’t yet posted about it on this blog. The competition is now in its final stages – the deadline is on March 26, 2014 at 10am PST – but that means exactly 9 days left to enter from the time this post goes live. The concept is simple: you have to use one of three Autodesk products – Inventor, Showcase or 3ds Max – to create a rendering of the Morgan 3 Wheeler to be published as an advertisement in MOG Magazine. Aside from installing one... Read more →

The “My First Plug-In” series

A few years ago I mentioned that my team was looking into learning paths for novice programmers. This effort has led to the “My First Plug-In” series, of which we now have two guides ready: My First Revit Plug-In My First Inventor Plug-In This series is really intended for power-users of Autodesk software who want to take their use of our products to the next level, but need some targeted help on the programming side of things. We currently have guides for Maya and AutoCAD in the works. While many of this blog’s readership won’t need this kind of... Read more →

After adding Revit and then Inventor support to the original AutoCAD application, it made sense to go ahead and include support for 3ds Max. Here’s a solution supporting these four products (and their verticals). And I can now confirm that a version of this application will be September’s Plugin of the Month on Autodesk Labs. You may have noticed a lot of UI consistency introduced across these Autodesk products, in recent years, mainly due to a coordinated push from our product teams for a more consistent user experience. An internal acronym was used for the project driving consistency across... Read more →

As you’re probably mostly aware, many of our 2012 products use .NET 4 as standard. This has proven “interesting” (i.e. challenging) when it comes to loading – for example – plugin DLLs downloaded from the web, due to .NET’s updated security model. Our ADN Plugins of the Month on Autodesk Labs are a prime example: most were posted prior to AutoCAD 2012 shipping, but when downloaded locally and NETLOADed into AutoCAD 2012, very often a security error gets reported: Cannot load assembly. Error details: System.IO.FileLoadException: Could not load file or assembly 'file:///C:\Program Files\Autodesk\AutoCAD 2012 – English\ADNPlugin-QRCodes.dll' or one of... Read more →

Once again, it turned out to be pretty straightforward to add Inventor support to our TransTips application. We now have a single solution which builds plugins for AutoCAD, Inventor and Revit. The plugins share a common translation and caching engine as well as a WPF graphical user interface for selecting languages. Here’s a demonstration of the various plugins in action: I’ve fixed the right-to-left issue highlighted in the video, incidentally. The next steps are to implement an in-product editing capability and then perhaps to support 3ds Max. One great aspect of this project is that I’m getting to learn... Read more →