Finishing up our laser-cut jigsaw project

I spent some time back down at our local Fab Lab, today, finishing the laser cutting work for the jigsaw project I mentioned previously. Since I last mentioned it, we managed to procure some Plexiglas – in our case it was Perspex, in fact – and cut various sections of the puzzle, with each piece including an engraved word and a hole to make it into a key-chain souvenir. Today’s job needed the additional size of the Fab Lab’s laser cutter – theirs can cut sheets with 40cm on a side, whereas ours can only manage 30cm – as... Read more → 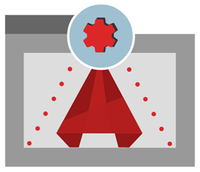 The title of this post is probably a bit misleading: I’m not actually going to show how this works, today, but I do intend to plot a path for addressing this topic over the coming weeks. I was spurred on by a tweet I received a couple of hours ago: @keanw Dear kean, I've been looking into AutoCAD I/O and it looks like it may only execute "scripts"; so no .NET API calls or LISP? — Cyborg (@CyborgEvilHam) May 13, 2015 The short answer to this is “yes, it’s absolutely possible!”. But readers of this blog are clearly interested... Read more →

A reminder that proposals are open for AU2015 until May 26th. I’ve just submitted two, myself. Of the three topics I had in mind – relating to VR, AutoCAD I/O and TypeScript – I decided to submit proposals on the first two: I’ll do my best to use TypeScript for one or both of the other two (assuming they get accepted) which will at least give people some exposure to how the technology works. And give some good fodder for blog posts, of course. Here are the abstracts I submitted: Virtual Reality viewing of 3D models using Autodesk's View... Read more →

After introducing a rudimentary program to help build jigsaw puzzles, we needed to fabricate the design in some way. As mentioned originally, we quickly discarded the idea to 3D print it as too time-consuming and unreliable: we decided to at least investigate using a laser cutter, what I considered to be a more natural choice for this. Now I did have some experience of using the laser cutter at our local Fab Lab, but as we wanted to iterate quickly – and didn’t have the fixed requirement of the larger cutting bed – we opted to use a slightly... Read more →

Thanks for all the interactions, yesterday. April 1st is really one of my favourite days of the year: there’s lightheartedness and creative energy everywhere you look. But all good things come to an end – even if the years seem to tick by increasingly quickly – so it’s time for more serious matters. Today’s post shares a couple of updates related to Autodesk’s burgeoning PaaS layer… Firstly, the inaugural Autodesk Cloud Accelerator turned out to be wildly successful: both for the external people who attended – there were 12 proposals selected from a pool of 50, with developers focused... Read more →

I’ve been chewing on this for some time, now, but I’ve decided it’s time to act. Well, as soon as AU is over I’ll act, anyway. Which I expect means it’ll morph into a New Year’s resolution for 2015. :-) Back when this blog was launched, the Git project was still relatively young. But it’s clearly become the version control technology to use, especially when putting code out there in the open. And this blog is all about putting stuff out there in the open, after all. Autodesk is using GitHub for our PaaS samples – which for now... Read more →

What would you use AutoCAD I/O for? 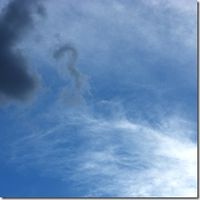 In last week’s post on the winner of the “dashboard” competition, I suggested I’d follow up with a post we could all use to gather suggestions for using AutoCAD I/O. This is that post. Here are some potential Activities (or uses of the AutoCAD I/O service) that the AutoCAD I/O team brainstormed during a recent internal discussion: Translation e.g. DWG to PDF or image formats, or the other direction Object property extraction Block attribute extraction CAD standards reporting/enforcement Drawing cleanup Audit/recovery service Anti-malware service Some of these are a little nebulous or speculative – particularly in the latter half... Read more →

And the winner is…

Thanks to all of you who contributed responses to last week’s “guess the dashboard” competition. I had a lot of fun seeing the responses roll in! I didn’t actually expect anyone to get the “right” answer – as the service the dashboard is monitoring hadn’t been announced publicly, at the time – but I was impressed by the Autodesk employees who used their knowledge to try and get a free t-shirt – that’s the kind of initiative that helped build this company into what it is today ;-). With 20-20 hindsight I probably should have specifically excluded Autodeskers from... Read more →

This is really interesting news I’ve been waiting to share for a while, now. And of course it’s the answer to the question I posed in my last post (this is the service the dashboard has been monitoring). Once I get back home to Switzerland I’ll go through the various comments on the post and LinkedIn, to see who wins the prize. :-) The AutoCAD team has been working hard on a cloud-based batch-processing framework that works with AutoCAD data. The current name for the service is the AutoCAD I/O API – Beta. The service is powered by AcCore,... Read more →