« Getting ready for Tandem: a call to action for Forge developers | Main | A video introduction to VASA »

In this week’s episode we play five more games loaded from a single floppy onto a Commodore 64. This week’s selection was actually really interesting, I found: we started with an action adventure called Olli & Lissa: The Ghost of Shilmore Castle, part of a series that apparently did quite well when released as budget titles. From there we loaded a game called Toddler, which I believe was also released as The Equalizer (I guess it sounds more compelling… it’s certainly a much more 80s name!). We loaded a Breakout clone called Krakout, which had fun floating faces. Next was a rather fun-looking game called Magic Madness – this is definitely one I’d play again. We wrapped up with a game called Agent Orange.

Here’s the cover art for this week’s selection:

Here are reviews for Olli & Lissa and The Equalizer and Agent Orange from Zzap! 64 magazine: 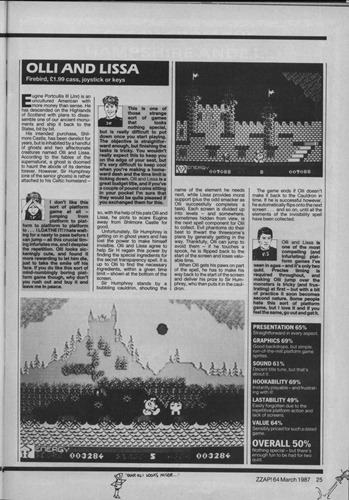 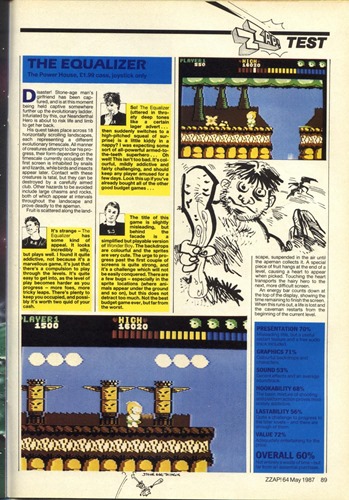