I’m just back from a fantastic 10-day vacation with my family on the beautiful Italian island of Sardinia. More on that in an upcoming post, but for now the first priority has been to get an episode of Floppy Friday out on schedule.

Once again this episode had zero preparation, but I was very happy with the selection of games we stumbled across. The first three games came from a “team sports” floppy (an unofficial collection, it just happened to contain these games): MicroProse Soccer, International Basketball and International Hockey (which I was sure I’d played before in this series, but couldn’t find the episode… the reason it wasn’t familiar on load was that the program file was named Slap Shot II, and IH is indeed the sequel to Slap Shot). We then went on to play Dragon Ninja and Operation Wolf.

Here’s the cover art from this week’s episode:

Many of these games were well-received, judging by these Zzap 64! reviews.

International Basketball was covered in issue 2: 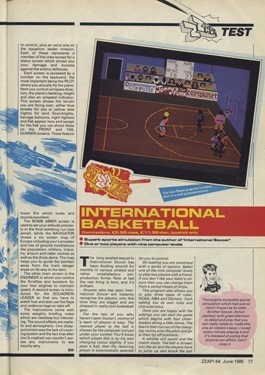 Dragon Ninja was in issue 47: 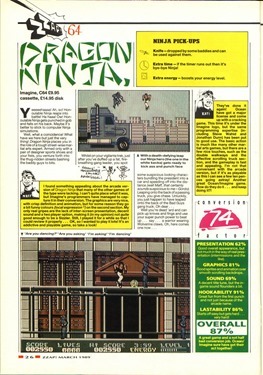 Operation Wolf was in issue 45 (which also contained this cool poster): 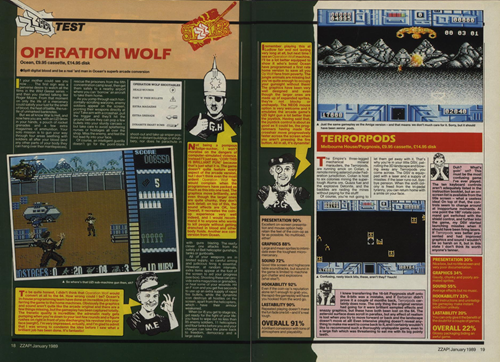 All in all a fun selection. Hopefully it brings back a few memories for some of you.