In this week’s episode we take a look at four more games loaded from floppy onto a Commodore 64. This week’s selection ended up being quite interesting, in my perhaps not so humble opinion. We started with Platoon, then Spy vs. Spy, A View to a Kill (which unfortunately I didn’t end up being able to play, despite three attempts at loading it), and then wrapping up with Theatre Europe. Hopefully these will bring back good memories for at least a few people. 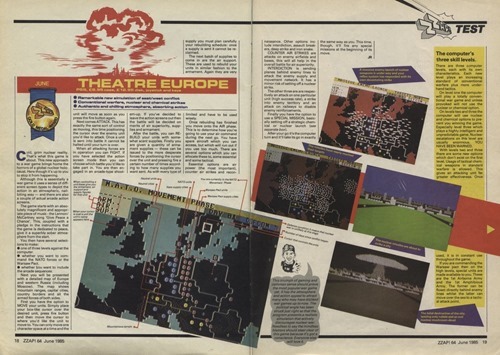 It’s probably impossible for anyone who didn’t live through the Cold War to understand quite how chilling this game must have been to play, back in the day. It’s certainly still serves as a good reminder of how bleak the outlook in the 80s could be, at times.

Once again I had to record this episode earlier in the week, as right now I’m back in Amsterdam for the opening of the MX3D bridge. Something I’ll be sharing more about next week.