This morning I headed with our eldest son (he’ll be 17 in just over a week – how did that happen?) to Zurich airport to catch our first flight in what seems like forever to travel to Amsterdam to see the MX3D bridge being installed.

Even catching the train was surreal: I’ve certainly done so, during the pandemic, but only for personal trips. My usual habit of grabbing breakfast in the dining car didn’t go so smoothly when I realised I could no longer remember the PIN for my corporate card. Luckily I could go contactless – SBB breakfasts are very reasonably priced – and I was luckily able to log into the provider’s website to discover the PIN before having to pay for anything more substantial. It was a bit of a wake-up call, though. We’re not used to this anymore!

Boarding the flight was, again, beyond strange. 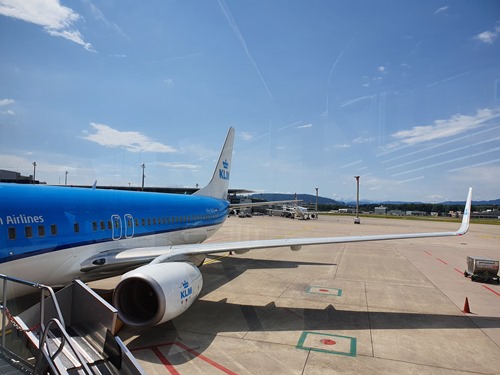 It wasn’t especially the concentration of people that bothered me – I don’t feel hugely concerned by that, and it’s not just knowing I received my 2nd jab last week – it was more the ritual of travel itself, that was once so familiar but now feels like a distant memory that’s gradually resurfacing. 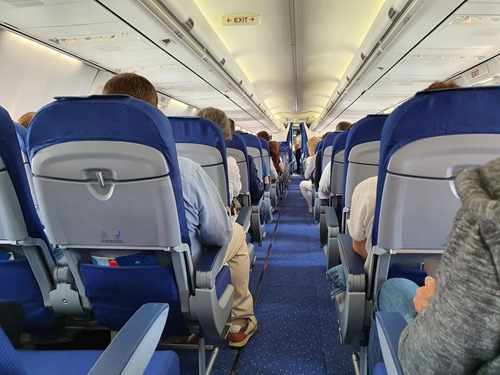 We’d been forced to check our hand baggage – the flight was supposedly full – which meant we had to wait for it to be delivered to the carrousel in Schipol. We still made reasonable time to catch a train to the city centre, arriving more-or-less when I'd expected. 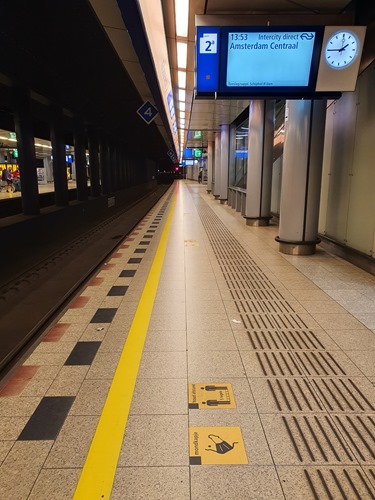 Here’s a close-up of the COVID-related guidance for travellers: wear a mask and stand 5 tiles apart. Nicely unitless! 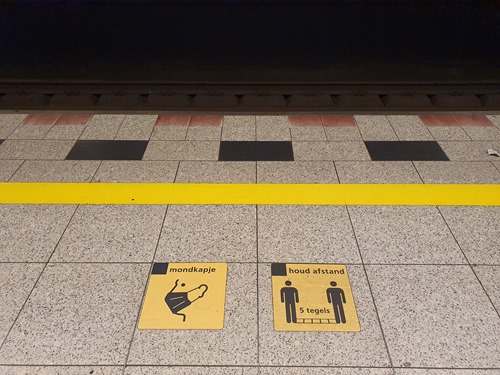 One of the reasons I chose to make the trip is that the Netherlands has recently lifted a lot of the former travel restrictions for countries in the Schengen zone of mainland Europe. So neither a PCR nor a 10-day quarantine were needed, thankfully. Things certainly seemed pretty normal as we arrived at Amsterdam Centraal. 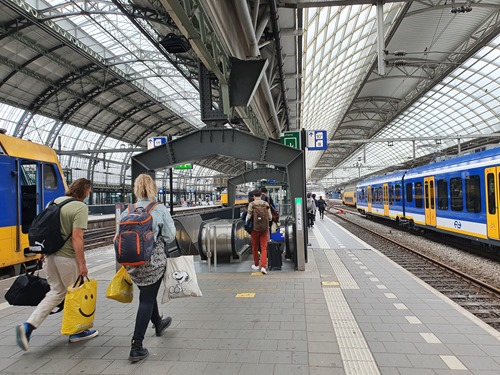 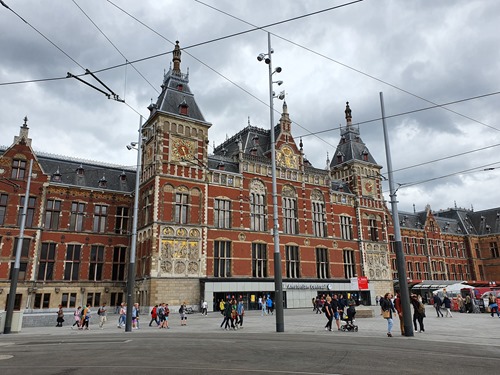 We walked to the bridge location, which is about 15 minutes from the main station. The bridge was in place! Too cool! 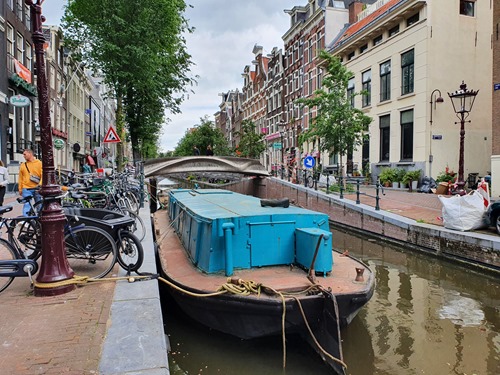 It was a thrill to see it already in place but also a minor disappointment – it would have been great to have seen it arrive along the canal. Thankfully the MX3D team took plenty of photos that they’ve already started to share. Here’s the first – a nice one taken by Adriaan de Groot. 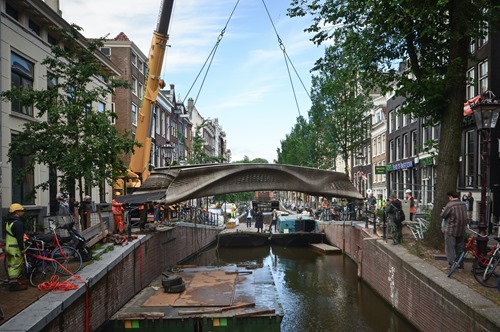 There were still a few people from MX3D at the bridge, but most of the work was done for the day. 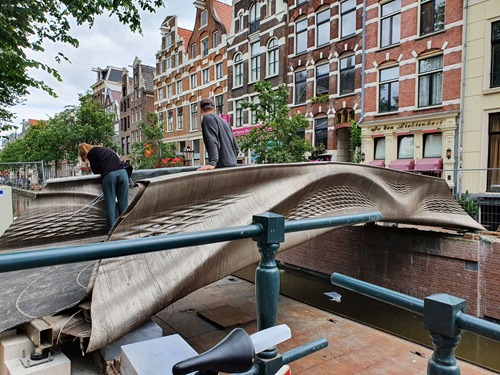 Obviously the “swirls” need to be welded on, as you can see, but there are also a number of other tasks that will need to be completed over the course of this week before the bridge will be functional. 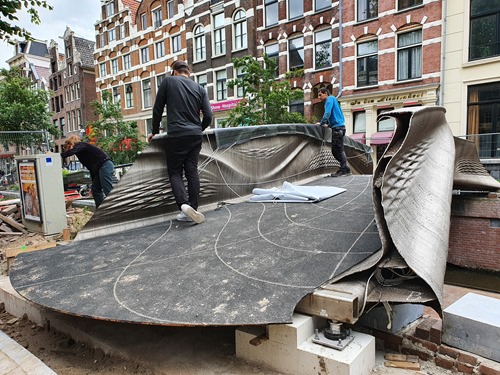 After a quick visit to the bridge, we then checked into our Airbnb. On Saturday I’d cancelled our hotel – we were going to stay at the Radisson Blu, a little further away – when I realised there was an apartment available on Airbnb that basically overlooked the site. 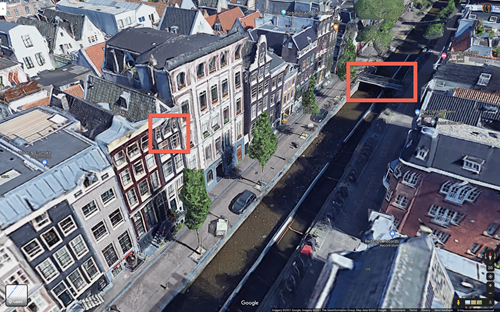 It’s in an old canal building from 1632, and it certainly has more character than a business hotel. Here’s the (somewhat obscured) view when you lean out the window. 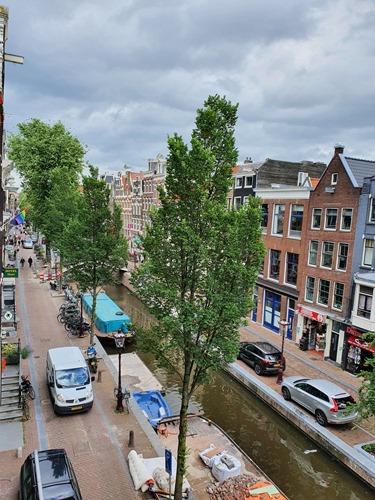 Once settled in, we popped back down to the bridge to say Hi. It was being put back under wraps, for the end of the day. 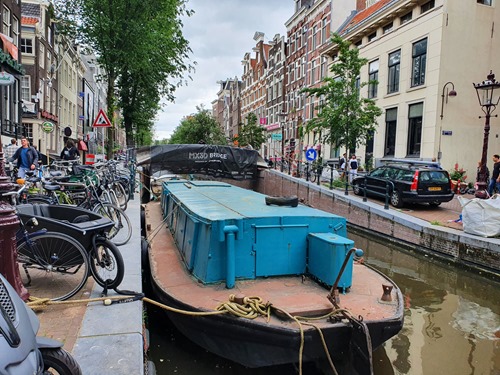 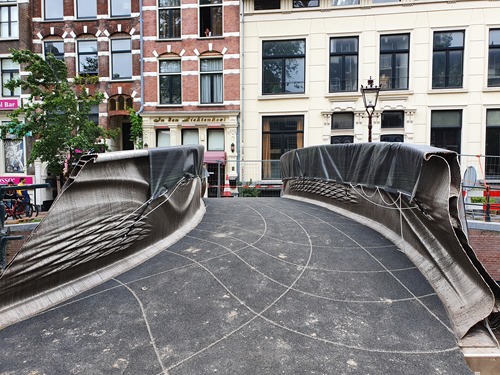 It was definitely fantastic finally to see the bridge in its intended location. We’ll see tomorrow how things go when it’s time to plug in servers and reconnect the sensor network, etc. 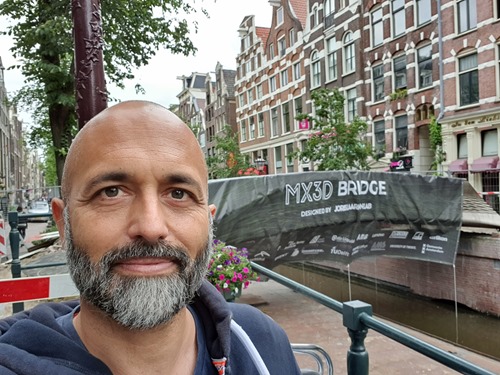