15 years of this blog

If you’re going to forget an anniversary, let it be the one for your first engagement with social media. The very definition of a victimless crime.

It’s been quite the ride… 2021 posts over 15 years, at an average of about 2.6 posts per week, rain or shine. I always set myself the goal of 3 posts per week, but in recent years that’s dropped back to 2 or so. The numbers add up, at least.

I don’t know if there’s anyone out there who has followed along during the full journey, as the subject matter has shifted significantly in recent years: the first decade or so was very much about AutoCAD and its APIs, while the last 5 years has been much more about my work with Forge, and how we (in Autodesk Research) have been using it to implement “digital twins” that integrate IoT into BIM. It’s been a lot of fun, throughout, at least from my perspective.

I’ve used the blog to talk about purely fun things, too, such as our big round-the-world trip in 2017 and more recently my fooling around with vintage computers and game consoles during Floppy Fridays. Thank you to all of you who have expressed your support, over the years: I still very much enjoy this aspect of my job at Autodesk and have no plans to stop. 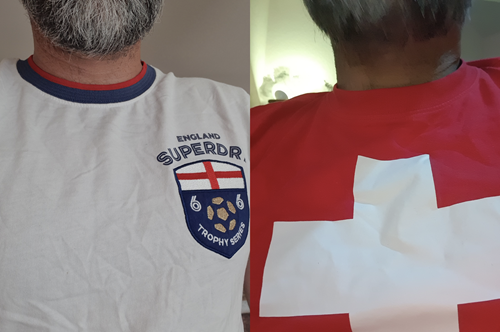 Anyway, while I’m here and have your attention I may as well comment a little about this week’s football. It’s been quite something… supporting Switzerland and England (my two nationalities), I never expected to be sitting here with both of them having qualified for the quarter-finals of Euro 2020, knocking out two tournament heavyweights, France and Germany. I went into this week thoroughly expecting one or both of my teams to lose. I’m just not used to this lack of disappointment.

In fact the week’s main regret – looking at this very selfishly – was seeing the Netherlands head home: it would have been nice if they’d stayed in until after next week’s trip to Amsterdam (I have very fond memories of being in that city during the 1994 World Cup, when the Netherlands lost to the eventual winners – Brazil – in the quarters. The whole city turned orange!)

From here it’s unlikely England and Switzerland will play each other in this Euro: if they meet it will be in the final, and Switzerland has a tough quarter-final draw against Spain on Friday. I won’t hold my breath on that one (although I can’t promise I won’t be crossing my fingers from time to time, when I’m not typing). Let’s see what happens in this next round!