This week’s episode is longer than I expected, but I found I kept going on to the next game as the one before left me wanting more.

I would have loved to have played the first game – Who Dares Wins II – for longer, but it crashed almost straightaway. One to come back to, at some point. (I mentioned its similarity to Commando: according to Wikipedia, the first Who Dares Wins was “given an injunction” for basically being a copy of Commando. Funny!) Here’s its review from Issue 8 of Zzap!64 magazine: 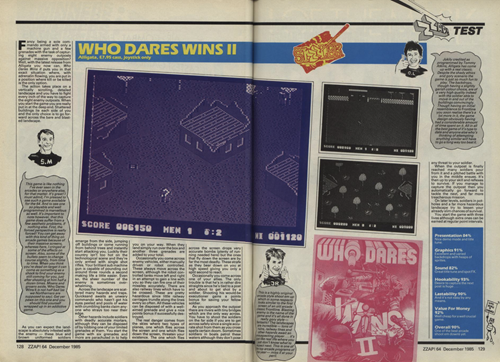 The next game, Fighting Warrior, was hysterical, but mainly because I didn’t realise demo mode was engaged for most of my efforts. The fighting was somewhat bizarre, too. 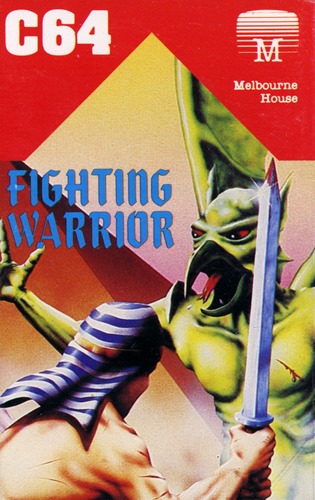 Eskimo Games was frankly disappointing, but it’s a bit harsh to judge games like this on a single play.

Tough Guys was obviously a really bad fighting game, something I could tell even from a single play.

The final game was Basket Master: by this stage I was really hoping for a basket-weaving “how to”, but it turned out to be yet another basketball game where I was beaten brutally (presumably by Fernando Martín, the first Spaniard to play in the NBA). Most of this week’s games weren’t among the best I’ve played, but that’s the luck of the draw and I still had fun.

Next week’s episode will be the halfway mark of this series, episode 32!