In this week’s Floppy Friday we stumble across a diskette from the German Commodore 64 magazine, Game On, from June 1992.

It contains three games – The Pearl of Dawn, Twin Down and No Deeper Meaning – and a couple of graphics/music demos – Mstocephaloid/XS and Destination ‘91. I didn’t know they were demos when I loaded them, of course, but we got there eventually. 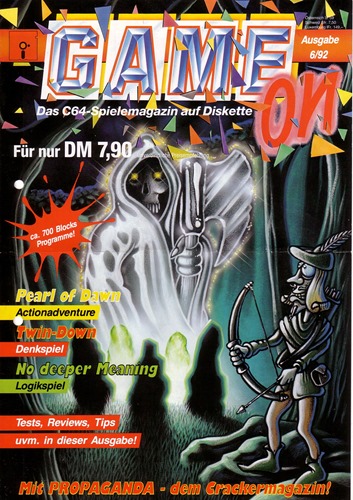 Being on a floppy that basically came free with a magazine, none of these are especially “top shelf” (I use that in the North American sense of the term, although in fairness it’s also true for the British meaning ;-). It was still fun to explore, though, just to get a sense for what the C64 scene was like in the early 90s.

That’s it for another week. See you next time!