Yes, every Floppy Friday’s a good Friday, but today’s really a Good Friday. I hope those of you who wish to – and are able to – are enjoying a nice, long weekend.

In this week’s episode, we look at three games from 1983-4 that were released on a 1985 compilation called 10 Mega Hits (all I saw on the floppy was “Mega Disk 2”, which makes sense, as the ten games would probably have been delivered on two cassettes or floppies). 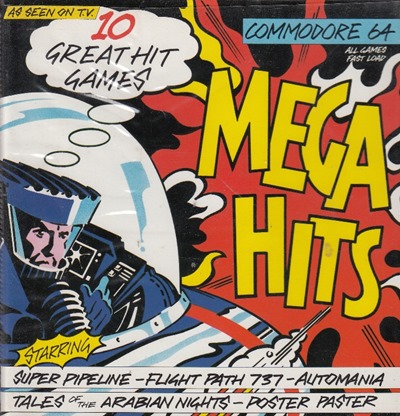 The games are Super Pipeline, Trollie Wallie and Automania (once again this last one was only on Italian Wikipedia). It was fun discovering them, although – as usual – I didn’t manage to play for very long before dying.

Super Pipeline and Trollie Wallie were both listed in Zzap! 64 Magazine’s first issue from May 1985, in their “Top 64 games for the C64” section. They came in at numbers 29 and 39, respectively. 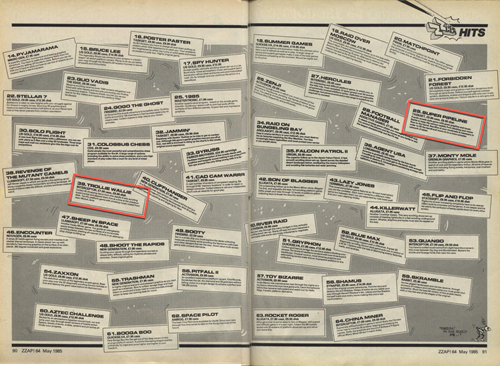 I’ll probably be posting less frequently over the coming fortnight – as our kids are off school, so I’ll try to take some time off – but I do expect to be around enough to keep this series going without a break.