We’ve reached the end of a much-needed week off up in the mountains. I’ve actually spent a bunch of time fooling around with getting RetroPie working on a Raspberry Pi 400 I bought for the kids (ahem). We’ve been having lots of fun playing Zelda on the NES and Super-NES, Sonic on the Megadrive, and Runn ‘n’ Gunn on the C64.

Before leaving to come up, I did record an additional episode of Floppy Friday, although in fairness no floppy was harmed (or used) in the making of this particular episode: we take a look at three C64 games I have on cartridge. The first, Wizard of Wor, came with the original auction bundle that launched this whole adventure, while the other two came in one of the boxes we opened during last week’s Floppy Friday episode: the classic Atari games Centipede and Dig Dug.

To make this a proper Atari episode, I also used another recent purchase: an Atari CX40 joystick (which is essentially the model that came with with venerable Atari 2600 console, and is the model that inspired the much-worse-engineered Commodore 1311. 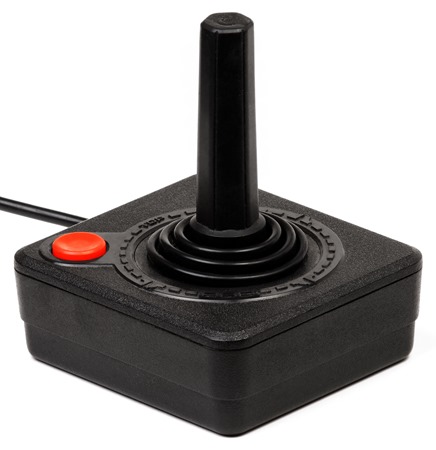 Here’s this week’s Floppy Friday for you to enjoy. Loading from cartridge is a lot quicker than loading from floppy, so this particular episode is quite a bit shorter than usual.