Looking back to look forwards

Over the weeks since AU, I’ve been heads-down with writing a chapter for a book that’s due to be published in this summer. The book is about innovation in the construction industry, and my chapter will talk about opportunities related to digital twins and generative design.

Which means I haven’t had much time to write “serious” posts for this blog, of late. I did want to put pen to paper in this new year about the sheer joy I’ve been getting from recording Floppy Fridays, though.

It’s clear there’s been a strong “retro” trend in recent years. I’d probably argue that there’s always some manner of retro trend, in the sense that fashions loop in a cycle and we very often idolize decades that came 2-3 before (the previous decade is almost always an embarrassment – it takes time to look back with fondness). It’s been some years that I’ve been enjoying the computing nostalgia of my youth, personally. You can see some early posts tagged with “retro computing” for some examples of that.

Something different appears to be happening at the moment, though. This tweet had me thinking about how the current sense of nostalgia is accentuated by the ongoing pandemic: could it be that we’re all dreaming of better times? I’ve definitely enjoyed watching shows like Cobra Kai, for instance, and have found myself watching way more period dramas than my usual Sci-Fi.

When I bought my first (ever!) Commodore 64 back in October – along with various peripherals and the 250+ or so floppies – I thought it would be a fun way to reflect back on a period that for me really laid the foundation of the modern software industry. 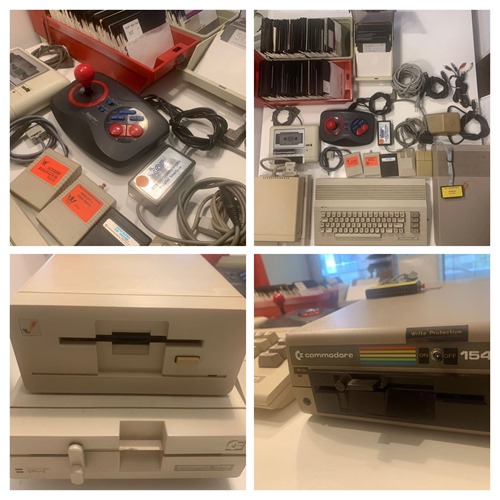 The home computing scene in the late 1970s and through the 1980s led to many, many kids – such as me – being inspired to follow a path to become software professionals. The path existed before that point in time, of course, but the home computer revolution certainly democratized it. Just about anyone could get access to a computer to learn programming, and this was hugely impactful. And we often didn’t get into software thinking it was a path to riches, but because we just loved working with computers.

It wasn’t just the coding that captivated us, it was the games: these were what inspired us to learn coding (“how on Earth did they make that?!?”). There was always a sense of wonder (and even of accomplishment, if typing a listing in from a magazine or loading from a copied tape) when you tried a new game on your home computer.

Along with the entertainment factor – and we all need more genuine entertainment, these days – this feeling of wonder was really something I wanted to capture in Floppy Fridays. It’s been really fun doing so, and with games I haven’t played before (I had a ZX Spectrum, growing up, and so many of the C64 titles are completely new to me).

This new hobby is also encouraging me to step outside of my comfort zone. Over the years I’ve always avoided digging into hardware issues: I love the purity of software development, and always struggled with the messiness of hardware (and the physical world in general, in all honesty). That said, I do really love restoring things (especially anything made out of wood, but that’s a story for another day), so I’ve challenged myself to up my soldering skills and do my best to repair some non-working C64 machines. 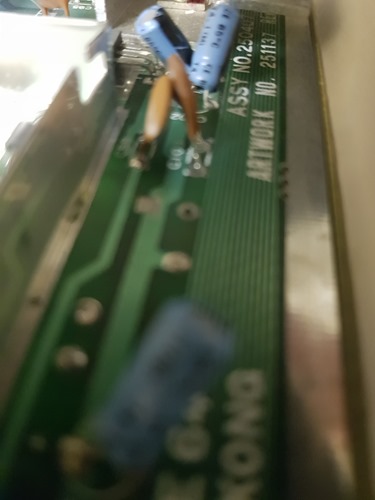 8-bit technology is much more repairable than more modern integrated systems, and this is proving to be immensely interesting (if a bit challenging). So far – and as I mentioned in the last Floppy Friday post – I’ve managed to resurrect a C64 by swapping the socketed VIC-II chips between two non-working systems, but that was largely down to luck. I’m now waiting for some replacement chips (RAM, etc.) as well as some IC sockets to arrive, which will hopefully allow me to gradually build a C64 test-board (these help a great deal with testing whether chips work or not).

All in all this new hobby of mine is proving to be really engaging. It’s encouraging me to acquire new skills, but is also helping me connect to a time that was very different from today: connection – between people but also between computers – was much harder, but ultimately more satisfying when successful.

I’m looking forward to seeing where else this new hobby leads me. Next weekend I’ll hopefully be picking up a Commodore 128 system, which should allow me to run an early CAD system called Home Designer. I’ve managed to use my ZoomFloppy to write out a floppy containing the program, so hopefully all I need is to load it and go!