Much in the same way as I felt a little tired last Monday – something I suggested on Twitter might be Pavlovian, as it wasn’t due to jetlag or travel-based fatigue – today has been another low energy day. (Typically the week after AU – and sometimes even longer – is a non-event for me, but this year there’s no good reason for it to be. I expect I’ll be back on top of things tomorrow.)

Anyway, it is a good opportunity to reflect back on last week’s “first of its kind” (and many of us are hoping “one of a kind”), all-digital Autodesk University.

Here are some thoughts on how things went:

We ended up having 109,000 registrations for the event, which blew way past the target I’d heard of 60,000. The fact we could reach so many people around the world was simply amazing (even assuming the usual attendance drop off for a free event).

I thought the production of the first day’s keynotes was really good. I liked the studio atmosphere, the cut shots (not sure if that’s the term, but anyway), and of course the announcements were – as always – really exciting. I’m not sure how important the broadcast schedules for Asia and Europe were, though: of course the “big reveals” were all done on Pacific time, and as the keynotes were then available for on-demand viewing, I don’t know if anyone really bothered with the broadcast schedule in other geos. I’d be very curious to see the streaming stats. 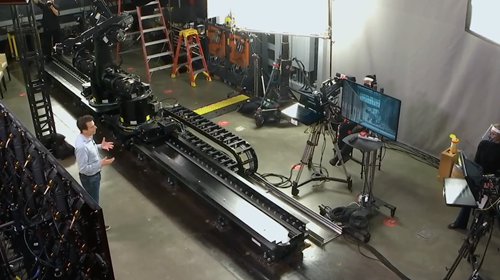 For sure the big push on content for this year’s event was prior to October 20th – the content deadline – so I had this sense that perhaps having just the class Q&A to handle would somehow make it an easy week. It turns out that having a Q&A for a full hour is actually hard work. Who knew? Part of this was due to the platform (I wasn’t a huge fan of the one we used) and part of it was not having a moderator (see this post for the background on that), but it was still work.

There were apparently a few cancelled classes that stayed in the schedule – which confused people, understandably. I’m not sure what was at the root of that – the AU speaker management team really did a first-class job of managing the overall process with upwards of 750 sessions, so this was really a minor issue (customer confusion notwithstanding).

One quirk with the new AU website is that (at least at the time of writing) the player doesn’t include a speed control. I shared a “hack” to help with this in this YouTube video:

In the meantime I’ve found out (thanks again, Marco Fiocco!) that there’s a handy Chrome extension that can also help with this problem.

The panels and roundtables

I didn’t really get to attend any panels or roundtables. Recordings will be posted soon to the AU site, and I’m certainly looking forward to catching up on these once that happens.

The closest thing I did attend was a community meetup – DynaZoom – which was a huge amount of fun. We ended up being in multiple breakout groups during the course of the event, so it was really nice to meet so many people. 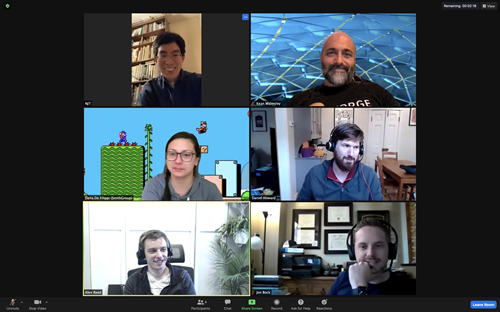 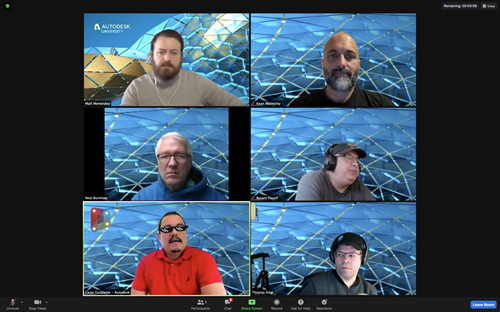 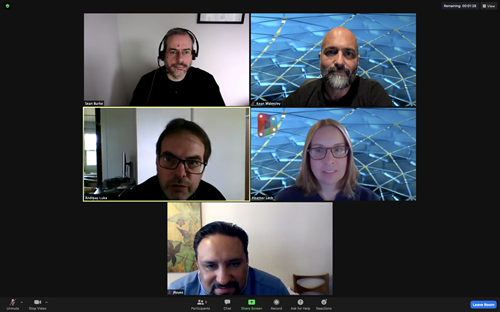 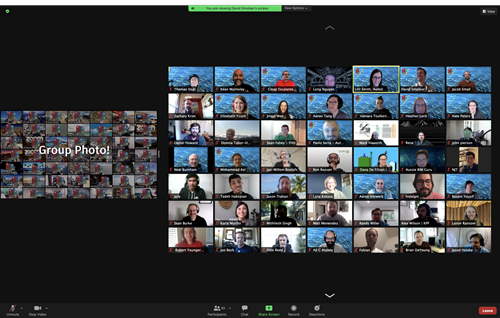 It’s not the same as being together in person, but on the bright side there wasn’t a mechanical bull anywhere to be seen.

The Answer Bar was very lightly attended (by non-Autodesk people, anyway), this year. I’m not sure what the core reason was – whether it was just not appealing to people, being online, or whether there was a technology-centric reason – but in any case I attended three 2-hour sessions and saw a handful of customers.

That said, it was fantastic to catch up with colleagues from around the world. In my first session I got to hang out with a bunch of old friends in the Americas: 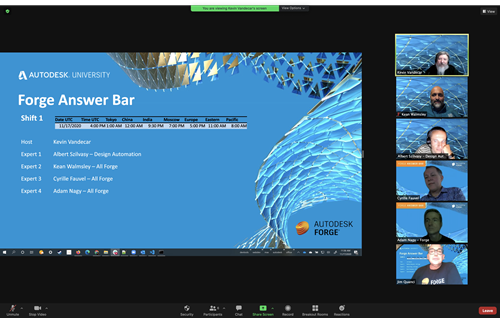 I also snuck back in during another shift and got to catch up with Sandip from CCTech, which was also nice. 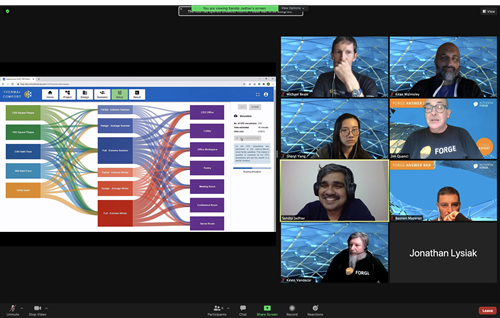 The second session ended up being a great opportunity to brainstorm potential new IoT-centric projects with Petr Broz. Expect to see something really fun show up involving a programmable vacuum cleaner, at some point. 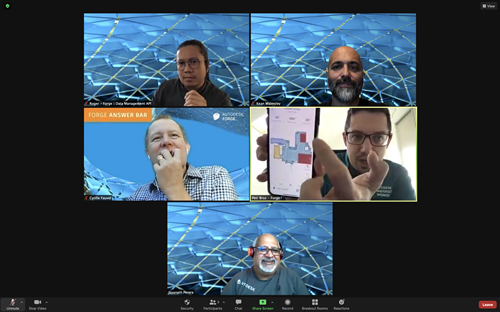 We did have a couple of customers swing through, including Abed who had come to the last Forge Accelerator in London. 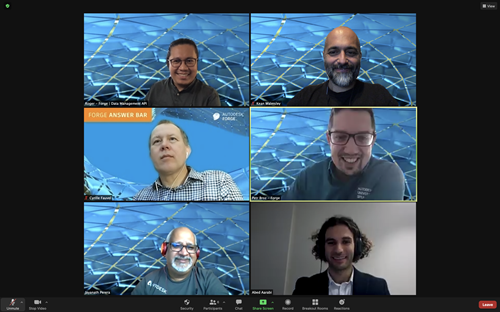 My third session was another internal networking opportunity. We actually had two customers come through – at the same time, no less! – which really stretched our organisational capabilities (the original plan had been to have each expert in their own breakout room with a steady stream of customers being assigned by the host, but given the lack of traffic we all ended up huddling together for warmth in the lobby). 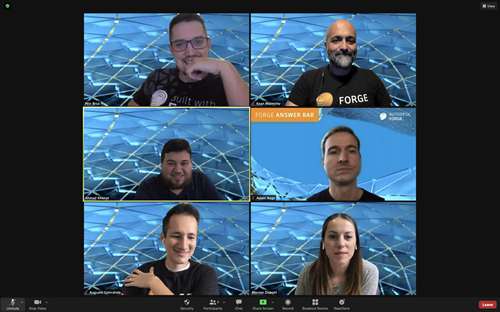 While it didn’t prove as popular as hoped – and you have to try these things, right? – I actually had a lot of fun during my time in the Answer Bar.

I didn’t participate in any of these sessions myself, but by all accounts – much like with the Answer Bars – attendance was light. It’s always tricky to get people "to step into the booth” during in-person AU events, but it turns out it’s even harder when virtual. I think it’s just a hard problem to solve.

My colleagues running two of the sessions I mentioned in this post are likely to run some more sessions in the coming weeks/months – while they didn’t get many people participating during the Au week, the feedback they did get was hugely valuable – so watch this space on that front, as I’ll for sure be announcing something here.

There were (and still are!) some fun games posted to the AU Arcade. Being a retro-computing fan, I had a lot of fun with Forge Man.

I gave Fake or Foto a try, too, it it seems I did exactly as well as an average chimpanzee would have. 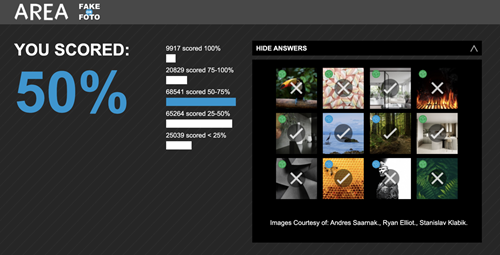 I don’t know if everyone took a look at the digital swag or not, but there are some really nice Zoom backgrounds and 3D printable files in there. (No T-rex chicken arms, unfortunately, but nonetheless very nice.)

Here’s one of my favourites. I can’t tell you whether it’s real or virtual, though (well I could, but I’d only have a 50% chance of being right). 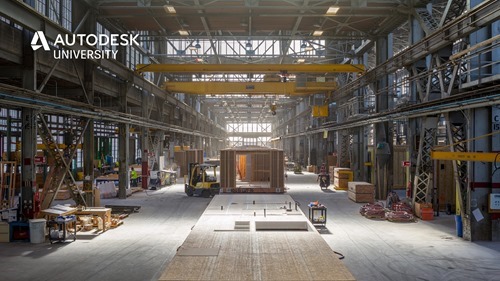 A nice parting gift was the virtual AU badge. If you tweeted your details to the AU team, they would tweet you back a virtual badge: 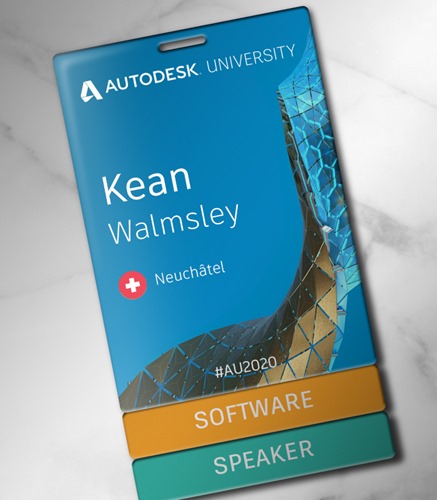 I thought this was using a bot, at first, but then it turned out these were being turned around by real people. Thanks so much for doing this – I’m sure you were all pretty tired after a busy week.

I’d like to extend a huge thanks to the whole AU team for organising a great event: I know they all put in countless hours to make things work, and the waters were certainly unchartered. Also to all my fellow speakers and the volunteers who helped out with the various activities – I hope you got as much out of it as I did. This event was a great stop-gap in a challenging year: it did as well as it needed to, and people will be happy to get back together in person at next year’s event (assuming the various vaccines about to hit the market prove successful in managing the pandemic). Fingers crossed!