This year’s Halloween was destined to disappoint: we’d held out some hope until the 30th that the kids (which just means our youngest, at this point) would end up being able to go trick-or-treating in our village. Understandably – but disappointingly – the announcement came that any kind of trick-or-treating was off the cards for this Halloween.

Stricter rules about groups of people were also announced, but with effect from today. From today onwards any kind of public or private event can have a maximum of 5 people present. Given the acceleration of cases in Switzerland, this is completely appropriate. (To put things into perspective, we had 9,000 new cases for a population of 8.5 million. With that same proportion we’d be seeing 345,700 daily cases in a country the size of the USA. Gulp.)

As on Saturday we were still on the “maximum of 10” guideline, we decided to celebrate Halloween a little differently. We headed up into the hills just above Neuchatel and made a campfire in the mouth of a cave under the roche de l’Ermitage with a few family members and close friends (we were 10 in total). We sat around, drank a cup or two of mulled wine, grilled sausages (mine were vegan but not so bad with enough mustard) and told ghost stories. 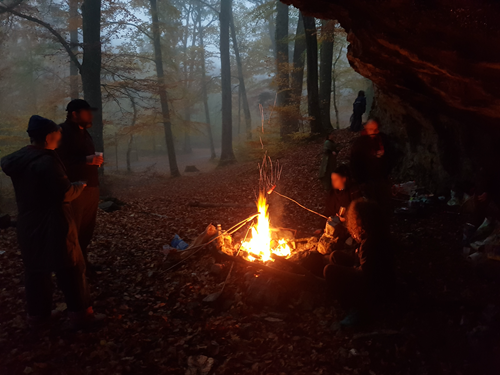 We set up a few jack-o-lanterns in the cave itself, which added to the spooky vibe. 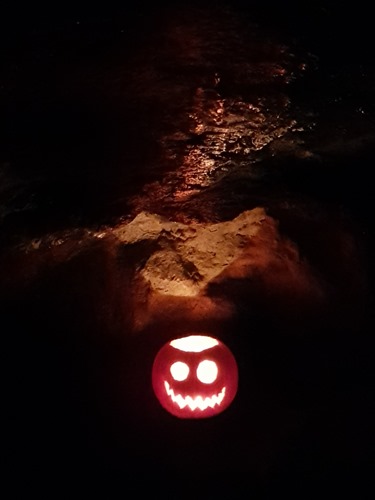 It was actually a very special evening, and the younger kids (of which there were 3) had a lovely time. Very different from the usual, but it will certainly be one they remember. We were home early enough to welcome any last trick-or-treaters, but it seemed everyone had given up on it happening, so we watched a couple of scary(ish) movies and called it a night.

On an unrelated note – unless you consider talking about skeletons to be Halloweeny – our team working on Project Ajna (which is the computer vision pipeline that generates skeletons from camera feeds, such as we’ve deployed at Kingspan’s IKON building and are about to deploy at the MX3D bridge) have made some really interesting progress.

They’re now able to extract skeletons in 3D (in the past it may have looked 3D, but was really 2.5D, in that a skeleton’s joint positions were always all in a plane that’s parallel to the far plane of the camera frustum). This is an early screenshot that gives you a sense of what’s possible, and where we’re getting to. 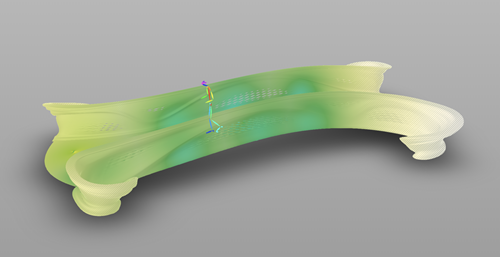 This is very cool progress, and I’m looking forward to where this will end up. Many thanks to Pan Zhang and Liviu Calin for their hard work on this!