Dreaming of AU and Forge Accelerators

This has been a strange week, at least in terms of dreams. I mentioned earlier in the week (on Twitter and LinkedIn) that I’d had a dream about Autodesk University where I was only partially present: I was running between meetings while everyone else was having fun attending sessions and hanging out at social events. I also noted this wasn’t so very different from reality (at least the way I perceive it), but that’s just me playing the victim. I love AU even if it’s always a bit hectic.

I have a feeling this dream was probably triggered by last week’s class acceptance email, which means I’ll certainly be participating in this year’s all-digital AU in some capacity (and hope to do more, too). 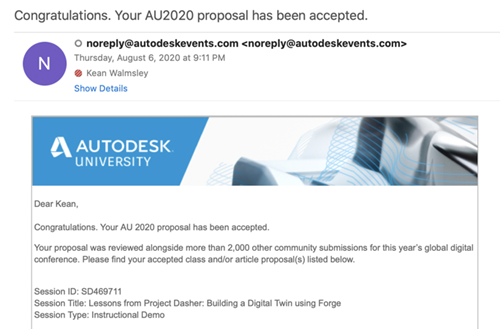 Last night I had an even stranger dream: I was late for dinner with some childhood friends – mainly because I was killing time by snowboarding, go figure – and when I eventually turned up, apologising profusely, I realised it was also the celebration dinner for a Forge Accelerator, and I was actually expected to join a different table than the one with my old friends. They were very understanding, which was nice of them.

This dream was almost certainly triggered by a blog post of Jaime’s, which I remember reading before turning in and saying to myself “I really must blog about that tomorrow”. Which I suppose I’m doing now, just not quite as I’d expected to.

Jaime’s post mentions the upcoming virtual Forge Accelerator – codenamed Rapa Nui, one of the favourite destinations on our round-the-world tour of 2017 – which is coming up from August 24th-28th. He was highlighting some pre-Accelerator sessions – scheduled for August 18th and 19th – that are open for all to attend: if you’re working with Forge (or interested in doing so), then I encourage you to sign up. The sessions will no doubt be highly informative, as ever. 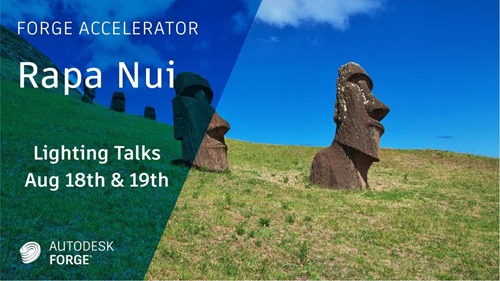 It seems it’s also not too late to sign up for the Rapa Nui accelerator – or the one coming a month after it codenamed Asgard, in case the timing doesn’t work – so do consider applying to attend one of those, too. It’s a great way to kickstart or accelerate your application development with Forge. I expect I’ll be talking about some recent updates I’ve made to Dasher during one or other (maybe even both?) of these events, too.

So what’s with all these dreams I’ve been having? At some level I suspect they’re simply telling me that I miss attending this type of event and the human contact they bring. I am appreciating the reduction in travel this pandemic has brought – and the chance to spend more time with family – but I do miss connecting with people in-person. Hopefully things will start to free up a bit as we head towards 2021…