Yesterday I was back at the NEST building in Dübendorf for Autodesk’s first BIM 360 community event in Switzerland. It was nice to be back there, even if just to see the progress being made on the construction of the HiLo roof. Here’s the view from the ground: 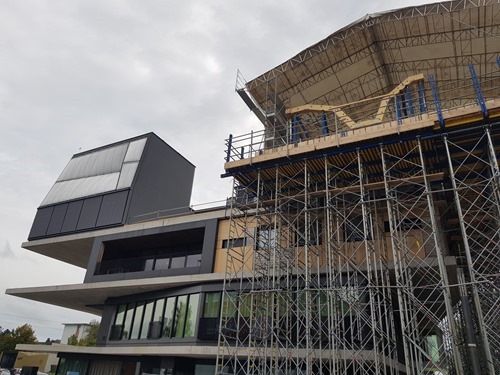 I also went up to take a few snaps from the roof. You can clearly see the knitted cabling that will provide support for the structure. 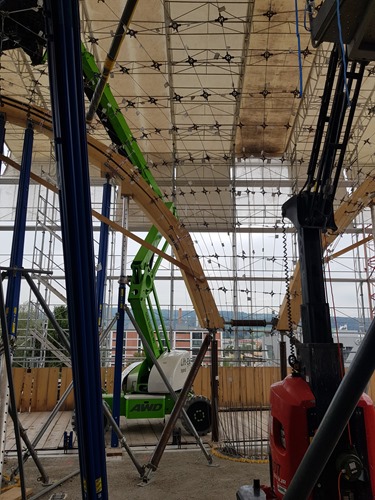 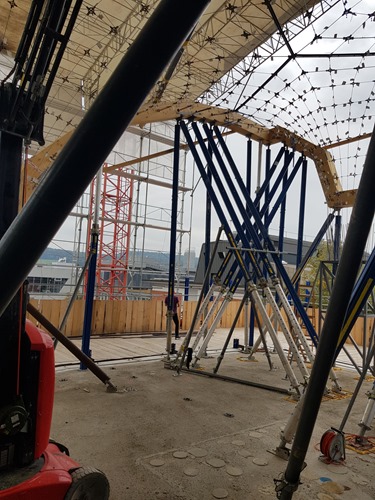 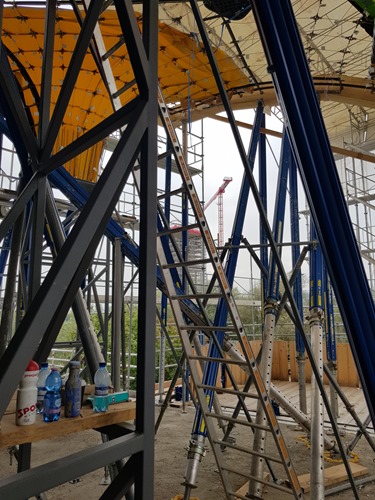 There were a few people working on the structure, too. (I took my snaps from an open doorway as I didn’t want to disturb them.) 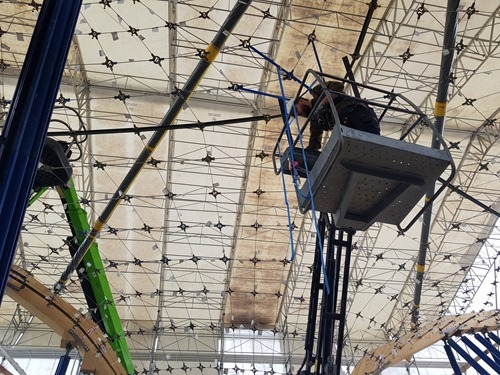 But I wasn’t there to inspect the HiLo progress, of course. The BIM 360 event kicked off with an introduction by Daniel Schiller, our Strategic Account Manager for AEC in Switzerland. 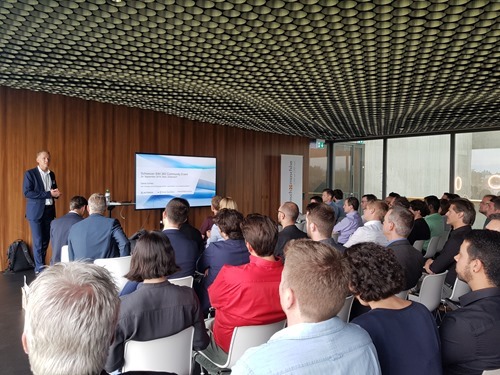 You know you’re at an event in Switzerland when there’s Rivella being served. (If you don’t know what I’m talking about, you have to try it: a fizzy drink derived from milk. I kid you not… and it’s really good!) 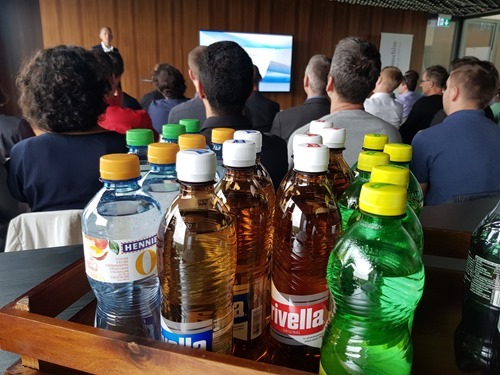 The event was held in German, but I managed to follow a reasonable amount. 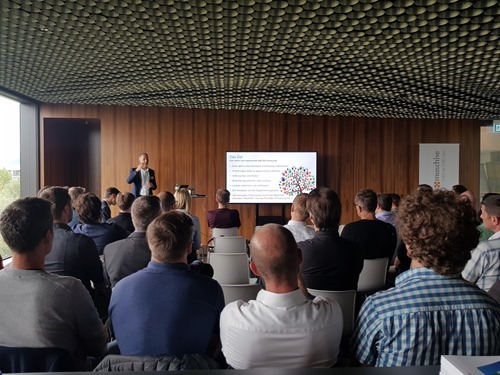 The view from the top of the NEST building is good – here’s Thomas Mueller from Mensch and Maschine, checking on some activity outside. 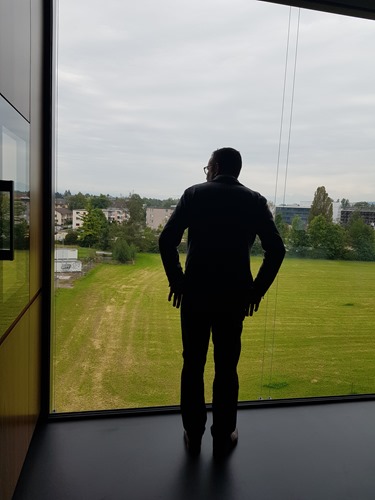 Thomas was probably looking at this drone being flown around… we saw it whizzing past at one point performing some kind of construction-related task. Being at NEST is at times a bit like living in the future. 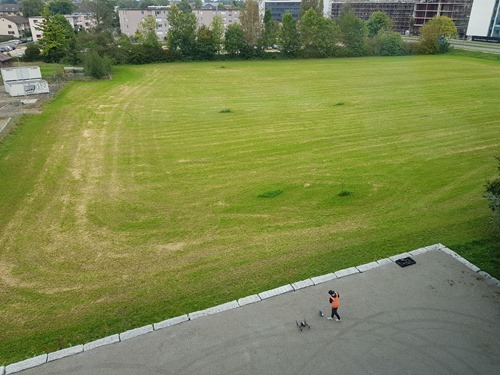 My session on Digital Twins was with Matthias Wasem from BIM Facility AG, who were involved in the modelling work to get NEST into Dasher 360. 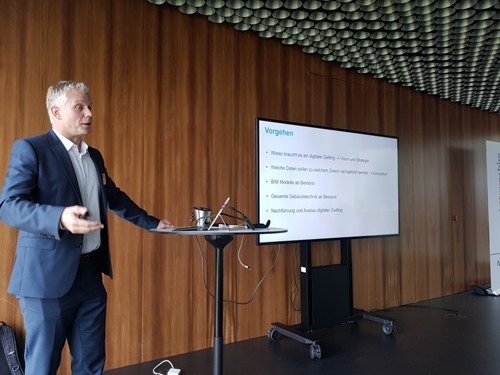 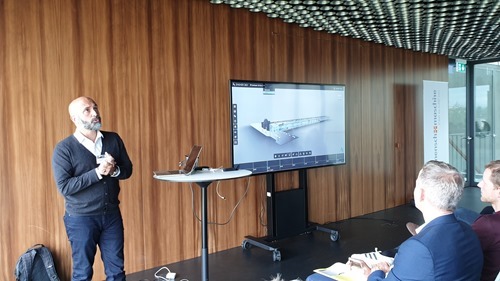 The event was well attended: almost all of the 60 registered came along. 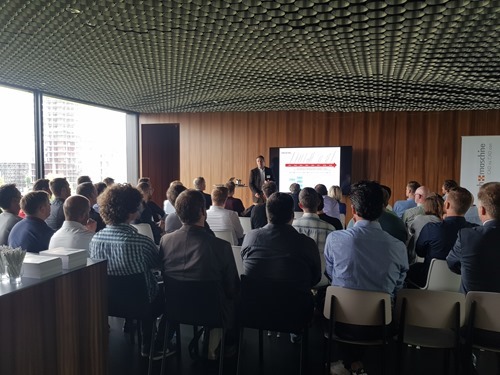 Unfortunately I had to leave at the first break: Daniel had kindly scheduled me early on in the agenda, as today I’m heading back across to Paris to attend a customer meeting tomorrow morning. If anyone attending had questions that I wasn’t able to answer during the break, please do drop me an email.

Many thanks to all those involved in the event, particularly Daniel, Gilbert, Michael, Matthias, Joerg and Thomas. I hope I get the chance to attend – and perhaps speak at – future BIM 360 community events in Switzerland. Hopefully we’ll even be able to extend participation beyond the German-speaking area of the country (which would inevitably mean the event would be held in English, allowing me – selfishly – to get more from attending ;-).