« There's still time to register for the Forge DevCon @ AU Germany | Main | Looking back at the GD for AEC Residency; looking forward to the DBEI Hackathon »

Talking to VINCI in Paris

After a quick trip to Zurich on Tuesday, on Wednesday I took the train to Paris. I’d booked a hotel that was convenient for our Paris office, and walked there from la Gare de Lyon through le Parc de Bercy. 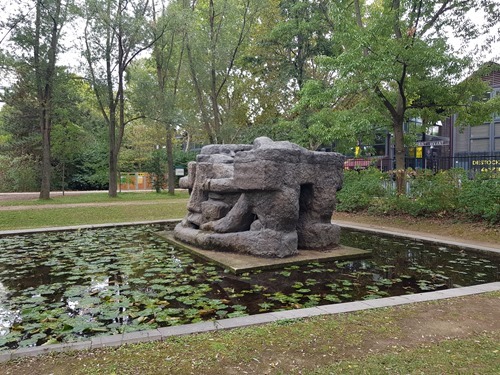 I’d made tentative plans to meet up with friends in the evening, but as they had to cancel (for excellent reasons) I ended up wandering around Bercy Village to get a quick bite to eat. I’m mostly a people person, but I have to admit that having the occasional evening to myself is bit of a treat. (I’ll be back again in Paris for two nights next week and so will hopefully be able to catch up with my friends then.) 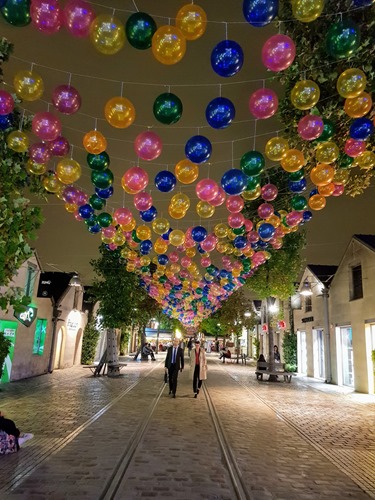 In the morning I crossed the Seine to get to Autodesk’s Paris office. I was there to present an introduction to the work Autodesk Research has done around generative design to people from various parts of VINCI, a very important customer of ours. It was part of a workshop organised by Roméo Sanches, our Customer Success Manager who works with VINCI. (Thanks to Roméo for providing the below two photos!) 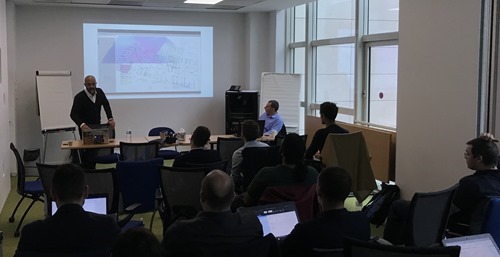 I talked for about 90 minutes about our various projects, as well as the tools Autodesk has made available to apply generative design in the AEC space. 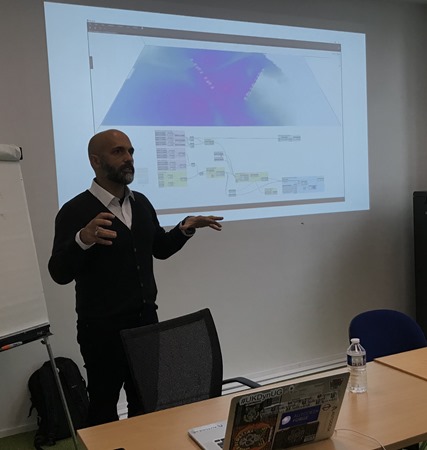 Emmanuel Lagardette from our Consulting team delivered the second half of the workshop, focusing on more practical aspects of implementing GD workflows. 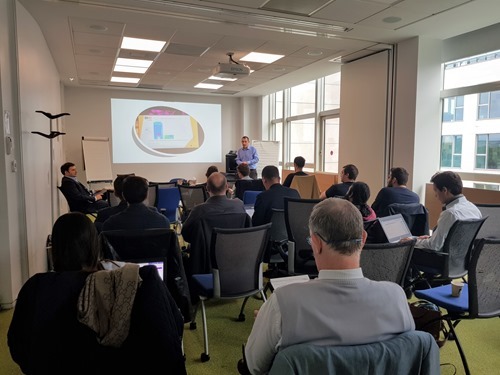 I had a relatively early train home, so had to leave before the meeting was finished. I walked across the Passerelle Simone-de-Beauvoir – a very interesting footbridge – to get back across the Seine towards la Gare de Lyon. 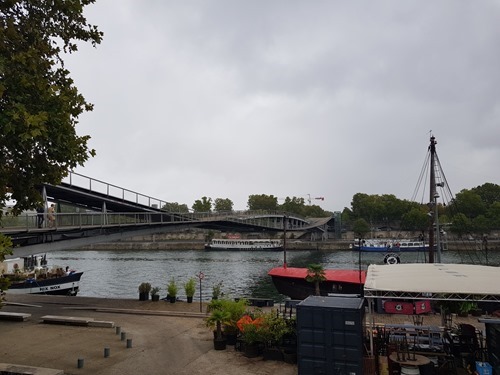 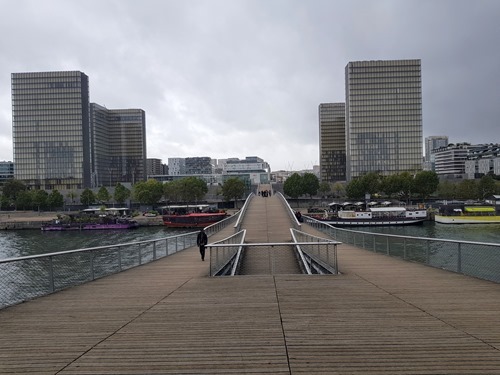 I’d been asked to join a 2-day internal workshop in Boston starting yesterday, but couldn’t travel there (of course) due to the VINCI meeting. As it was I was able to call in from the train (or I should say trains, as I somehow ended up having to take four of them) and then from home for the full working day Eastern time (which meant from 3pm to 11pm, locally). A loooong day.

When I first joined the call the Zoom system somehow had me up on the screens in the conference room in stereo (although not 3D, unfortunately ;-). Here’s a pic of me on the TGV one of the physical attendees shared. 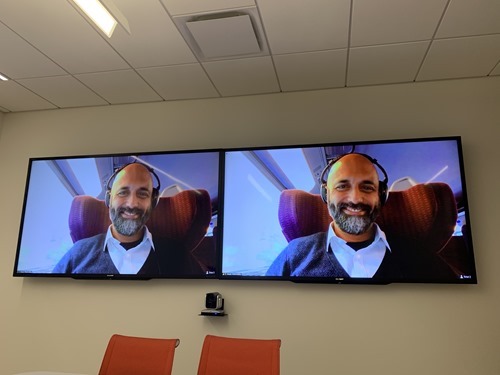 I’ll be joining the call again at 3pm, but have a few other meetings between now and then. This weekend is our annual wine festival in Neuchatel, so I’ll have ample opportunity to unwind at the end of this busy week.

Posted on September 27, 2019 at 09:09 AM in Autodesk Research, Dynamo, Generative design | Permalink