« Week 1 of the Generative Design for AEC Intensive Residency in Toronto | Main | A Residency, a Hackathon and some time off »

On Tuesday I flew across to Schipol airport for another Generative Design-heavy few days in Amsterdam: I’d been asked to deliver a keynote as part of a multi-day meeting between Autodesk’s account team and Arup’s strategic sourcing team. The focus of the presentation was primarily Generative Design with additional information regarding Digital Twins (and specifically MX3D).

It was a very nice day, flying out of Zurich. I had a window seat (with a clean window!) for once, so took some photos on take-off and landing. 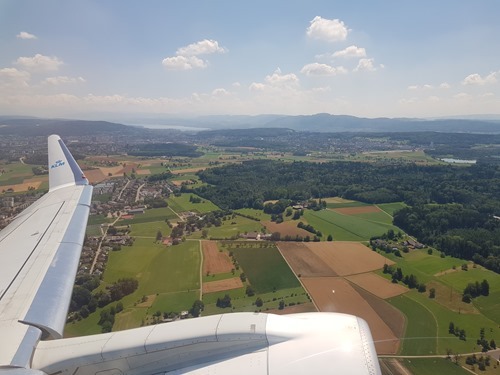 There was lots of farmland at both ends of the trip: the big difference was, of course, at the horizon. 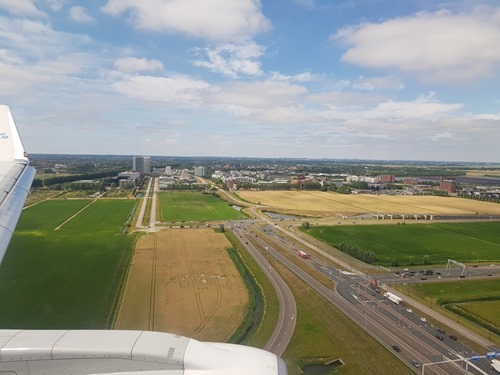 I arrived during the afternoon and so had plenty of time to get to our hotel in Zaandam and attend a few meetings before we were due to meet for dinner. 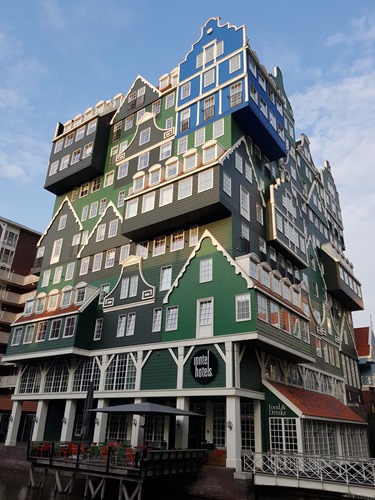 The hotel was pretty wild-looking. It was also conveniently located (19 minutes by train from the airport), nicely designed and surprisingly affordable, too. I’d definitely stay there again.

At the hotel I was happy to see Dave Shepherd, an old friend from my time at Autodesk in the UK (from back when we had our office in Guildford). Dave is now a consulting manager for Autodesk in EMEA, although he’s held a number of roles both within the company and at customers’, over the years. 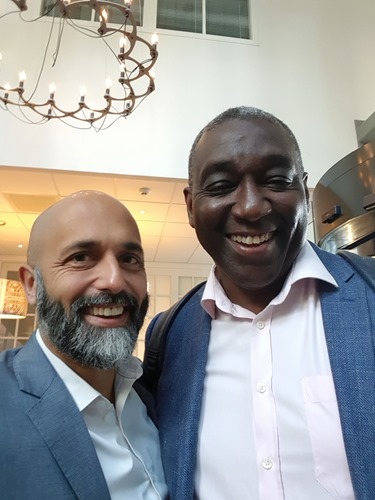 We had a nice dinner with the Arup team at the Café-Restaurant Amsterdam. Dave chose snow crab for a starter, and we were all a bit shocked when they delivered the tools he’d be needing to eat it. 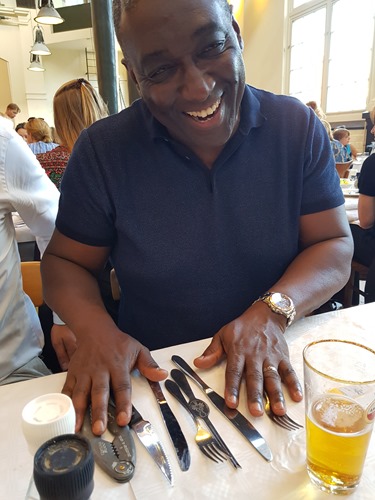 The next day I listened in on the morning meeting before presenting my hour-long session for the local team in Arup Amsterdam. It was streamed live internally and recorded for posterity (in case you happen to work for Arup and would like to watch it :-). 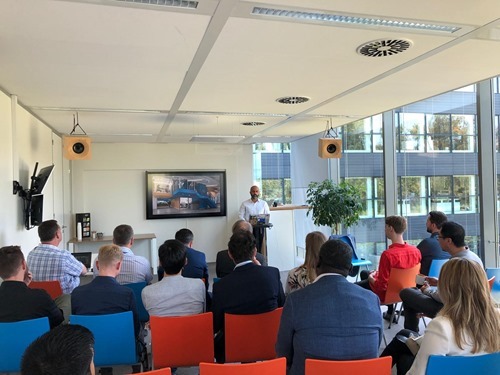 Right after this was finished I dashed off to another meeting: Rogier Van Nalta had invited me to speak with Royal Haskoning DHV – also on the subject of Generative Design and Digital Twins – and we’d managed to squueze it into the day’s schedule. 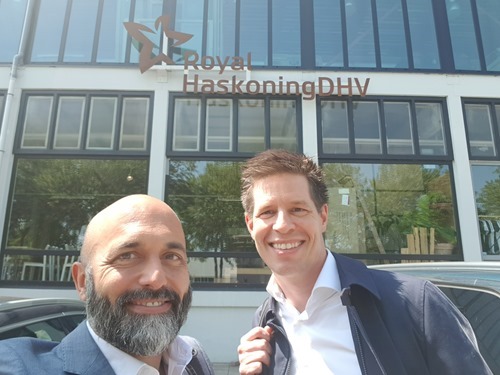 The RHDHV office is very interesting: you enter via a makerspace with a very nice vibe. 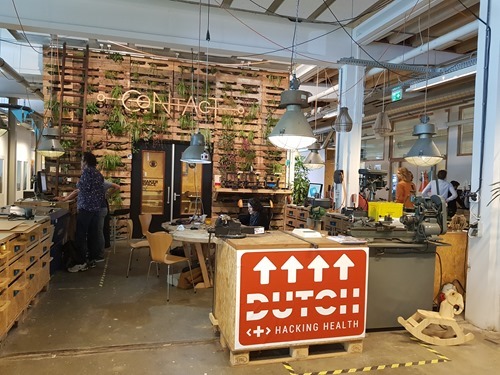 It was a much smaller group for this meeting; it was a little strange (but also fun) delivering back-to-back sessions for very different audiences. 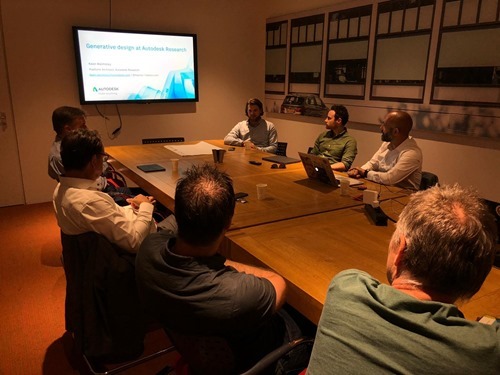 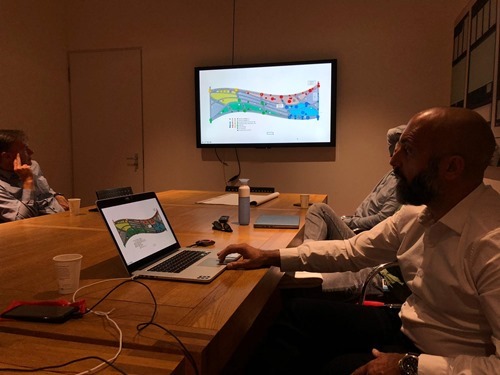 After this, Rogier dropped me across at MX3D: when I’d been asked to speak to Arup, I’d also been asked if I could arrange a tour of the famous smart bridge. The MX3D team were very nice about letting us come by – even though they’re right in the middle of a move to a different location.

We were very lucky to have Bertrand Le – an Arup engineer who has been heavily involved in the bridge project – join both my lunchtime presentation and the evening tour. He was able to do a much better job of describing Arup’s involvement in the project than I would have done, effectively making it much more relevant to the people attending from Arup (and from Autodesk, for that matter). 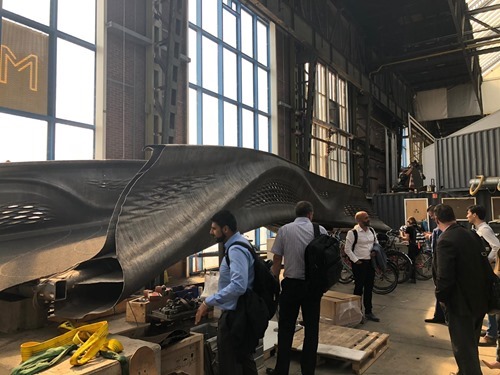 It was nice to be back at the factory to see the bridge, once again. Given the fact they’re now moving to a new facility, this may also be the last time I have a clear reason to visit the NDSM Wharf area. 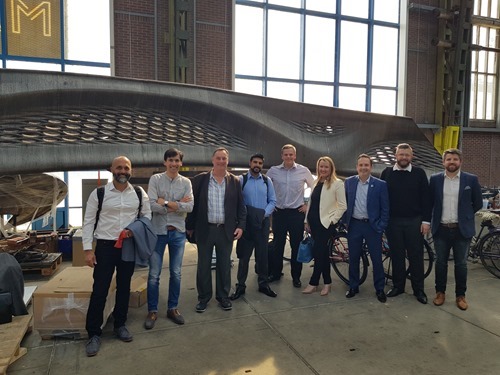 After the tour we headed back to the hotel to freshen up before a drink at Café Hoppe and dinner at D’Vijff Vlieghen (which could easily be Klingon for “very nice food” ;-). Thankfully my flight home wasn’t until the following (i.e. Thursday) morning, and I really enjoyed both the dinner and the company. 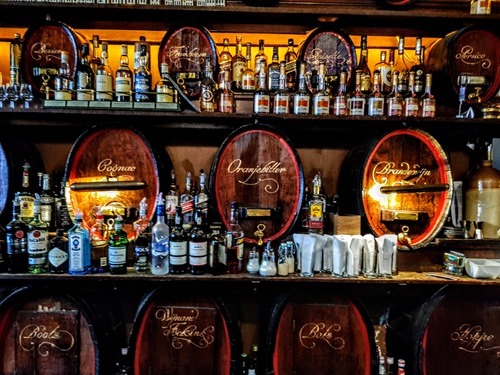 Many thanks for the warm welcome from the Arup team – Joop, Graeme, Andy, Narinder, Sander, Joost and Bernard – as well as the Autodesk team who was present – James, Chris, Peter, Dave, Michelle and Gareth. It was nice meeting you all, and I definitely enjoyed being back in Amsterdam!

On Monday I’ll be wrapping up some loose ends before taking some time off with my family. We’re doing another “staycation” (which when you’re in Switzerland isn’t a bad idea, by any means) and so we haven’t made specific plans. It’s likely we’ll spend a few days hiking in the mountains followed by a few days camping near a lake, somewhere. We’ll see!