Some good news for people who thought they’d missed their chance to speak at this year’s Autodesk University in London: the Call For Proposals (CFP) for AU London 2019 has been extended until January 25th, 2019. 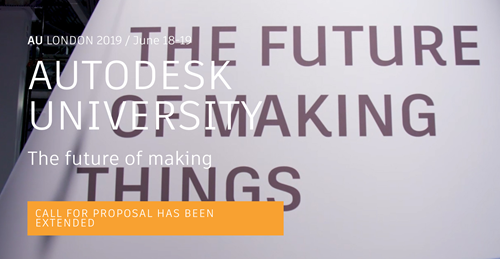 I love Autodesk University events in general, but the London edition – which I attended for the first time in 2018 – is quickly becoming my favourite, venue-wise.

Tobacco Dock is a fabulous place to hold an event, providing the weather gods are smiling. (Last year’s event was basically perfect, while the inaugural event in 2017 was very hot, apparently… and I can only imagine what it would be like if it rained: part of the venue’s charm is that it’s open to the elements, but it’s also true that what’s charming can quickly become irritating.) 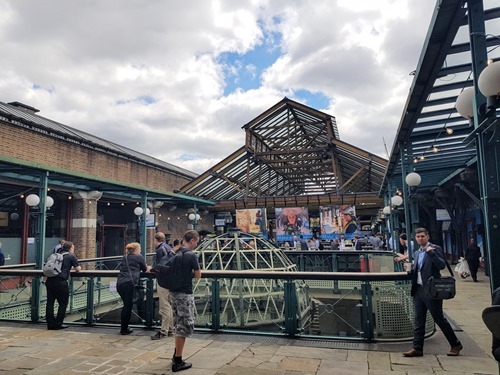 Anyway, as I really want to come back across to AU London 2019, I went and submitted two classes for this year’s edition. I’ve submitted both alongside awesome co-speakers, so I hope that one or the other will get accepted.

Here are the proposal abstracts. The first is a session about the project we’ve been working on with MX3D in the Netherlands, and would be presented with my esteemed colleague Alex Tessier:

MX3D: using Autodesk technology to enable the next generation of smart infrastructure

MX3D, a Dutch startup, has been building the world's first robotically-printed steel bridge in Amsterdam. Autodesk was involved from an early stage: initially around Generative Design - a process MX3D ended up not using to design the bridge - and later to help add "smarts" to the bridge via an integrated sensor network and associated technology. This session takes a look at this fascinating project, discussing some of the technological and sociological issues faced when placing a piece of smart infrastructure - one that can report on its surroundings and how it is used - in the middle of Amsterdam's red-light district.

The second relates to Generative Design, and would be presented with the brilliant Lorenzo Villaggi from The Living:

Autodesk Research’s in-house architectural studio, The Living, is a pioneer in the application of Generative Design technology. They have completed successful projects for a number of customers who have been featured on the AU mainstage in recent years - such as Airbus, Van Wijnen and Daiwa House - as well as for Autodesk itself. In this session we'll take a look at projects delivered by The Living, and see how they are using Dynamo with the Refinery optimization engine to implement Generative Design workflows for the AEC industry at a variety of scales.

Even if neither proposal ends up getting accepted I’ll be doing my best to get across to London for the event on June 18-19, 2019. If you manage to get your own proposals submitted by the end of this week then perhaps I’ll see you there!