An interview about generative design

While at Autodesk University 2018 in Las Vegas, my friend and co-presenter – Lorenzo Villaggi – and I were invited by Jacqueline Rohrmann – known to many of you as That BIM Girl – to talk to her (and her YouTube viewers) about generative design, and specifically the tool we helped create for Van Wijnen to perform generative urban design. 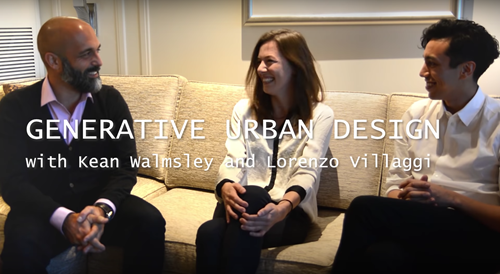 I first met Jacqueline at the AEC Hackathon in Berlin, back in July: she was part of a team – That BIM Pineapples – that I mentored. I met her again in Darmstadt at the Forge DevCon, when she gave a fun presentation over dinner about her first steps with the Forge platform (culminating in her team winning a prize at the Berlin hackathon).

It was a lot of fun catching up again with Jacqueline in Las Vegas, both at Shaan Hurley’s blogger/social media event and during the interview itself.

Many thanks to Jacqueline for inviting us to speak!

Tomorrow morning I’m heading off to Ireland for the first time to meeting with a customer in Dublin and to visit our new office there. (Yes, I know it’s crazy that it’s my first visit, but I haven’t lived in the UK for many years and I somehow never took the time/had the chance to go while I did live there.) As Guinness is my favourite beer I’m really looking forward to tasting one (or perhaps two) in a pub in Dublin. Sláinte!