There’s a video that’s currently going viral on YouTube – with 35 million views and at #4 on the trending list – wherein a former NASA engineer turned professional YouTuber (sigh) shows how he designed and deployed a super-cool glitter bomb to counter local parcel thieves. It was picked up a few days ago by the BBC, back when it had a mere 6 million views. 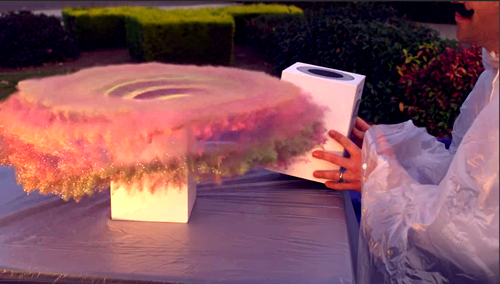 The video is genuinely fascinating, especially towards the end where it shows footage captured by the integrated mobile phones of various thieves opening it up and triggering explosions of glitter followed by releases of high-potency fart spray (I kid you not).

Anyway, what’s especially cool is that the glitter bomb was designed using an Autodesk product. Here’s the relevant section of the video showing the model inside Fusion 360:

I’m always pleased to see our software used in ways that genuinely help humanity. (Although I’m definitely bemused/depressed that theft of packages from people’s front doors is common enough to provoke the creation of such elaborate countermeasures. I doubt very much we’d see anything but the odd isolated incident in Switzerland.)