I <3 Hockey (but probably not the one you think)

Back in the UK, during my teenage years, I got into field hockey in a big way. I spent several winters playing hockey on frozen grass pitches around the East of England. When I went to University I played a lot more (between the 2nd and 1st teams, this time mostly on astroturf), and thoroughly enjoyed myself.

Once I started working things became harder… I still managed to play a few times, but mostly ended up joining teams to play other sports: Field hockey just turned out not to be a sport I could play regularly, for one reason or another.

When I settled back in Switzerland in 2006 after some years away (I had first moved here in 1998, but went to the USA and then India from 2000-2005), I found a number of Autodesk colleagues were playing a sport called floorball or unihockey. It turns out it’s a really popular sport in Switzerland, and has as much in common with ice hockey as it does with field hockey (perhaps more, in fact). I started playing it and never looked back – it was fantastic fun. For over a decade we played once or twice a week, either indoors or outdoor, depending on the weather.

This time last year – just before my family headed off on our great adventure – members of the Autodesk Neuchatel Unihockey team surprised me by presenting me with a golden unihockey ball to accompany us on our trip. 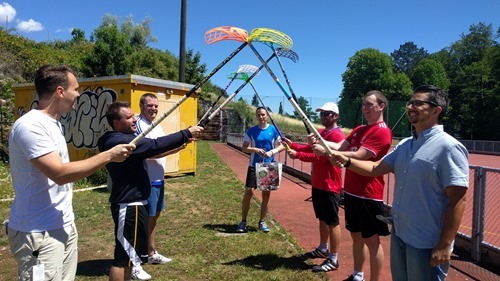 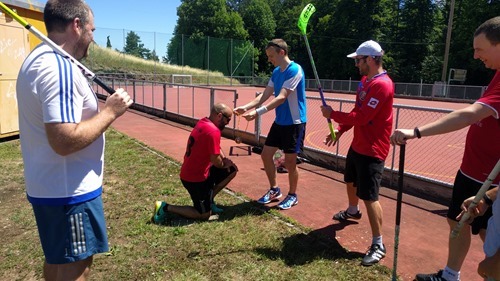 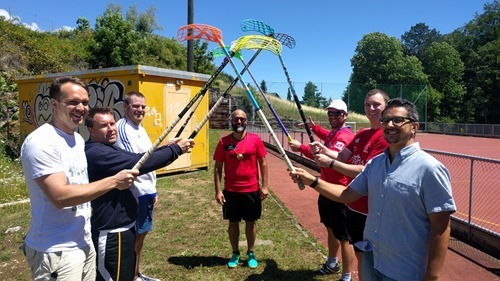 The idea was that I’d have a reminder of our matches, but also hopefully find time to send back a few photos of the golden ball in different places. Well, I ended up sending back around 80 photos of the golden ball in various shots in different countries, although the gold paint had worn off completely by the time we brought it back home. (But yes, it did make its way home!) 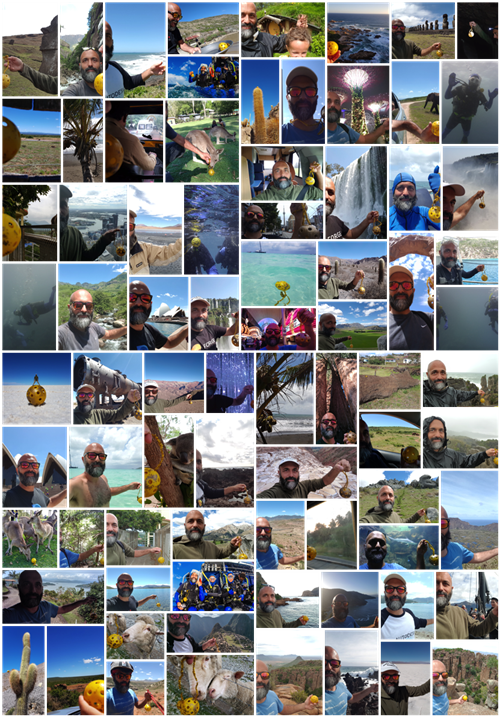 During the trip I definitely missed our unihockey matches, but was happy to have some connection with everyone back in Neuchatel.

Then December 2017 came around… It was utterly heartbreaking to get the news of the office closure during the last month of our trip. As much as anything, I knew it would mean the end of our unihockey matches: perhaps some people would stay locally and manage to play, but it wouldn’t be the same. I knew the impact on the office would be much larger than the ability to play unihockey regularly, of course, but perhaps strangely this ended up being one of the things I knew I would miss the most from our time together. It’s funny how things work.

Now that the office is really winding down, I have very little hope we’ll be playing together again before the end. I do want to say thanks to everyone who played unihockey from the Neuchatel office, over the years: it was – for me, personally, at least – a fantastic time, and I already miss it immensely.

Sometimes, in life, one door opens as another closes. We had just settled back home in January, when an old friend got in touch and asked if I’d be interested in joining the newly re-formed Neuchatel Hockey Club (NHC), this time to play (once again) field hockey. I decided to give it a go – not having played in 20 or so years – and (once again) found it a lot of fun. This weekend we played in our second mini-tournament in Lausanne. The club is still in its “forming” (or perhaps “storming” stage… it’ll be a while before we’re “norming” or “performing”), and it’s great being back part of a hockey team. 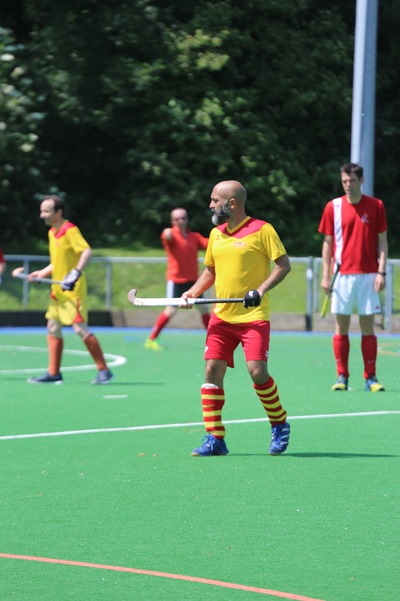 Today I flew into Delft for SimAUD 2018, and the first thing I did – after renting a bicycle and checking into my Airbnb – was to find the local sports shop and buy some new hockey equipment. (I’ve been using my equipment from the 1990s, and it’s really showing its age… I feel like Austin Powers when I get on the pitch. “Yeah, baby!”) Field hockey has unfortunately always been a second-tier sport in the UK – and is basically unknown in Switzerland – but there’s hockey equipment in virtually every sports shop in the Netherlands, which is a breath of fresh air. So I now have a new pair of (orange, as we’re in Holland) astroturf shoes as well as a new pair of shinguards… I didn’t buy a stick, mainly because I wouldn’t be able to carry it on as hand-luggage on my flight home. But I should have one that I ordered in the UK waiting for me on my return, so at this stage I should be all set, equipment-wise.

I’m happy that I’ll get to play some form of hockey, moving forwards. It’s really important to me to have regular sporting activity, in some capacity: if I go a few days without doing anything I start to go stir-crazy, especially when working from home. I hope to find some way to be able to continue playing unihockey, too… it won’t be the same as the fantastic years we had playing at Autodesk Neuchatel, but life does have to go on. We’ll see how things go!