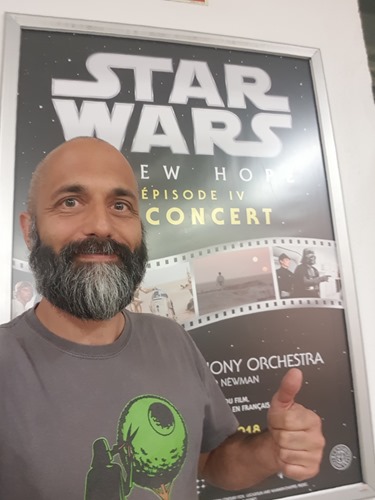 To help celebrate Star Wars Day, I’ve decided to talk about an incredible concert I was lucky to be able to attend with my wife and friends last weekend. It’s funny: I remember booking tickets for the concert way back during our round-the-world trip: it was a rainy day in Sao Paolo when I found out about it and immediately snapped up seats.

The event was a ciné-concert of Star Wars Episode IV: A New Hope held at the Théâtre de Beaulieu in Lausanne with accompaniment by the 21st Century Symphony Orchestra. I hadn’t realised before, but “film concerts” are quite a thing: the 21st Century Symphony has performed the music during showings of The Lord of the Rings  and Harry Potter, for instance. And various other orchestras around the world have held concerts for films from the original Star Wars trilogy, too.

Anyway – I was hugely excited to attend this concert. Just arriving in the theatre was fantastic. 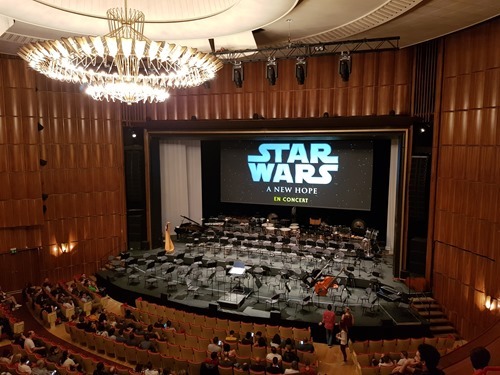 Then the orchestra arrived… 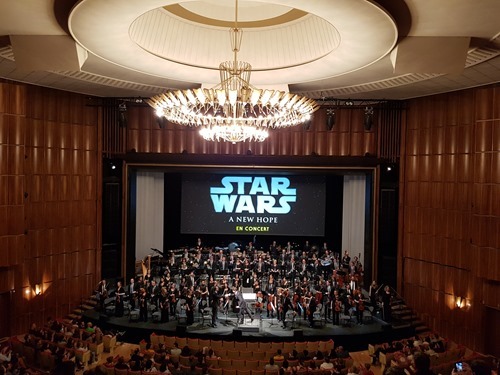 As a Disney-licensed production, the theatre staff were careful not to have people take photos or videos. I did manage to capture the opening crawl, which should give you a sense for the experience.

It was really powerful. Having the music performed live really gave the film a whole new dimension. My wife isn’t a Star Wars super-fan (to say the least) but nonetheless really enjoyed watching it with the orchestra. 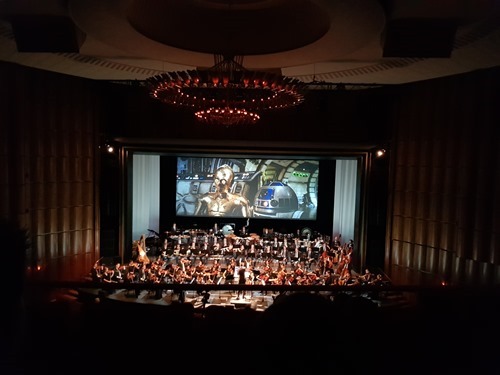 I guess the only disappointment (and that’s a big word for it) was during the Mos Eisley Cantina scene: I was really hoping they’d somehow find a way to perform the music for that scene, too. Perhaps it wasn’t part of the main score. Ah well. 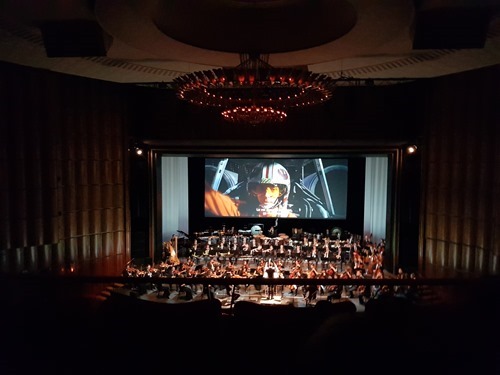 The film shown was the 1997 Special Edition. I suppose it was inevitable – as a Disney-licensed event – but part of me had really hoped they’d either use the original 1977 release or the awesome Despecialized Edition. 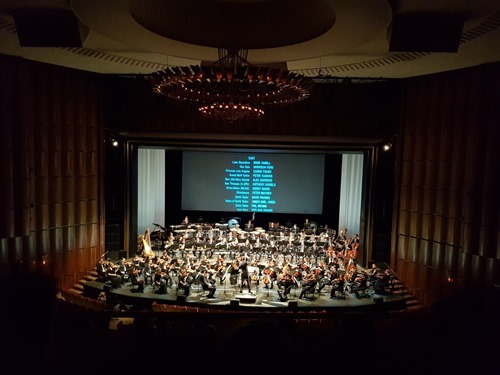 The orchestra did an amazing job. At times I really felt for them: there are whole sections of the film where they had nothing to do. They clearly weren’t allowed to look around at the screen, either, so most seemed to enter some kind of meditative state… it can’t have been easy, but I expect they’re used to it. 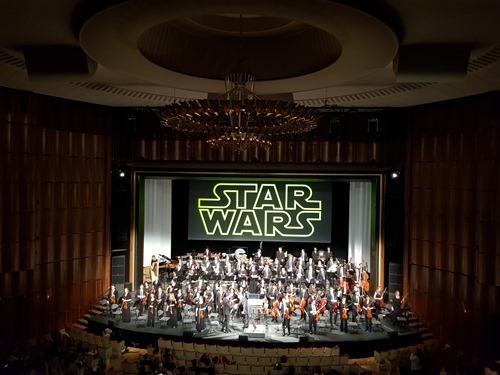 It was a fantastic evening. I sincerely hope the 21st Century Symphony Orchestra plans to tackle Episodes V and VI, at some point: I’ll certainly be there to watch them!

Enjoy your Star Wars day… May the Fourth be with you!