This week I’ve been in Detroit for Autodesk’s annual internal share-fest, TechX. In previous year’s we’ve had Technical Summits and X-Summits (for eXperience), but this year is the first combined event welcoming 1,000 Autodesk employees to the Motor City.

A lot of the content from the event is – of course – internal, but here are some shots I can share.

Being a Delta hub, flights to Detroit from my part of the world mostly seem to go via Amsterdam or Paris. In fact I’m heading out via Schipol and back via Charles-de-Gaulle. 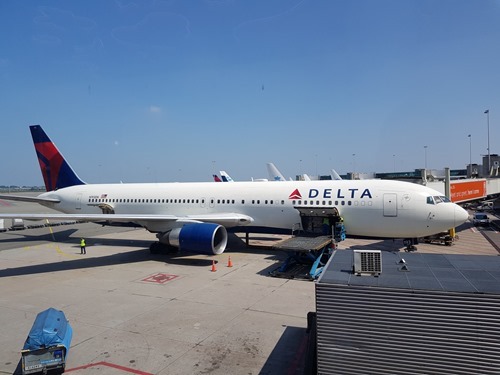 In an attempt to mitigate the effects of jetlags I arrived a day early – on the Sunday evening – which gave me the whole of Monday to visit the Detroit downtown area. 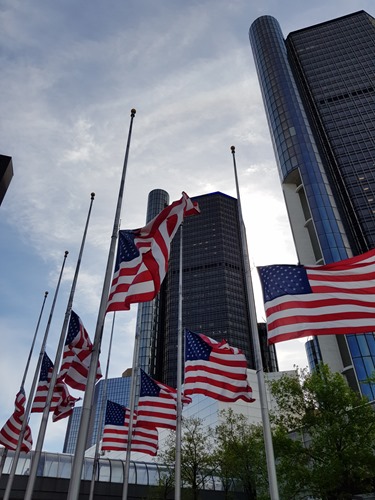 Being here with jetlag usually gives me the chance for a few early-morning visits to the hotel gym. This one had a pretty spectaculat view over the Detroit River.

TechX is a great chance to catch up in person with people you work with remotely. Here’s the core of the Dasher team together. Hali Larsen, Simon Breslav and myself. 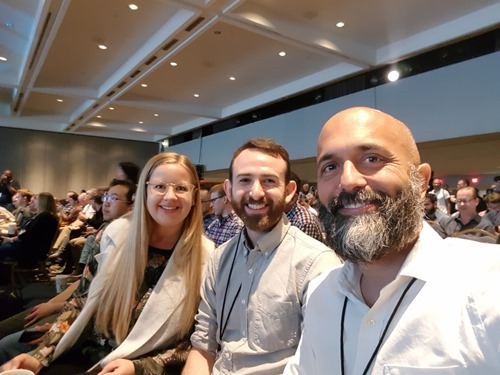 This year I chose to spend most of the first day in a Machine Learning workshop talking about Tensorflow.

The first evening’s welcome reception was held at GM World, in the basement of the building in which the event was hosted:

As you might expect, there were plenty of cars on display.

It was another great chance to catch up with old friends… here’s me with my old buddy Thomas Schwaiger. 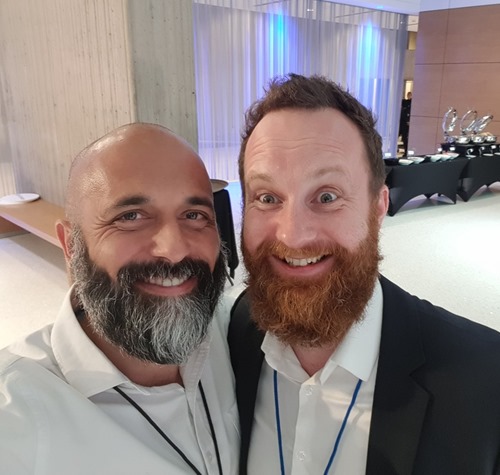 There are also external speakers. Here’s a photo from the session by GM’s director of Additive Manufacturing.

I typically try to present at TechX, mainly as it guarantees a space at the event. As I was travelling for the latter half of last year, I didn’t really feel I had a technical topic to present. So I ended up putting together “An Engineer’s Guide to Being Social”. Focused on Social Media, of course.

Here’s a quick snap of the room I presented in before people started to come in:

The third day’s keynote had a session by Jon Pittman, our VP of Corporate Strategy. It was really nice to see him showcase two of my favourite Dutch companies, MX3D and Van Wijnen.

I was really happy to see Michael Ford – the Hip Hop Architect – take the stage to talk about their architecture camps for kids.

There were a number of presentations by colleagues in our Office of the CTO. Rhy Goldstein presented a great session on DEVS, and how it can be used for any kind of simulation. If you’re interested in this topic you should check out SyDEVS which has recently been open-sourced.

Another session by Jason Cuenco from our Robotics Labs talked about Digital Twins. A topic that’s dear to my heart… it was nice to see Jason refer to Dasher 360…

… as well as a passing reference to Dancing Robot.

The final evening’s reception was held at the amazing Henry Ford Museum. What a place!

There were, of coursem, plenty of incredible cars on display:

Here’s the car in which JFK was shot! Surprisingly it was refitted – with increased security – afterwards and used by Presidents Johnson, Nixon and Carter.

Around the museum they had a number of fantastic “Mold-A-Rama” machines that stamp out injection-molded plastic souvenirs: here’s one that molds a miniature of the Kennedy Car. The Future of Making Things!

Aside from the cars there were some fantastic locomotives on display.

And planes, too. Although it wasn’t completely clear if this one was a plane or a helicopter.

One of the highlights was a visit around the only Dymaxion House in existence. This was a completely revolutionary idea… the world would have been very different if the project had succeeded.

I’m attending a post-conference session on implementing applications using NextGen Forge services, after which I’ll be heading to the airport to take my flight to Paris and then onwards to Geneva. It’s been a fantastic event, as usual… I look forward to applying some of what I’ve learned during the week and talking about it via this blog over the coming months. 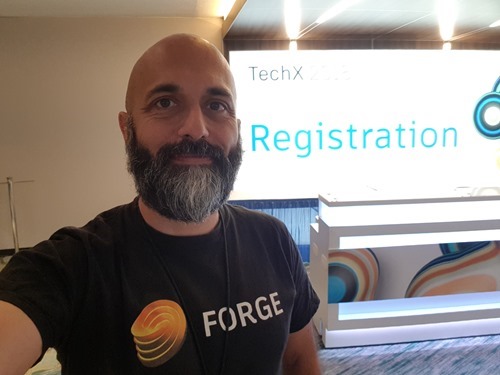