Colleagues in Autodesk’s Office of the CTO (OCTO) – who work in the robotics lab on Pier 9 – have just released the code for a new tool called Mimic.

Mimic is an open source plugin – with the Python code posted on GitHub – that allows you to simulate and control the use of a number of industrial robots (including various robots from ABB and KUKA). 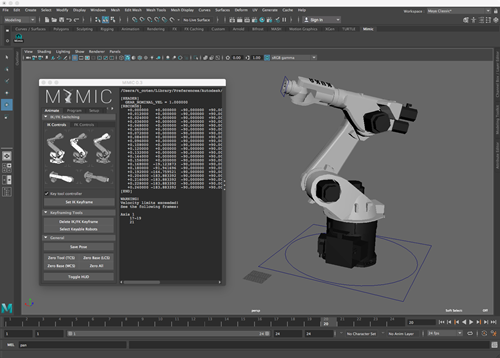 I’m really happy to see OCTO releasing open source projects in this way. If you’re interested in contributing to the project, be sure to check out the developer notes. There’s also a Slack channel you can join, to see what’s happening in the community.

Maybe Mimic might even be used to make robots dance? :-)