Happy New Year! Hopefully you all managed to take a break during the last few weeks; from our side we were focused on spending an enjoyable Christmas with our family in South Africa and then squeezing the last few drops out of our 6-month adventure.

After Addo we spent a couple of days in Port Elizabeth, with some old friends. We visited a few beaches for walks, but the bulk of our time in P.E. was actually spent at the mall. Yes, at the mall. On our night safari in Addo, the driver had mentioned going into P.E. to watch The Last Jedi on IMAX: all of a sudden it became a priority to get across to the Baywest Mall in P.E. before heading along the coast to smaller towns. And I’m glad we did: the latest installment was very good indeed.

From P.E. we headed to Knysna for a relaxing Christmas. In June of this year, Knysna was devastated by fire: in addition to the loss of life – 7 people died, including 2 firefighters – many people lost their homes and all their possessions in the tragedy. 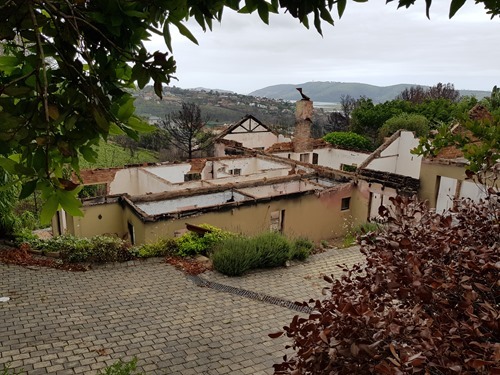 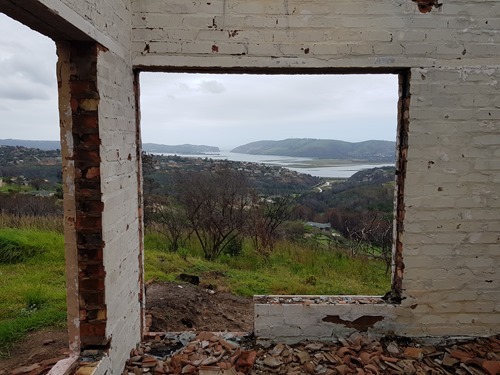 It’s still a beautiful town that people are working hard to rebuild. We enjoyed visiting The Heads at sunset. 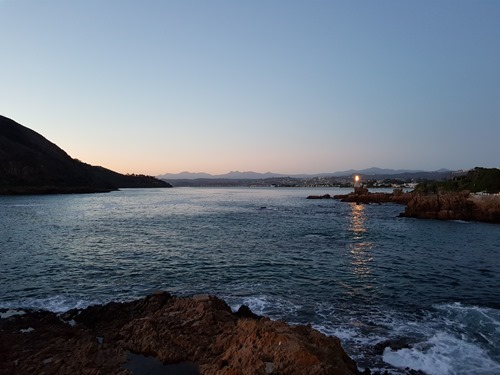 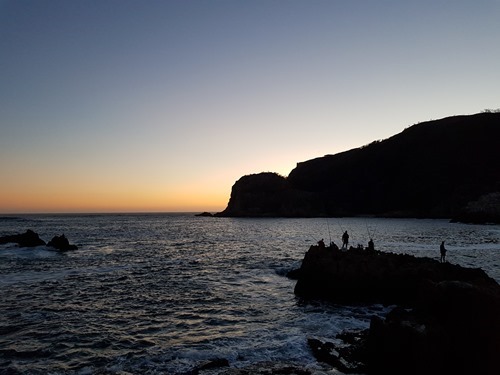 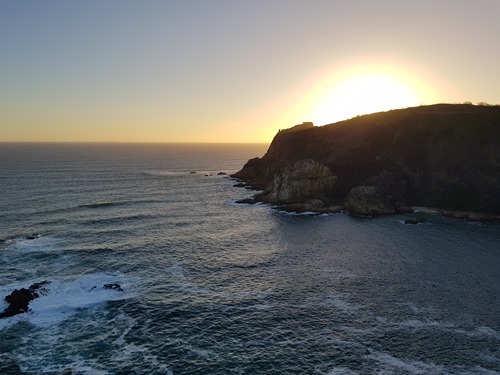 On December 28th we continued our trip, heading along the coast to Wilderness and inland from there, back to the Karoo. We wanted to visit Oudsthoorn, the Cango Caves and Meiringspoort.

Oudtshoorn is known for its ostrich farms: back in the late 19th century many farmers made their fortunes breeding ostriches for their feathers, leather and meat. These days it’s a much tougher business: bird ‘flu is a concern, and any hint of a possible infection – even in a neighbouring farm – can stop farmers from exporting for months. We hadn’t booked any accommodation for this part of our trip: we just decided to roll the dice and show up at a few places. We had our tents in the car, after all, so figured we’d be OK, one way or another. The first place we stopped was at Meijer’s Rust, which apparently had some quite remote – accessible only by 4x4 – camping on their property.

When we arrived we were told the campsite was closed – it had also been ravaged by fire a year before – but the Meijer family was fantastic: they welcomed us warmly, anyway, and let us camp in their garden for two nights. We really had the best time at Barry and Vivienne’s place: we had two fantastic dinners with them – enjoying amazing Karro sunsets – and went on a hike to a waterfall on their property. 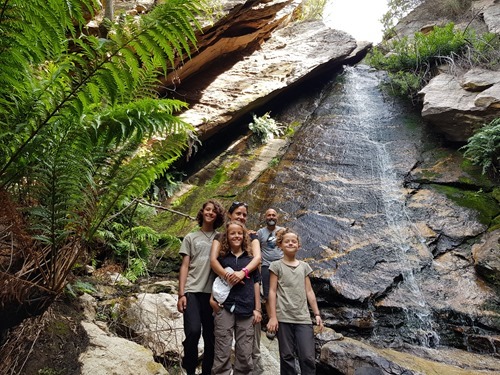 We also visited the Cango Caves: an underground cave system we’d visited 11 years before when Kalan was a baby. We enjoyed going back, but sadly tourists have cause quite a bit of damage to this attraction: it was clear as we went around that much less care was taken to stop people from touching the rock formations than we’d see in Waitomo, New Zealand, for instance.

We were really sad to leave Meijer’s Rust… if you ever get the chance to go there and stay in their Stone Cottage, you really must. It’s a thatched cottage thate dates back to the 1850s, and you may well get to see eland grazing outside when you wake up in the morning. 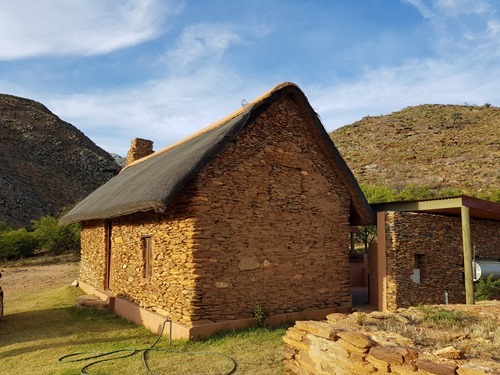 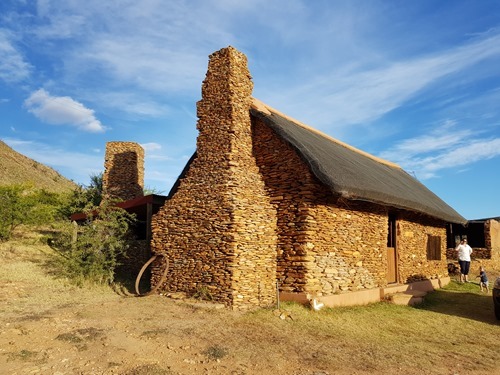 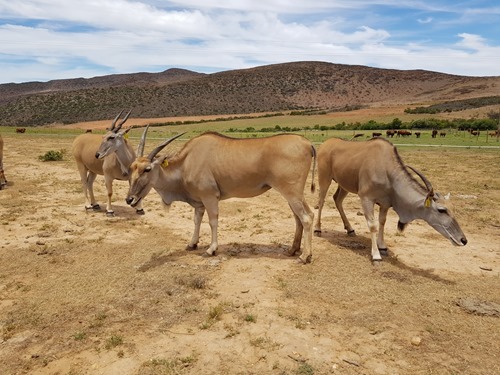 From De Rust we took the Meiringspoort through the Swartberg mountains, stopping on the way to see another waterfall. It’s really a gorgeous area… stunning. 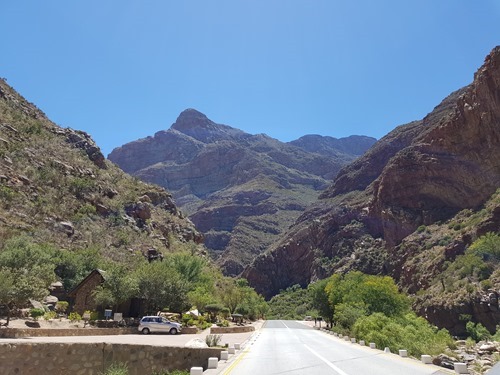 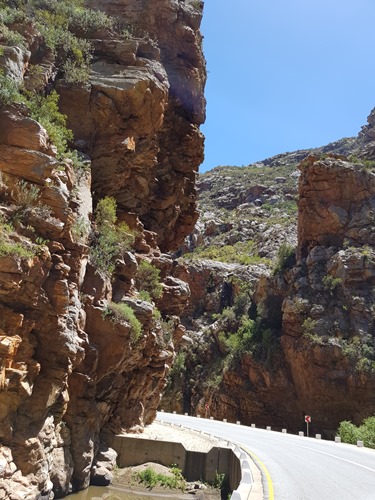 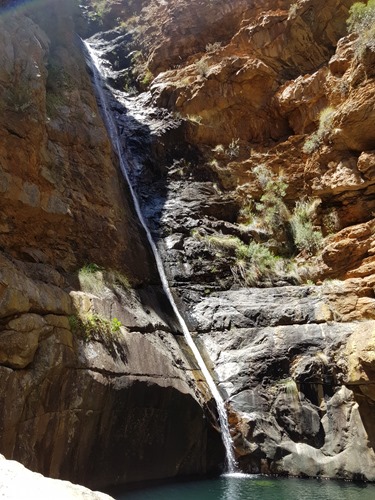 We looped around towards Prince Albert (which we sadly skipped, due to time constraints) and headed back through the Swartberg pass towards Oudtshoorn. The pass was different from the Meiringspoort – if anything it was even more stunning. 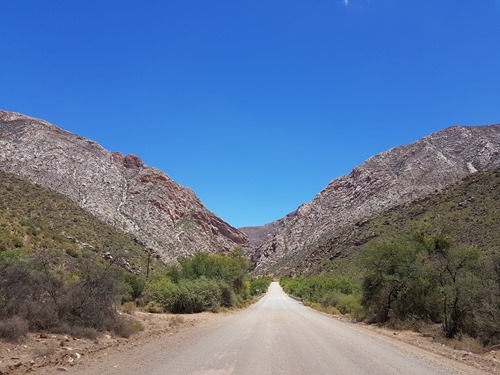 By the time we hit the road onwards from Oudtshoorn it was already a little late – around 4pm – and we weren’t sure where we were going to get to by nightfall. Our overall aim was to get to Somerset West on January 1st – to stay with more family for our last 2-3 days in the Cape Town area – but the nights of the 30th and the 31st were open. As my wife drove I went online and looked for places we might stay in Barrydale, Robinson, Montagu and Swellendam. The possibilities didn’t look good… most places were booked. I found a place in Swellendam on Airbnb that looked perfect, so we decided to head that way while I waited to hear back from the host. It turns out it was already booked (I assume people take bookings through various systems and sometimes forget to keep the others updated). By this point we were commited to Swellendam, though (and it was getting dark), so I tried again on Booking.com and found a place that at least had a few rooms free. 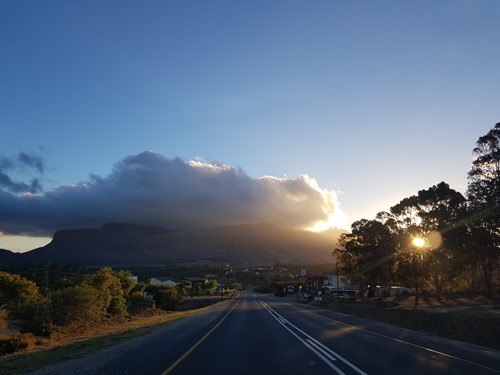 We showed up at the Roosje van de Kaap B&B, and asked whether they had rooms for a family of 5. Somehow – miraculously, even – we ended up with 3 rooms in a private courtyard with its own swimming pool! 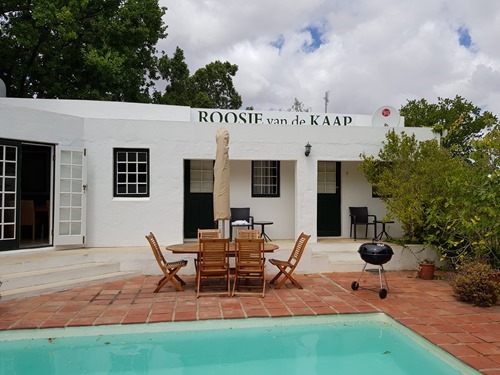 A perfect way to see in the New Year… we were so happy to have somewhere to stay, and this place was simply amazing. It was also right across from the Drostdy Museum in Swellendam, which gives a fascinating look at South African colonial history. 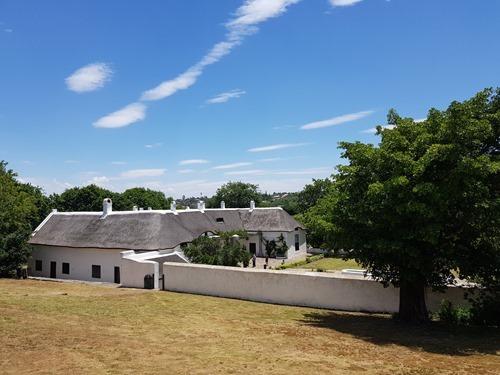 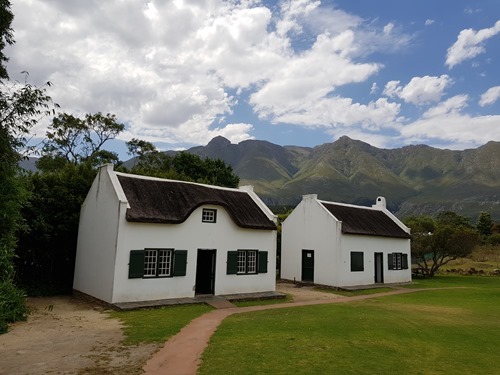 The B&B’s restaurant was closed for the 31st evening, but we borrowed a “braai” and barbequeued our own dinner. A really perfect way to end 2017...

On the 1st we headed onwards to Somerset West: we’ll talk about our stay in the Cape Town area in the next post.