The end of our 6-month adventure 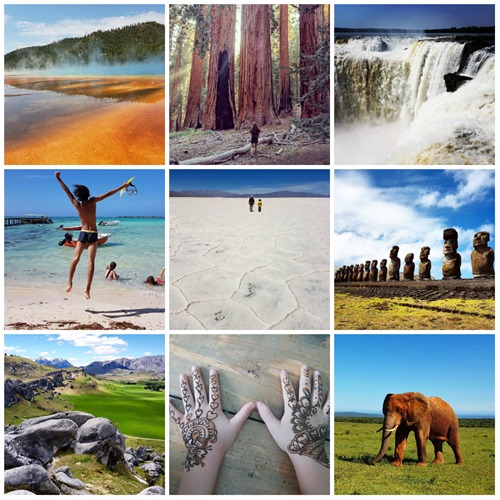 So, that’s it. 6 months flew by in the blink of an eye, and we’re back home in Switzerland. On the one hand it seemed to go quickly, while on the other hand we feel as though we’ve come back to a house we barely recognise full of stuff we don’t need… We each have a room of our own to sleep in (if we so choose)! And look at all those clothes!

Detaching from most of your former existence – while retaining and strengthening ties to your core, your nuclear family – is an interesting experience. During the first few days of your return you get to see your life from a very different perspective: I suspect that it’s during this period that you get to effect the most change, or at least to make serious decisions you can commit to implementing. It’s not just about material things – although these will probably make up the bulk of our own changes – it’s also a chance to rediscover and reevaluate relationships, to realise the ones you cherish and the ones you avoid (whether consciously or not).

Anyway, here’s a quick round-up of all the posts I made during the last 6 months that relate to our trip.

Firstly the trip itself:

Then there’s an additional series of posts about using Google Maps to display our trip’s progress – as reported by our Garmin inReach Explorer+ GPS – against our planned itinerary:

Since arriving back in Switzerland I’ve really enjoyed catching up with old friends, so far mainly in the office. The dust has started to settle on last year’s news about Autodesk Neuchatel shutting its doors: while it seems that relatively few people will continue working for Autodesk – whether from other offices or from home, as I’ll be doing – most people I’ve spoken to seem happy enough with the packages they’ve been offered. This is a huge relief, and it’s certainly reinforced my belief that the company is trying hard to do right by its employees, even as business priorities change. I’m sure there are exceptions, of course, but I haven’t yet spoken to anyone who feels badly treated.

So, for better or worse, quite a few friends will have time on their hands – and some money to spend – later this year. I’ve already had more than one request for specific details regarding the planning of our trip… I wouldn’t be at all surprised if a number of fellow Autodeskers hit the road themselves during the next year or two. Look out for them, as they come your way: they’re great people!