As we’d extended our stay in New Zealand, we knew we only had one day to enjoy the fine city of Sydney. The flight from Queenstown was fairly short (3.5 hours) but really pretty: both the take-off and the landing were spectacular.

On arrival we were happy – given the fact we’re 5 people with quite a few bags – to be able to get an UberXL from the airport to our Airbnb in Glebe. It took some work to find the car – the Uber app does a horrible job of suggesting a workable pick-up spot at Sydney airport, and I’m sure the local airport authority doesn’t help – but after a few misteps with levels and locations we eventually got there.

Arriving in Glebe, it was nice to see our home for two nights ready for Halloween! 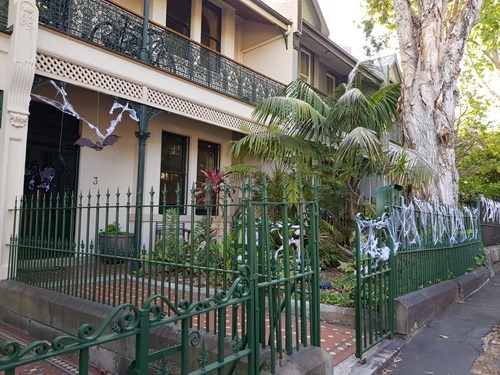 Anticipating this night, we’d picked up costumes already in Auckland. My son, Zephyr, thought it would be fun to go as me. I’m still not quite sure how I feel about that. 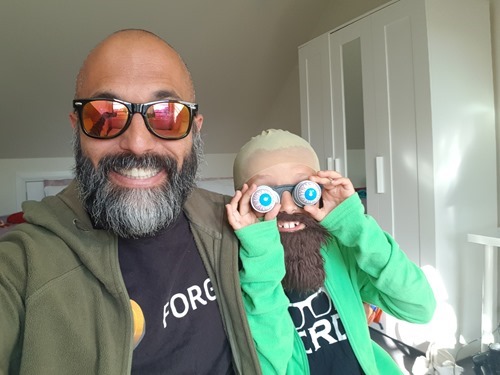 We were sharing a house with the owner and her family, so had the chance to Trick or Treat with them in the local neighbourhood. It was a lot of fun. 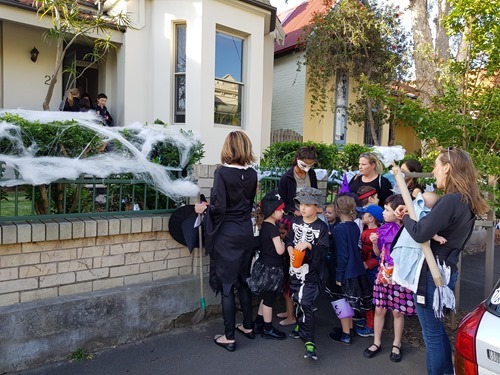 As we only had 2 nights in Sydney we knew we only really had a single day to see the city. For sure it was too short, but this trip has really been a whirlwind, at times.

We started by getting Opal cards – travel cards for Sydney’s public transit system, a bit like SF’s Clipper system – so that we could take the bus to the Opera House. The first newsagent only had cards for kids, the second only had cards for adults (at which point we regretted not getting cards at the first one) but thankfully the third had both. We bought our cards and headed into the city.

Our first stop was at the public library, where we could print some schoolwork for the kids. (They were thrilled, as you might expect.) 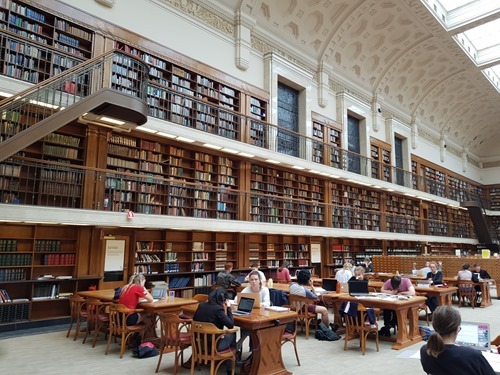 Then we hit the Botanic Gardens (not sure they weren’t botanical, but hey), through which we walked to the Opera House. 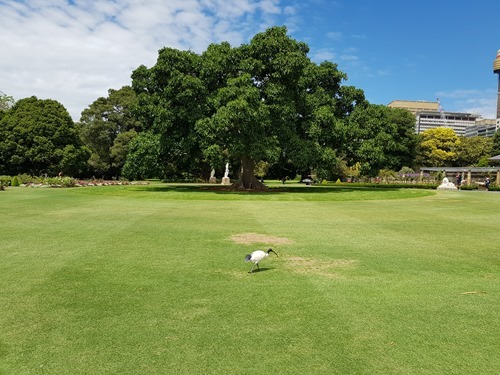 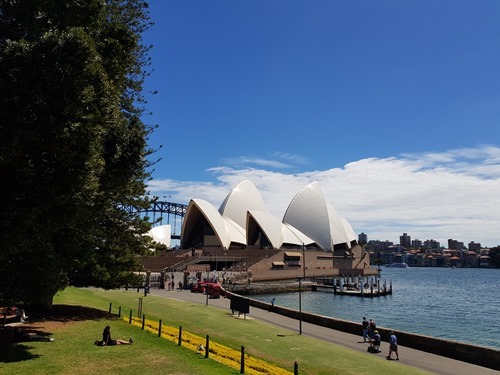 The Opera House was amazing. We didn’t tour the concert halls – we were pressed from time and the weather was really lovely – but we did explore the exterior and the more accessible interior parts. 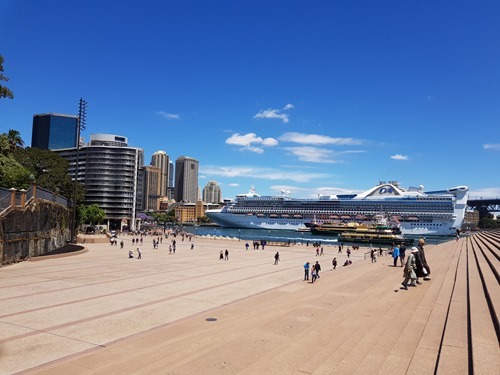 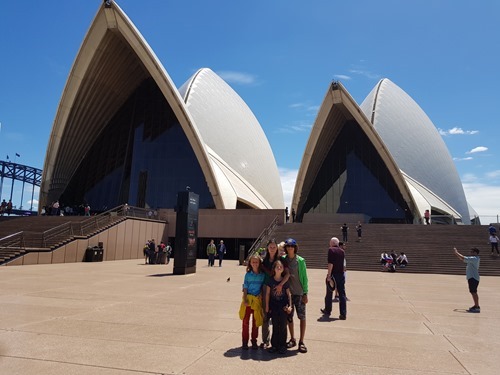 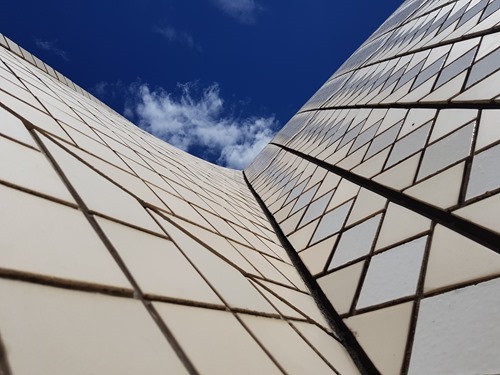 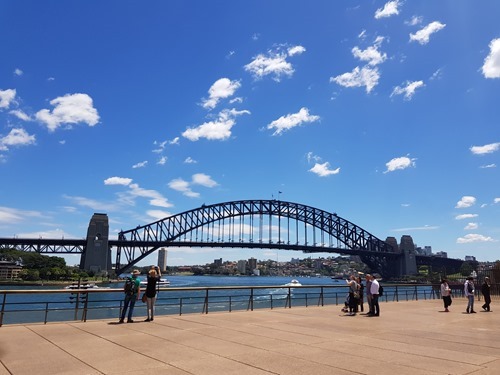 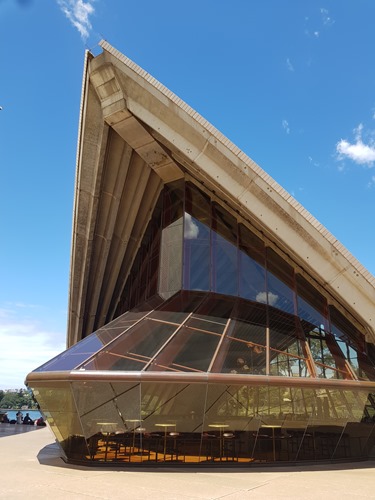 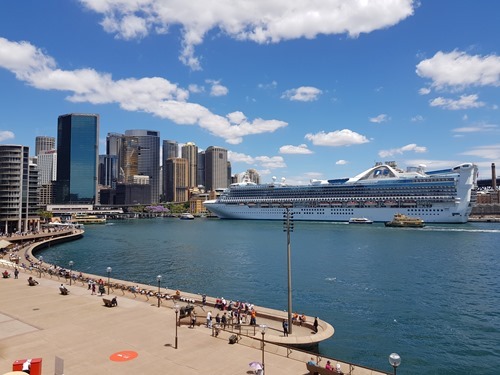 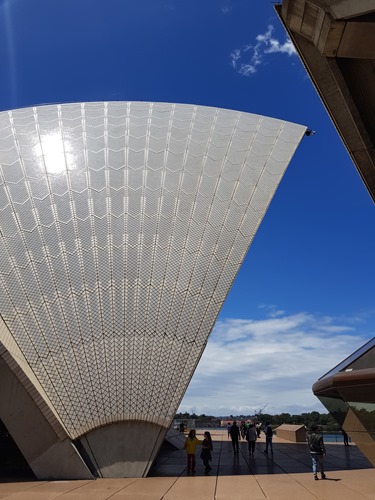 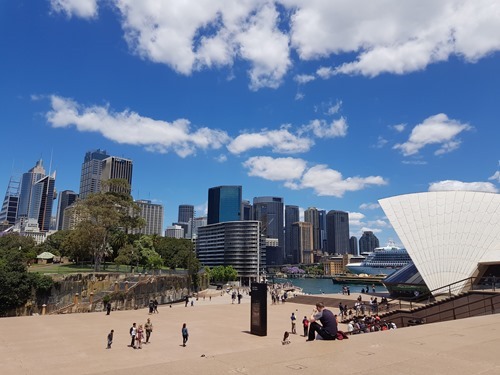 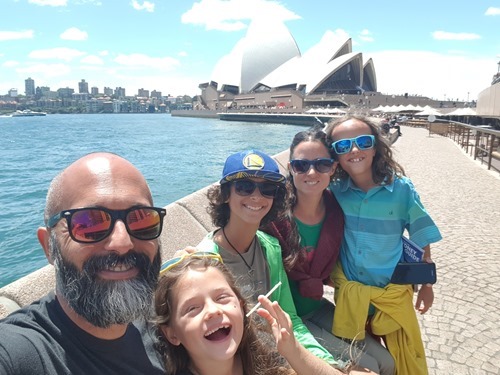 As we wandered around the harbour, we realised we could jump on a ferry with our Opal cards, so we did. It was a nice way to experience the city from a different perspective. 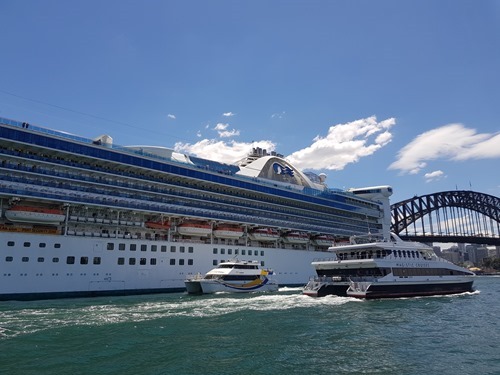 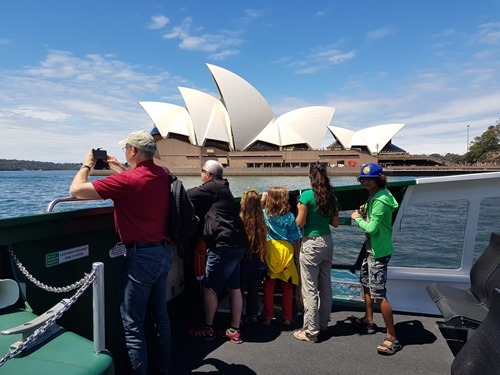 After this we headed across the financial district – checking out the curious Underwood Street, on the way – to eat some delicious laksa at Malay Chinese on Hunter Street. 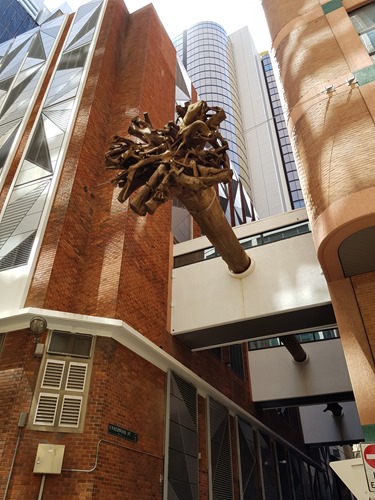 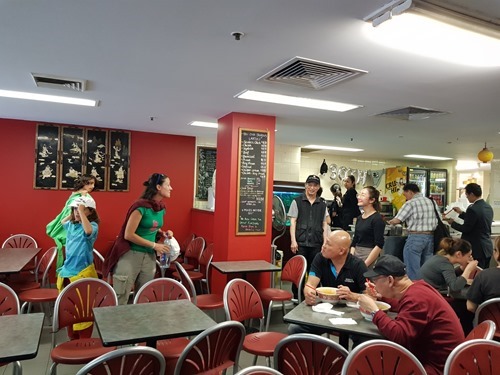 This set us up nicely for a visit to the Sydney Tower. The rest of my family had visited the CN Tower while I was working in Toronto, earlier on this trip, so it was fun for them to compare sizes. 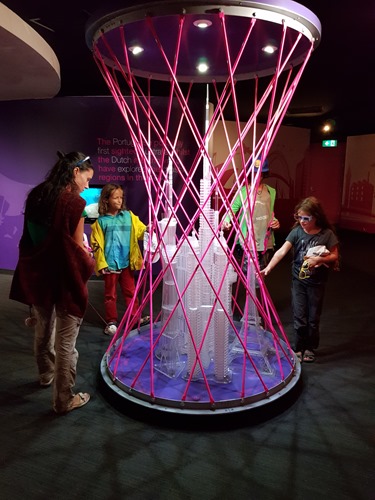 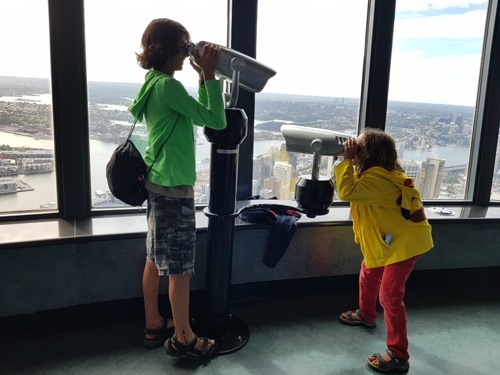 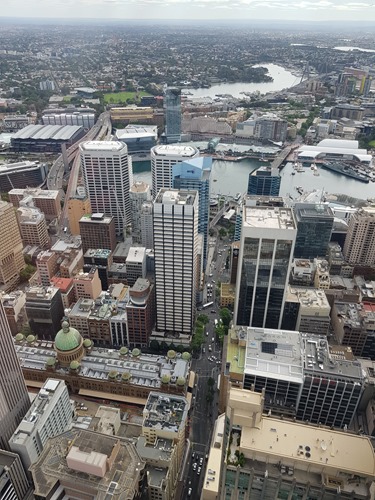 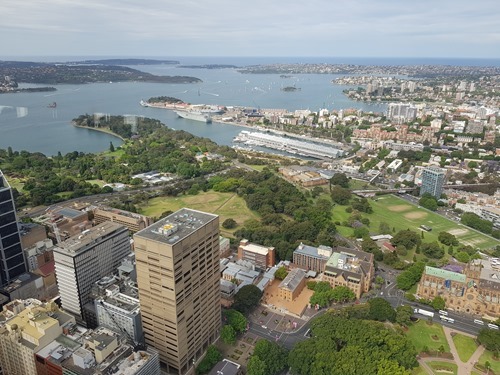 After we had finished with the tower, we ended up walking the 2km or so back to where we were staying in Glebe. It was a nice walk. 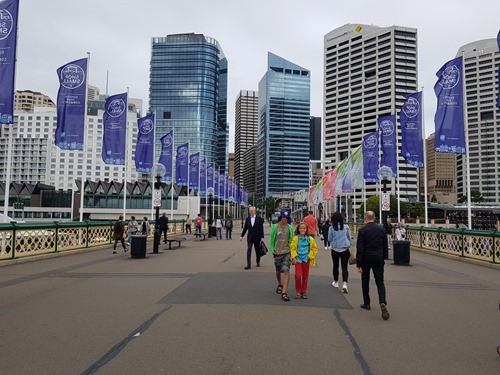 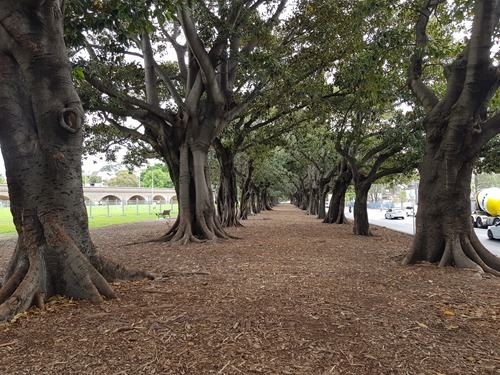 The next morning we headed for the airport – once again by UberXL – and flew the 1.5 hours up the coast to Brisbane. 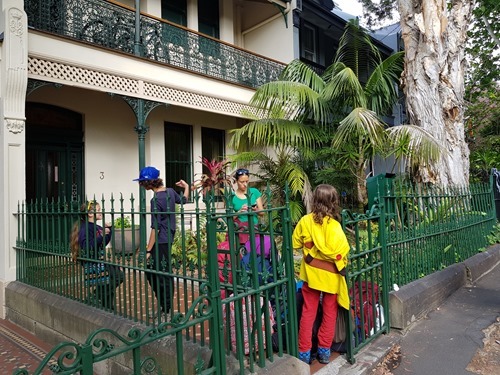 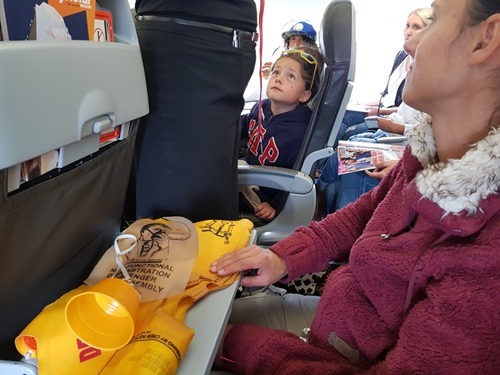 We really enjoyed Sydney and, of course, regretted not spending more time there. But we’re happy to be leaving “wanting more”.

From Brisbane we’re renting another motorhome for a road-trip up to Cairns.