In total we stayed for 5 days in Kodaikanal, India. It’s really not the ideal time of year to visit Kodaikanal: the Northeast Monsoon is just getting started, so you can end up staying indoors more than you’d like. But then when you’re on a world tour you’re inevitably going to experience imperfect timing at one point or another (another example from this trip includes being in South America not long after their mid-winter). So it goes.

As luck would have it, during the first 3 days of our stay in Kodaikanal we had near-perfect weather. It was a lot cooler than the plains – of course, given the altitude – but we had quite a lot of sun. Very pleasant conditions to visit the area. 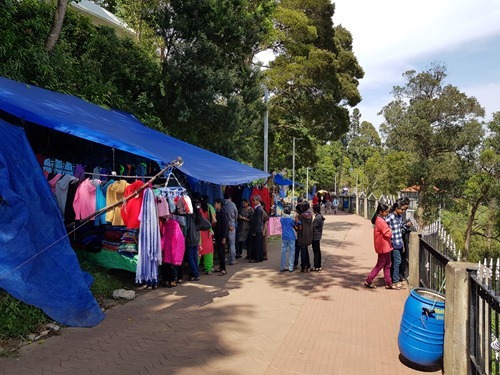 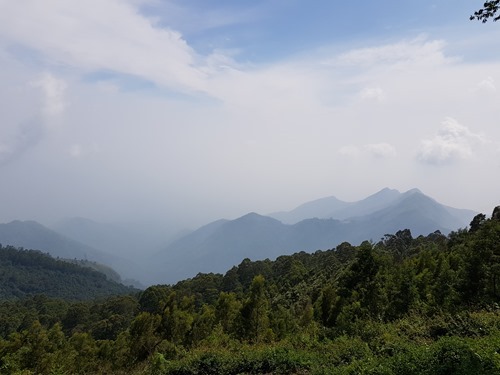 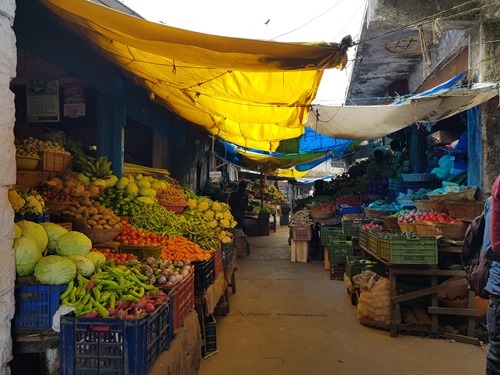 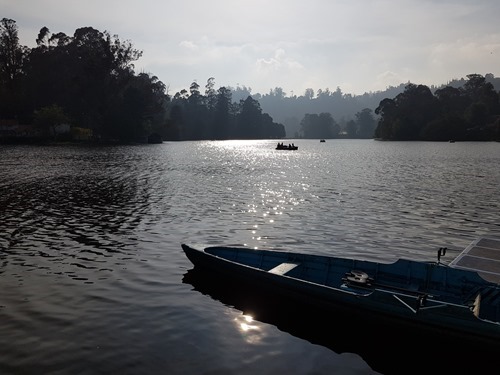 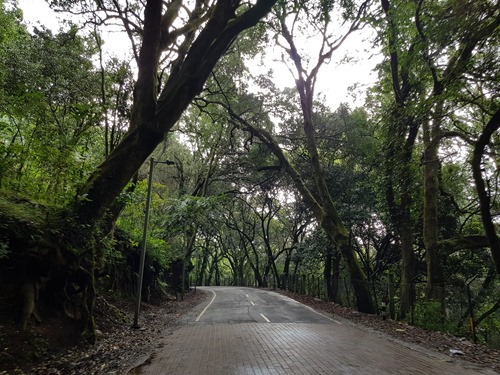 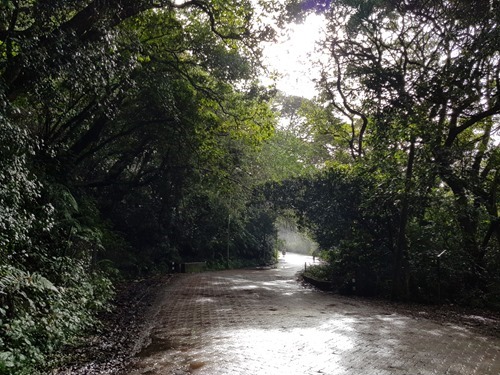 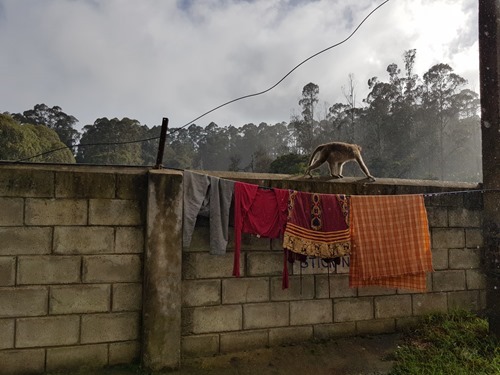 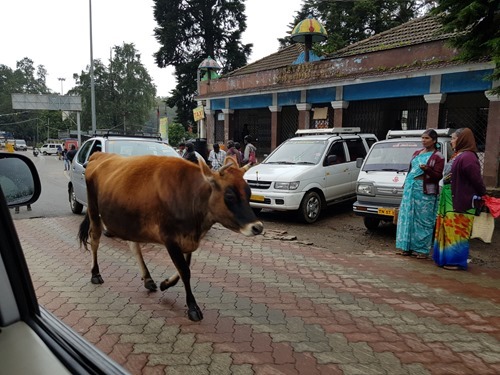 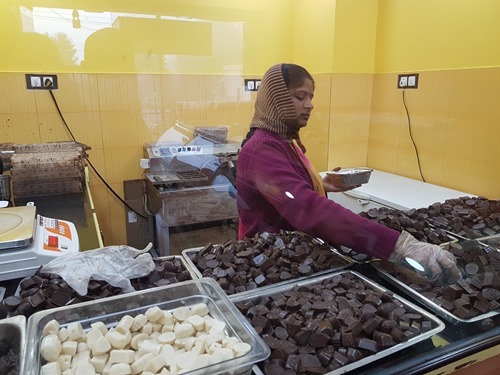 The last 2 days were unfortunately rainy, but then we all made use of the time spent indoors in our own ways. It wasn’t a completely unwelcome break, at least.

On the morning of our last day, we took a car down to Kodaikanal Road, the main station that’s “only” 2.5 hours away, and connects travellers with trains to Bangalore, Chennai and even (if you’re OK with staying on a train for 30 or more hours) Mumbai. 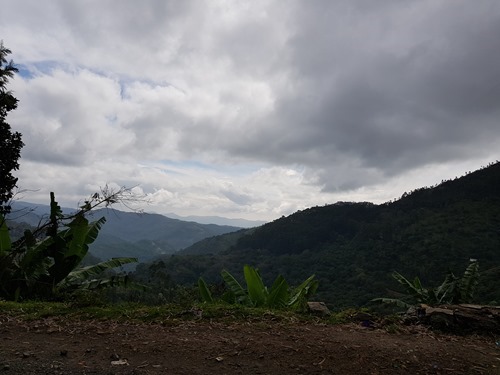 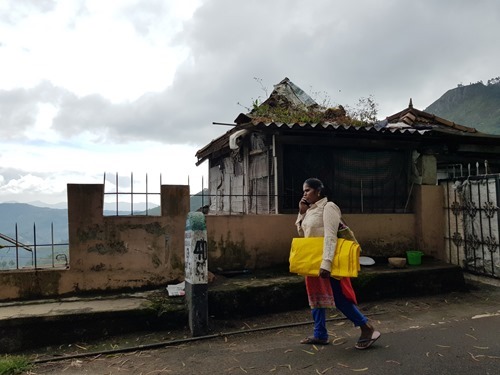 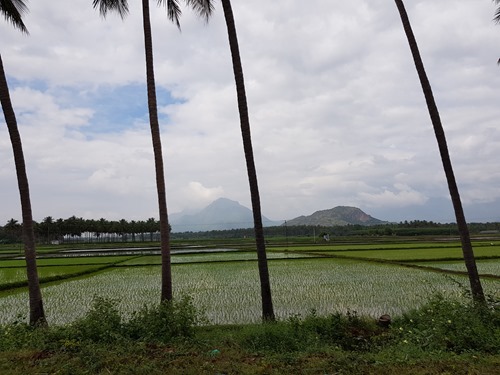 It was during this drive that I was reminded of one of the things I love about India – the essential humanity and kindness you see everywhere you go, once you’re able to filter out the dust, the noise and the odours. We’d had to attach bags onto the roof of the car – we were at capacity inside – which didn’t cause a problem until we hit the plains and entered 4th gear.

We were aware of the tarp flapping, as we drove, but didn’t really think much about it: the driver stopped to fix it, at one point, as the noise was a bit irritating. This didn’t help much and so we just carried on. The second time we tried, though, a man on a motorbike stopped and started talking to the driver: it turns out that we’d lost a bag some miles before – without us realising – and he’d been following us to let us know. We quickly realised from the description that it was Zephyr’s backpack (the one we’d lost and eventually refound back in Lima), so he was starting to feel a bit paranoid.

Anyway, the kind stranger on the motorbike knew where the bag had fallen, and took our driver back to pick it up for us. When they eventually returned with Zeph’s bag (yay) he refused any payment whatsoever, despite us insisting. A simple act of human kindness.

Arriving in Kodaikanal Road, we enjoyed the spectacle of a troup of monkeys on the overpass to Platform 3 (where the Mumbai Express comes through). 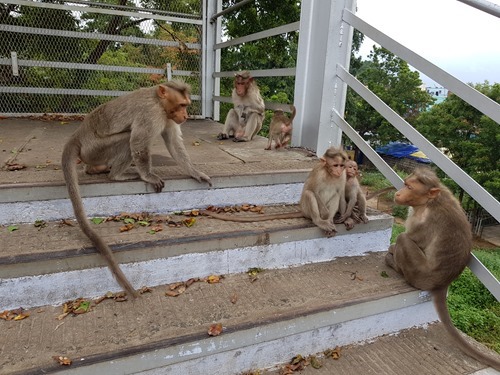 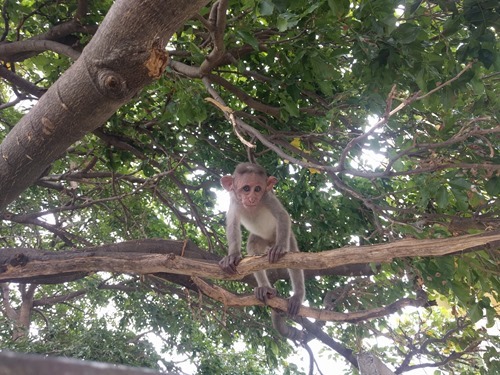 It was interesting to see how the monkeys would come onto the platforms and try to get food from passengers. The local dogs would defend their territory – and, I suspect, the humans as well – and chase them away from time to time. And then there were the crows that would swoop in every so often for effect. All in all an interesting way to spend an hour waiting for a delayed Indian train. 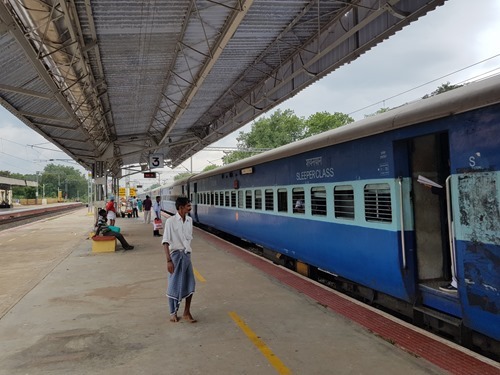 I will say, though, that the Indian rail system is a wonder to behold. The trains themselves are one thing – they’re clean and comfortable enough, as long as you don’t look too closely – but the infrastructure in general is incredibly impressive. The Indian Railways website – while suffering from the kind of design aesthetic that plagues many official websites in India – deals effortlessly with orders from millions of travellers every day. The railway system in India is inexpensive and relatively efficient, considering the volume of people who use it.

The train left at about 1pm and arrived in Bangalore at 10pm. So quite a long journey, but we were in 2-tier AC (which meant there were top and bottom bunks – but no middle one – leaving plenty of space to stretch out) and so didn’t feel at all cramped. And with the view out of the window, the time flew by with the scenery. 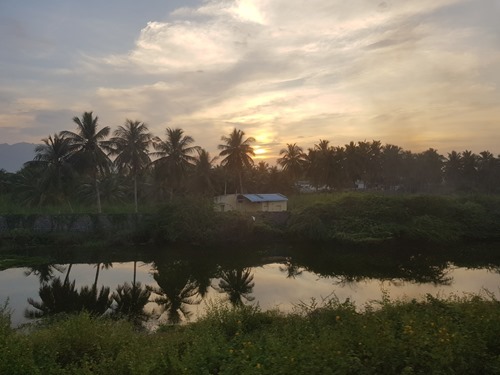 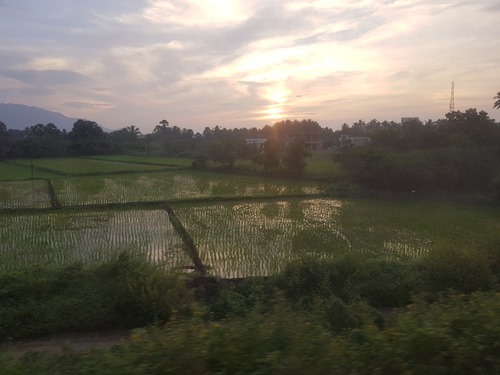 Arriving in Bangalore, we found ourselves stuck in traffic (yes, Uber seems to work very well, here) at 10:30pm. This is something I don’t recall from our time living here, back in 2003-2005. I’m guessing there are plenty more differences we’ll notice over the coming days.