A summary of news from Forge DevCon 2017

For those of you who – like me – weren’t able to travel to Las Vegas for this year’s Forge DevCon, I thought I’d do a quick round-up of the major news that I could extract over the wire. I’m sure there will be further blog posts from the Forge team summarising more of things I couldn’t see – not being there in person – but this will hopefully be of some use to people, at least.

To kick things off, I suggest reading this blog post. It talks about some high-level items, such as additions to the platform, the partnership with Dropbox and some Forge Fund investments. 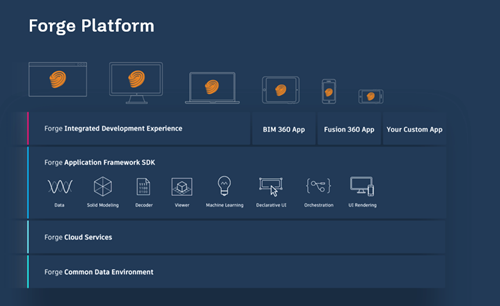 After that, it’s worth watching the DevCon keynotes. Here’s the main one, in two parts:

There are other keynotes, which you can watch at your leisure, but here are the big-ticket items from my personal perspective.

That’s it for this quick round-up of the news from the recent Forge DevCon. I wish I could have been there in person – it looks like it was another great event – but I’m sure next year’s will come around all too quickly.