« Dasher 360 at Autodesk University and the Forge DevCon | Main | Wellington »

Rotorua and the road to Wellington

It’s been an exciting week, here in New Zealand. Not only does the country have a new coalition government (which – somewhat controversially – doesn’t include the party who finished in first place in the recent election), but the polls have just closed on the Bird of the Year contest (my vote goes to the Kea, because it has an awesome name). Crazy days.

After leaving Auckland and then seeing Waitomo on Monday and Hobbiton on Tuesday of last week, we arrived on Tuesday evening in Rotorua. (I can’t believe I’m somehow now nearly a week behind on posts… there’s just too much going on during this leg of the tour to keep up. I’m going to have to compress more days into single posts and/or increase the posting frequency until I get back on top of the situation.)

We once again ended up using CamperMate (which has really become our go-to tool for our NZ accommodation) to select a campsite for the evening. We chose the Cozy Cottage Thermal Holiday Park, mainly because of its onsite hotspring baths and its easy access to the town. It also turns out we could have cooked our dinner using a special variation of a Hāngi that uses geothermal energy to cook. If we’d arrived a little earlier we’d have absolutely have done that (how amazing would it be to cook with geothermal heat, after all?). Next time.

After making the most of the hot springs – I soaked for an hour on both Tuesday night and early Wednesday morning before we hit the road – we visited the main attraction that had brought us to Rotorua: Whakarewarewa, the living Maori village. Or Tewhakarewarewatangaoteopetauaawahiao in the Maori language. Which is really cool – it apparently uses all of the letters in the Maori alphabet except for “M”. 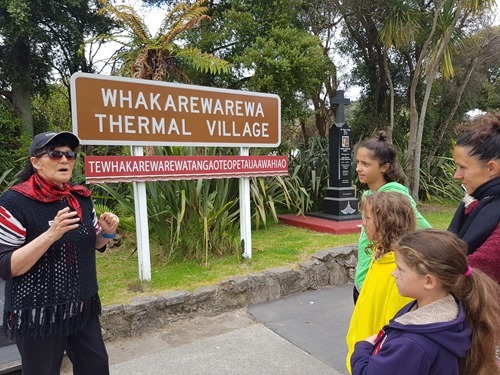 The inhabitants of this village all make use of geothermal power to live: to cook their food and to bathe. They apparently don’t need to heat their homes, as you can always dip in a hot spring when you get cold.

Here’s where food gets cooked: 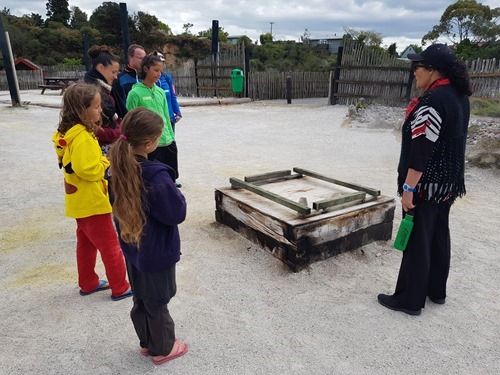 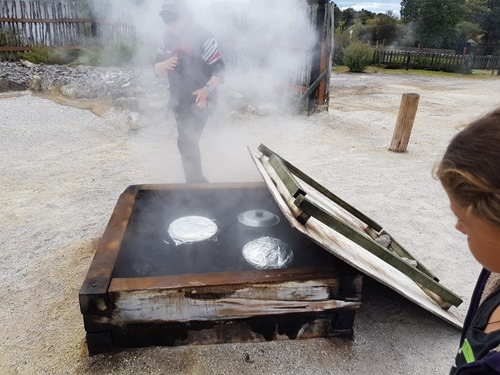 The water for bathing comes from a main pool: 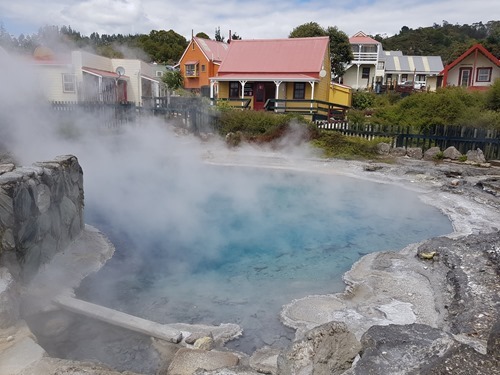 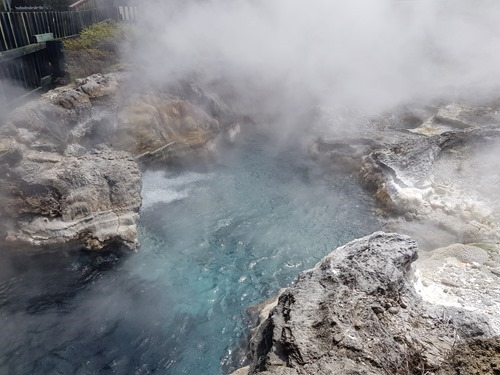 The water from the pool is channeled to bathing pools: 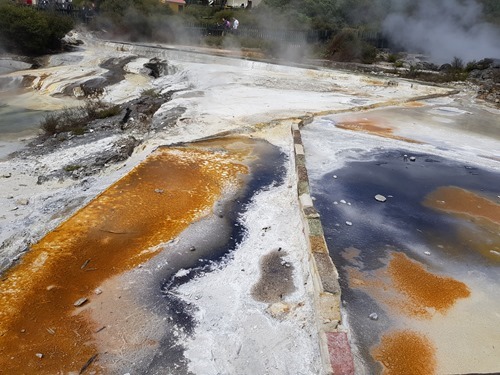 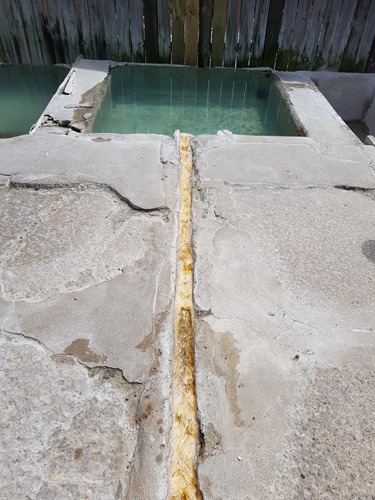 The village is definitely living: while many of the inhabitants work outside the village – and return after 5pm when the village is closed to tourists – there were various active projects in evidence. 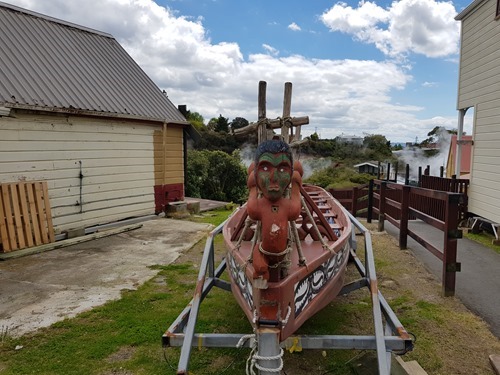 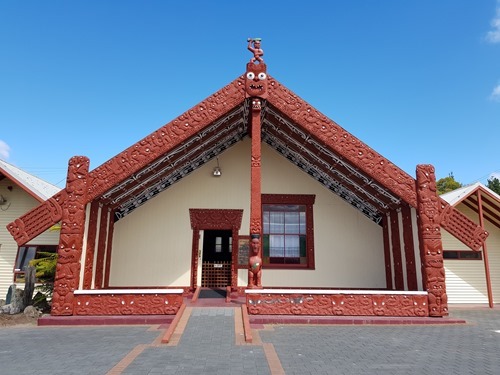 After our tour of the village, we stopped to eat a geothermally cooked meal in their restaurant (as we hadn’t been able to cook our own the evening before, this seemed like a great opportunity). 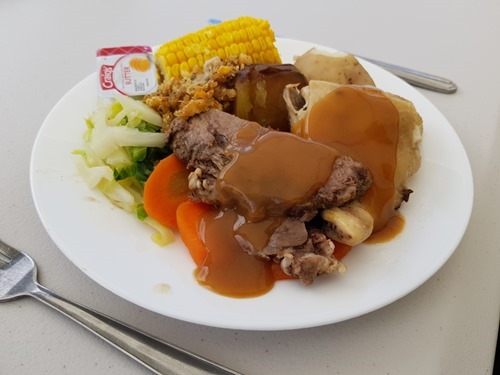 After this we attended a show performed by local dancers. 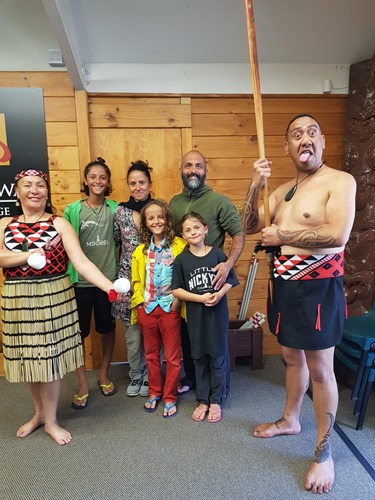 To wrap up our visit to Whakarewarewa, we went for a quick walk around its lake. 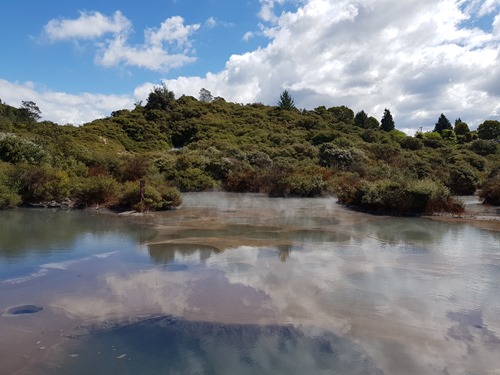 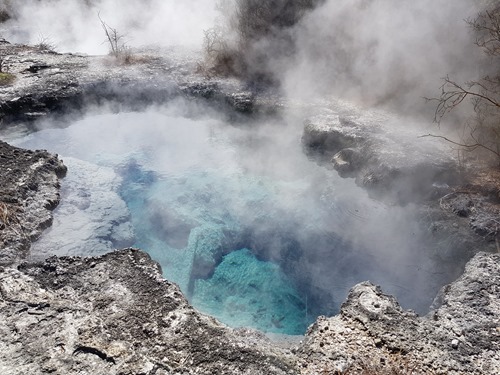 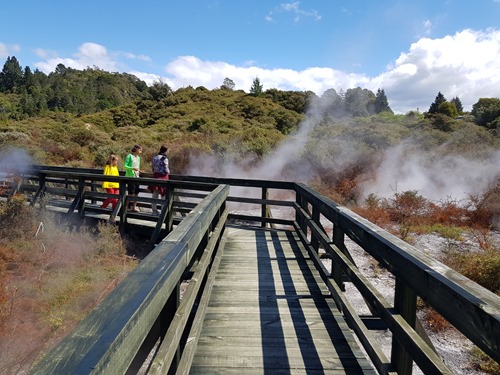 It was a really interesting experience: we really enjoyed learning how people in this area have been able to harness the power of the earth for generations upon generations. Long may it last!

We had considered staying in the town of Taupo – on the lake of the same name – after our visit to Rotorua, but ended up opting to power on southwards. CamperMate showed us a free Department of Conservation campsite in Omori, on the other side of Lake Taupo, right next to “Fish Beach”. 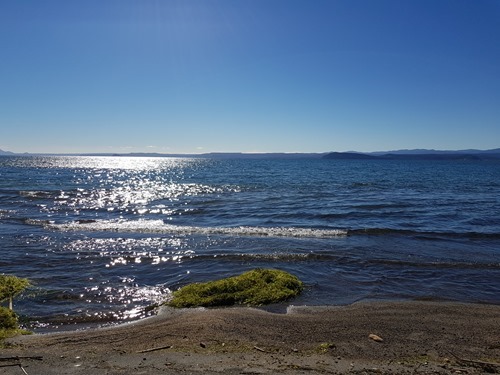 Lake Taupo is beautiful: it reminds us a lot of Switzerland, apart from two main things. Firstly, the swans are black. And not the odd one… all of them. (Which makes me think of Taleb’s book, of course.) The second thing we discovered on waking up, bright and early: the kids started playing on Fish Beach, right next to our van, and quickly found that all the rocks on the beach were pumice. They floated when thrown into the lake – the kids found that awesome fun.

They also fashioned tools from pieces of wood and used them to “drill” holes into the stones to make pendants, which was really nice, too. 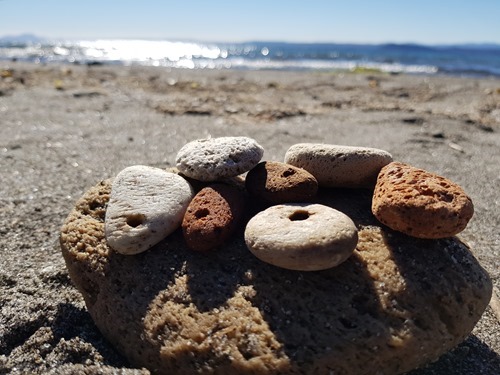 We left from here to head south, and decided to leave as little distance to travel to Wellington (the next day) as possible. CamperMate found us a great stop an hour or so north of the capital: the driveway of the Celtic Organic Winery (I know, right? :-). 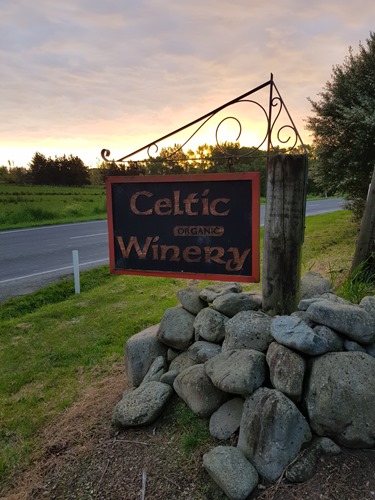 We had a great night’s sleep – not unaided by Celtic Organic Wine – before we popped along to Hokio Beach to check out the whitebaiters: fishermen who catch whitebait (small fish destined to be eaten whole) by the netfull. 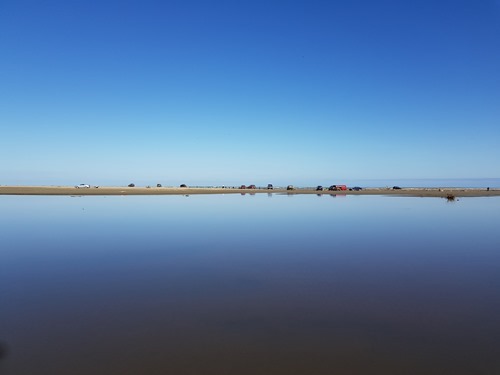 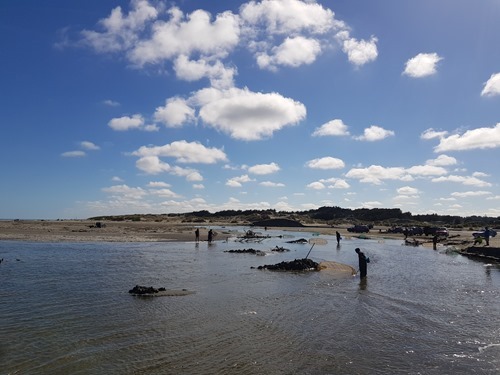 From here we headed down to Wellington for a lunchtime appointment.

Here’s our journey through the North Island: 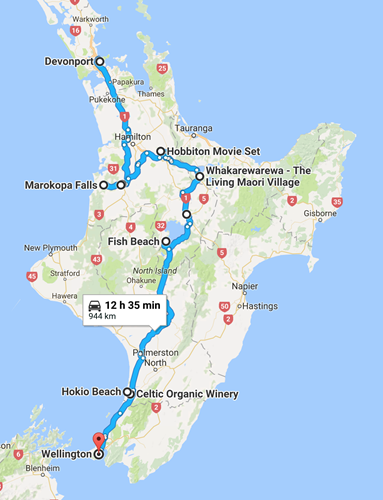 In the next post we’ll talk about Wellington, before moving onto the South Island.