We arrived in Tahiti late on Monday night after a very strange flight that left after midnight and arrived at 1:30am (and yet took 6 hours… timezones can be funny things). The kids slept through it all, give or take, which was one good thing. 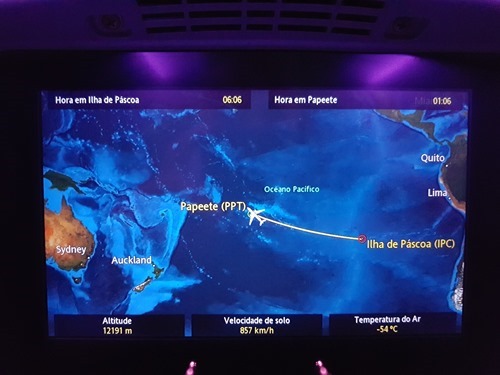 Our hosts – the family of Narii, a good friend back in Neuchatel – came to pick us up at the airport. An incredibly kind gesture, considering the arrival time. We spent much of the first day at their place, relaxing and recovering, although we did head into the centre of Pape’ete in the afternoon to discover the local market. 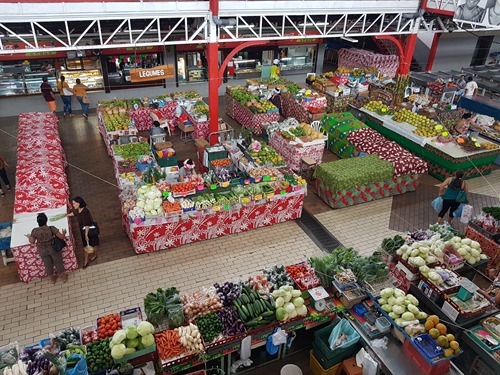 We took the opportunity to look into flights among the Tahitian islands, as there are some incredible places to visit, here. We also did hit the beach, briefly, at PK18 (which is 18km from Pape’ete). Our daughter, Anokhi, was still having some difficult breathing after having inhaled part of a peanut on Easter Island. We had always expected to get a proper check-up in Tahiti – which has incredible medical facilities – so that’s what we ended up doing on Wednesday. This started with a visit to a nose and throat specialist, who quickly ascertained the situation was more serious than we’d realised: he could clearly hear an obstruction in her lung. We then headed to another clinic to get an MRI, went back to the first clinic to get confirmation of the diagnosis – it turned out an object with an axis of 8mm was blocking one of her bronchi – and at the end of the day on Wednesday were referred to a pneumonologist.

At this point we were under the impression the removal procedure could be performed under general anaesthetic but at a local clinic – no need for a hospital visit. Our meeting with the pneumonologist was only at 11am on Thursday morning, so we decided to visit a local beach to at least see something more of Tahiti (we’d spent enough time in medical clinics, by this point). It was great to see surfers and black sandy beaches… gorgeous. 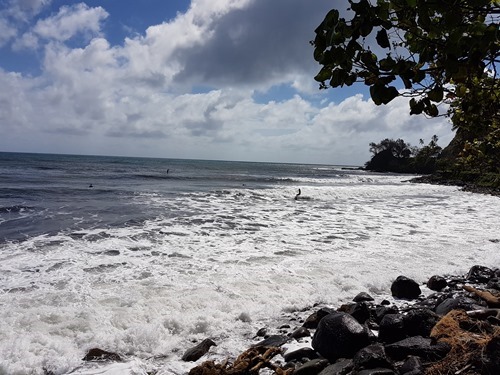 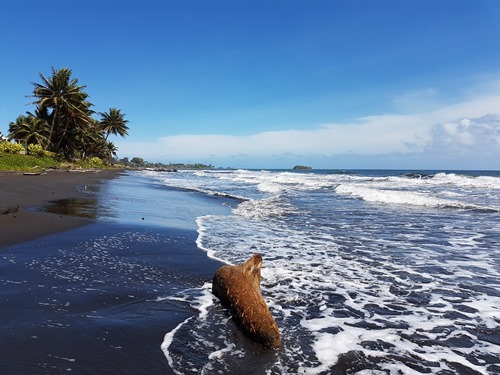 The pneumonologist seemed to know his stuff, and recommended an operation on Saturday morning, giving him time to prepare and us time to meet with the anaesthetist. We headed off for lunch and then got a cryptic message that we had an appointment at the hospital at 2pm on Thursday. Fair enough: we’d been told we needed to meet with the anaesthetist, so assumed it was for that. On arrival at the hospital we found out that the appointment was for our daughter to be hospitalized! And we hadn’t even packed a toothbrush. It turns out that – unbeknownst to us – the anaesthetist had refused to perform the operation away from the hospital (which is absolutely their right – I wouldn’t want to give a general anaesthetic to an 8-year-old away from a fully equipped hospital). And as the operation would now take place on Friday morning, they needed her in on Thursday, already. Oh, and it was being performed by another pneumonologist, who we hadn’t yet met.

After getting annoyed for a while we calmed down and dealt with the situation: we met with the second pneumonologist – who turned out to be extremely competent – and then I stayed with my daughter while my wife headed back to pick up the things we needed for a stay in the hospital. I stayed with Anokhi for that first night.

The operation itself went well: we now have a little vial containing a quarter peanut that was bought in Valparaíso, inhaled on Easter Island and extracted in Tahiti. It’s a relief to see the little blighter outside of our daughter’s body, and to hear her breathing properly. To properly clean the lung the pneumonologist ended up causing a minor edema in our daughter’s throat. Nothing unexpected, but it did mean she didn’t get released straightaway after the operation, as we’d hoped would happen: my wife spent Friday night with her in the hospital.

Anokhi has been an absolute trooper throughout this ordeal… she got a little scared when she was being put under for the operation, of course, but has been a little star from beginning to end. Right now we’re just waiting for the doctor to come and discharge her, at which point we’ll finally be free of this situation and able to move on to more fully enjoy Tahiti.

We have enjoyed Pape’ete: the traffic can be horrible, but their annual street art competition has led to some beautifully painted buildings. 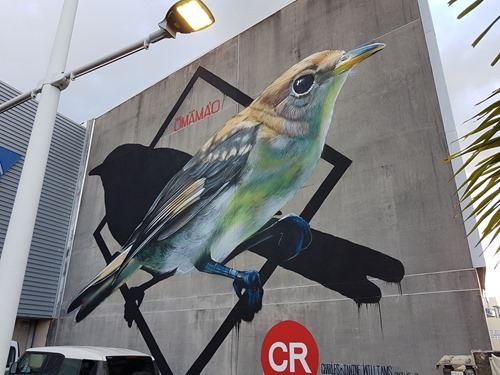 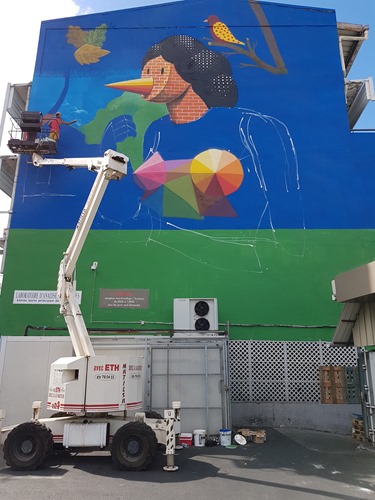 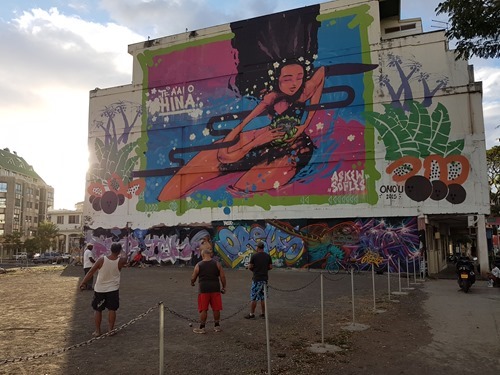 It hasn’t been the most fun few days, although it’s been surreal going through all this on what can only be described as an island paradise. My wife and I have really fallen in love with Tahiti, despite all the problems we’ve faced: the language (French) is easy for us and the people here are genuinely warm and have an open, relaxed attitude. We love being referred to as “papa” and “maman” by the nurses and doctors (in much the same way as “uncle” is used as an honorific in India), and everyone here talks to each other using the informal second-person pronoun (“tu” rather than “vous”). Life here can be expensive, admittedly, but even with that it’s really a wonderful place to live.

We owe a huge debt of gratitude to Narii and his family in Tahiti: Cyril, Heilani, Maeva and Lorenzo. They have been so incredibly helpful to us throughout this experience that I don’t even have the words to express our thanks properly. Life throws things at you in unpredictable ways, but you were there for us exactly when we needed you. We’ll never forget your kindness and support.