On Wednesday – our last day in San Pedro de Atacama – we celebrated our second son’s 11th birthday (I can’t believe how time flies) with an outing to El Valle de Marte (Mars Valley) to give sandboarding a try. It was really a magical location for any activity. 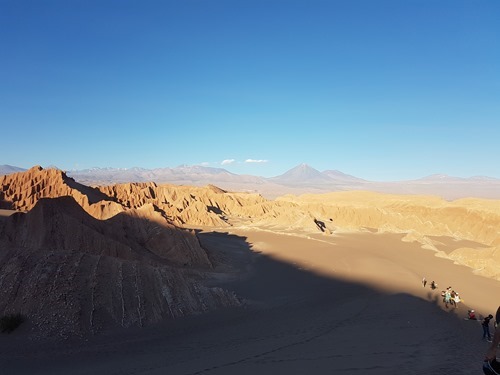 After the sandboarding tour operator’s bus took us out to the desert, we chose our equipment (snowboarding gear that has largely seen better days). Here are my boots, for example. It took me a couple of runs to realise they didn’t fit the bindings that well because these were reversed on the board (left was right, right was left… someone had probably taken the lazy option of switching regular to goofy stance by rotating the bindings rather than swapping them over properly). 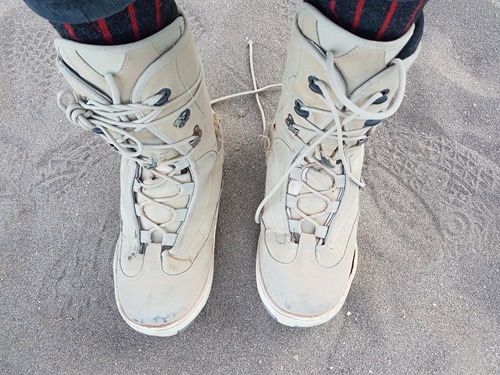 There was no lift available, so each run required us to traipse up a path and along the ridge. More often than not I was carrying 2 or 3 boards up, to give our younger kids a break. 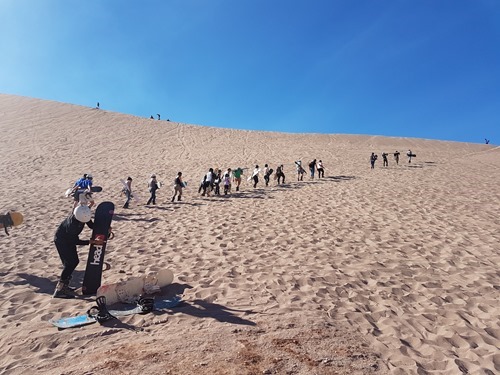 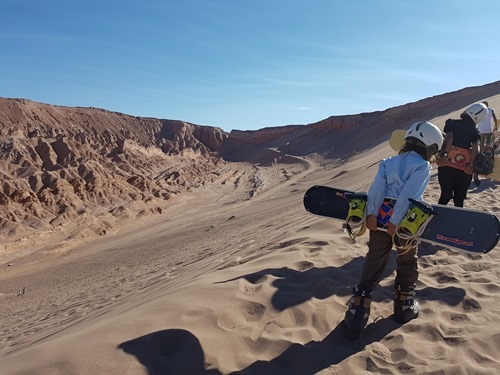 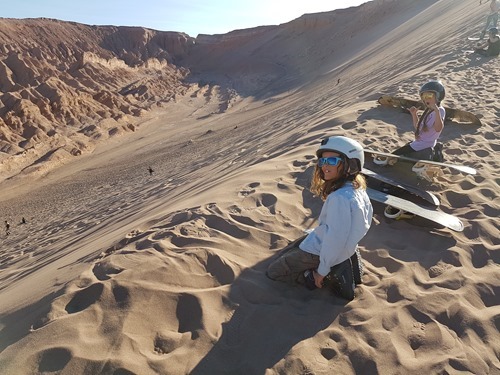 The top of the ridge was spectacular, though, once you’d recovered you breath after hiking up a sand dune at 2,500m of altitude. 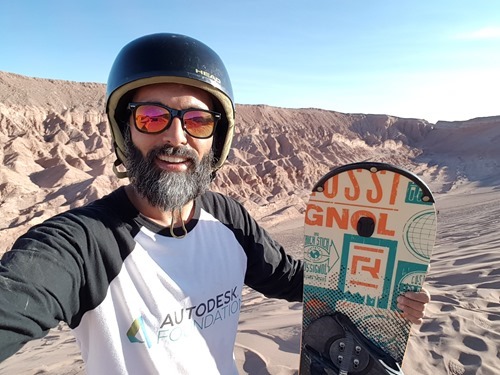 Before every single run we needed to wax the boards – we were given chunks of candle wax to do so. Even with a highly waxed board they moved sluggishly through the sand, though… there was way more friction than with snow. 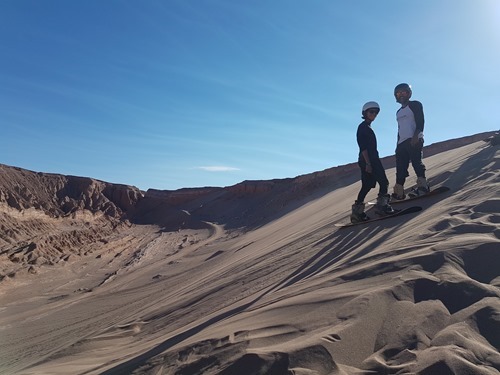 You really had to exaggerate your movements on the board to get it to turn… the more effective sandboarders were actually those who just went straight down without turning at all. Which is fun but not especially interesting from a technical perspective. 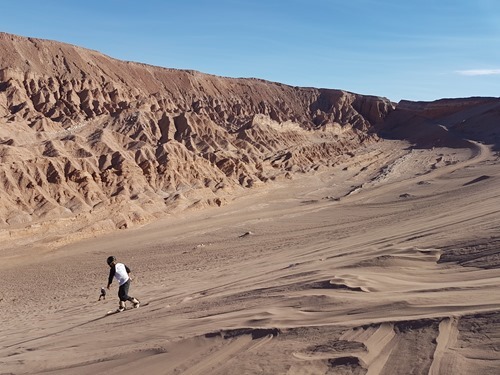 Here’s a video of one of my runs, to give you an idea…

It was hard, hard work… we probably only did 6 runs in the 2 hours, given all the trekking uphill.

So, was it worth it? Despite the effort and the equipment we had an absolute blast… it was really a whole load of fun. 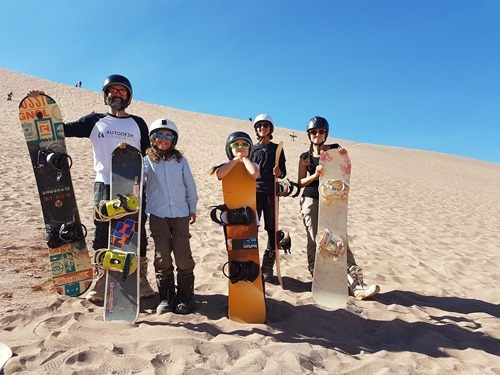 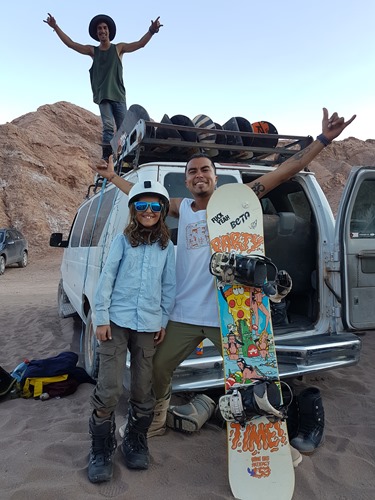 A huge thanks to the team from Sandboard San Pedro for the care and attention that went into making it such a special day for our boy. We’ll definitely see you up there next time we come through San Pedro!