On our first trip outwards from Salta, heading north to the Quebrada Humahuaca – we were curious to see a group of people walking south towards the city. They had backup vehicles and even a police escort, but we didn’t think more of it than that. On the way back down we saw the same group, much further along, as well as other groups of pilgrims on bicycles. 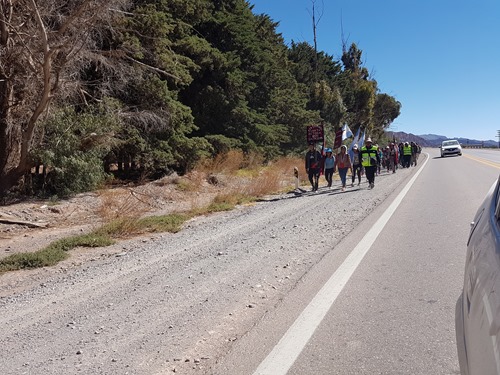 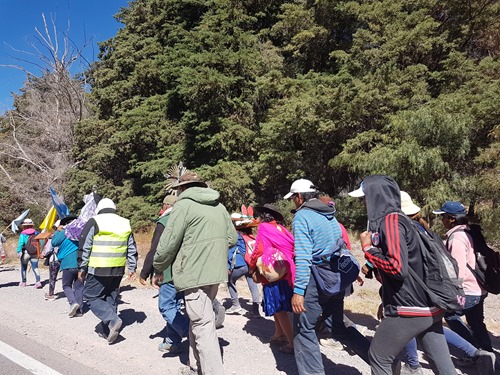 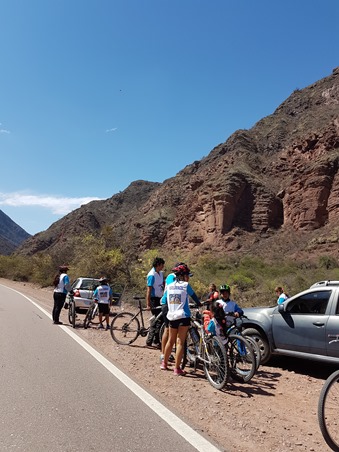 Pretty much the same thing happened when we headed south from Salta to Cafayate and then back: we saw several groups, some on foot, some on bikes, even some on horses, heading north to the city. 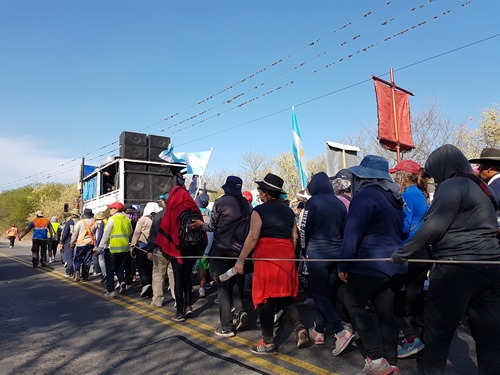 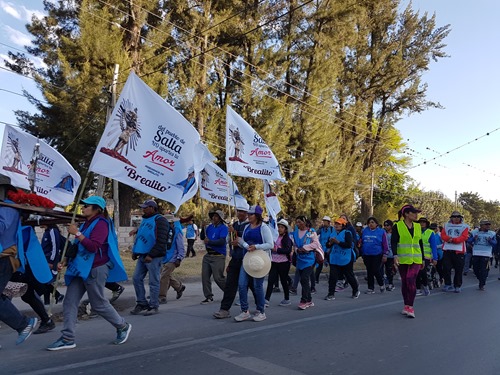 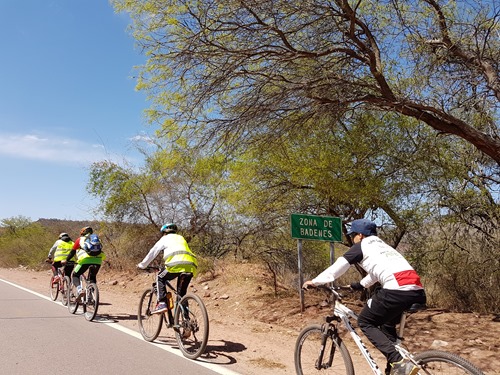 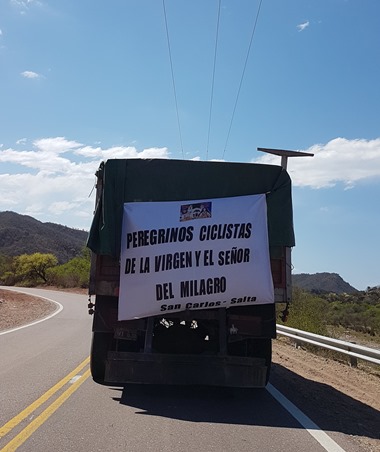 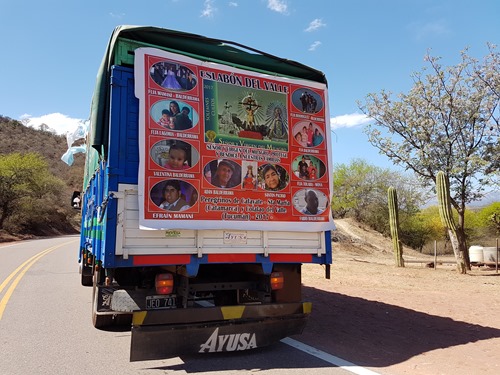 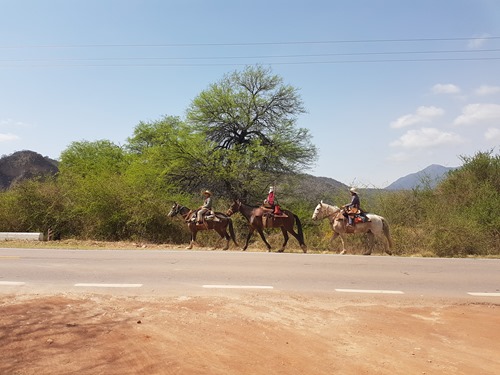 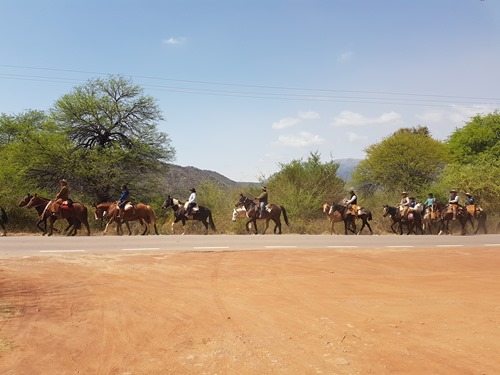 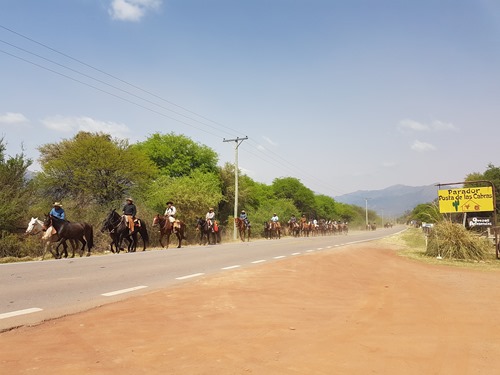 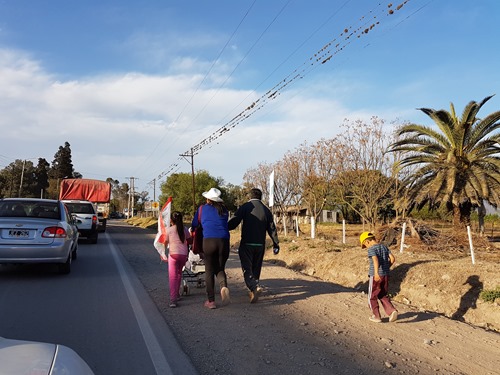 It turns out these are all groups participating in la Fiesta del Milagro, or la Novena, an old – and historically very interesting – pilgrimage.

The pilgrimage revolves around beliefs related to two statues that were donated to the town of Salta in 1592, a statue of Christ and one of the Virgin Mary. A hundred years later, some serious earthquakes hit this region of Argentina. The statue of Mary fell but somehow didn’t sustain any damage. The statues became the Lord of the Miracle and the Virgin of the Miracle, and are believed to have since that time been keeping the region free from serious earthquakes. From 1692 on – presumably every year since for the last 324 years, or so – pilgrims have flocked to Salta in their thousands to renew their pledge of fidelity to Christ and the Virgin.

We saw the welcome pilgrims have received from the town of Salta and its surrounding communities. It was genuinely heartwarming. 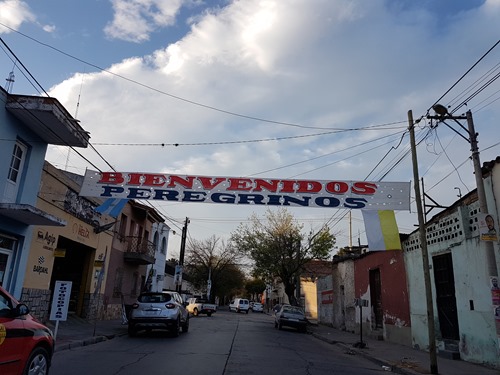 We weren’t in Salta for the end of the celebrations, but we did hear stories… apparently many priests are brought in from surrounding areas to help hear confessions and deliver communion to the huge number of celebrants. We were at the cathedral when some of the early groups of pilgrims arrived, though. 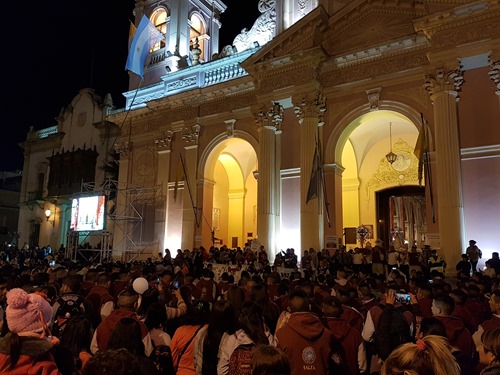 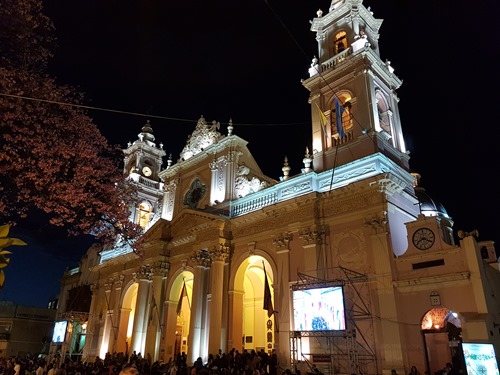 Religion is clearly a cornerstone of the lives of many people in this part of the world. I consider myself very lucky to have witnessed this one aspect of people’s commitment to their beliefs, and am particularly grateful for the opportunity to share it with my children: none of us had ever experienced anything like it.