La Serena and the Mamalluca Observatory

It would have been a shame to have come to Chile without a visit to an astonomical observatory: it’s one of very few countries in the world suitable for modern-day, ground-based observatories (i.e. it has the right altitude and low levels of light pollution).

It’s the main reason we chose to head down the coast from Caldera to La Serena, as we could use that town as a base to visit the Mamalluca Observatory. This observatory aims at providing a great introduction to amateurs interested in astronomy: a great fit for our family.

We arrived in La Serena during the afternoon and with a bit of fancy footwork managed to get on an early evening tour to the observatory. It took about an hour for our minibus to drive over to Vicuna, pick up the tickets and take us to the observatory. We chose the English-language tour which meant we were in a smaller group, although it did mean we didn’t see an introductory video in Spanish. Which was fine: our guide – Hernan – was first-class and had more than enough time to cover the introductory information with us directly.

Here’s a photo of the inside of the dome: 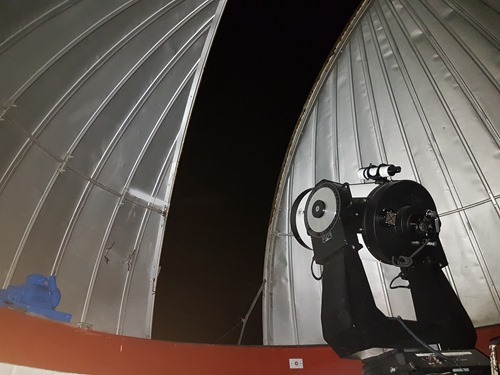 After this we headed outside to use a smaller, Newtonian telelscope, through which we saw:

With this telescope it was possible to capture images of the moon… here’s one from my wife’s cellphone. Too cool. 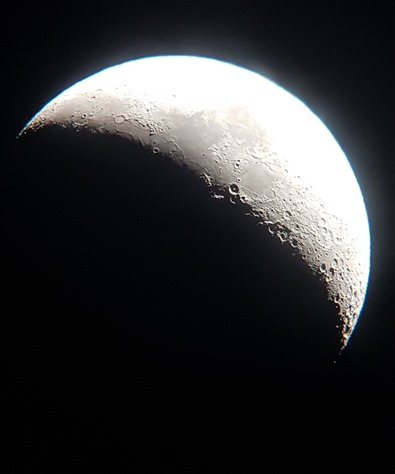 It was some time past midnight by the time we made it home: the kids were (once again) shattered, but it was completely worth it.

The next day we had a relatively easy day: homework (and work-work for me) in the morning, followed by sitting on the beach during the afternoon. It’s low season here in La Serena, which in my view makes it a nice time to visit. 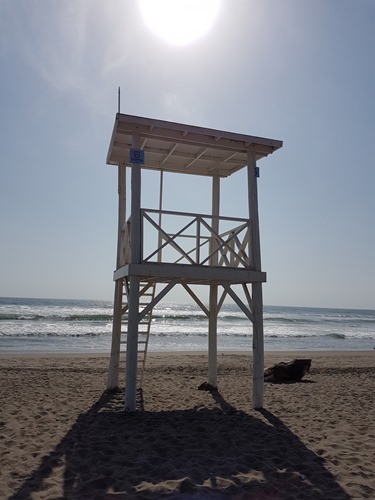 Here’s a quick look up the beach: 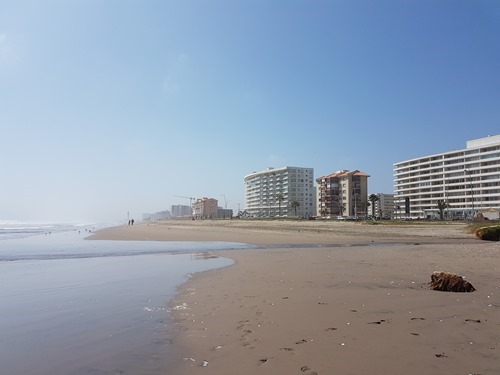 From here we’re heading to Valparaíso: our last stop down the coast before reaching Santiago and leaving the South American mainland.