« Brazil to Argentina | Main | Salta and the Salinas Grandes »

I wasn’t expecting very much from either Córdoba or Tucumán. They were originally just waypoints on the path to Salta and beyond.

This is pretty much exactly what Córdoba ended up being: it’s a big, fairly unexceptional (in our view, anyway) city. For sure there are things we might have visited that would have improved our view of it, but we decided not to spend an excessive amount of time trying to discover another side of Córdoba: we focused more on the kids’ schoolwork and recharging our batteries after the more hectic days in Rio and Iguassu.

On our first day in Córdoba it was really cold and windy: thankfully the weather improved, day-by-day, so we were often able to walk around in short sleeves. 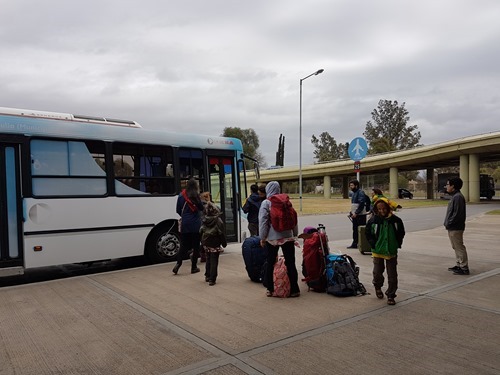 It’s spring in this part of the world, so the trees were just stunning. 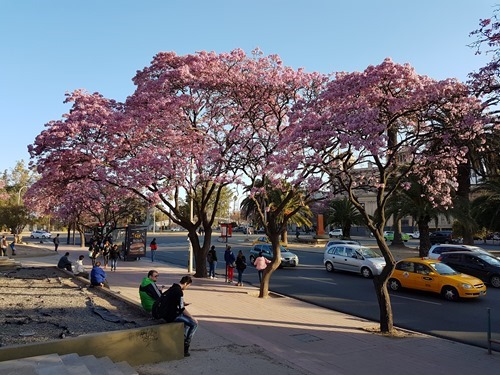 Córdoba is a major Argentinian city, so I decided to use the opportunity its UPS office presented to send my Nexus 5X in for repair: while theoretically out of warranty, LG are seemingly lenient on the particular issue my device is suffering from. Nice to see them stepping up and taking responsibility for product quality. Getting it back will be another challenge – us not having a fixed address anytime soon – but someone at Autodesk will find a way to get it to me, assuming it gets repaired.

I talked last time about the bus we took from Córdoba to Tucumán. One of the reasons we decided to break the journey in Tucumán was it was a convenient distance from Córdoba. The other was the historical importance of the city: it’s where Argentina’s declaration of independence was signed 201 years ago. 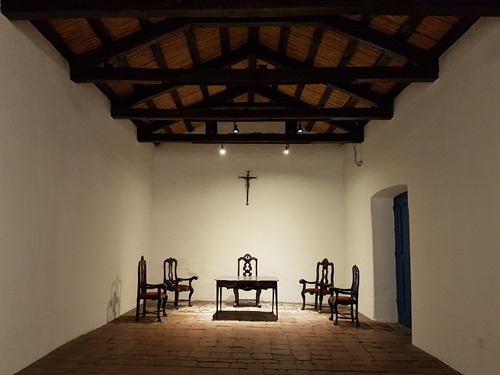 We used Airbnb in both cities – the one in Córdoba was a little old-fashioned (but well located), while the one in Tucumán was nice, spacious and well located. 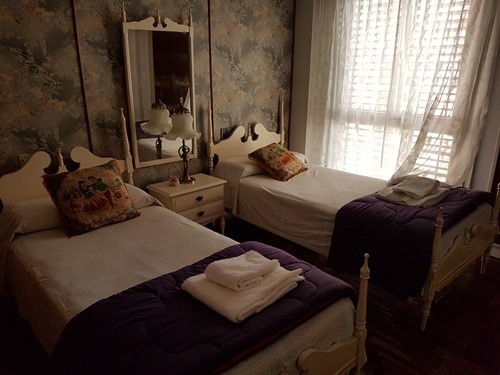 We booked 2 nights in Córdoba and 3 in Tucumán… in the end I was glad we did it that way: Tucumán proved to be a much more interesting a place to visit.

We did some of the typical tourist activities – visiting the Casa de la Indepencia, for instance – and decided to take a bus up to San Javier for our last day. This is a standard, local bus, but most people take it to visit the Christ on the hill, there. 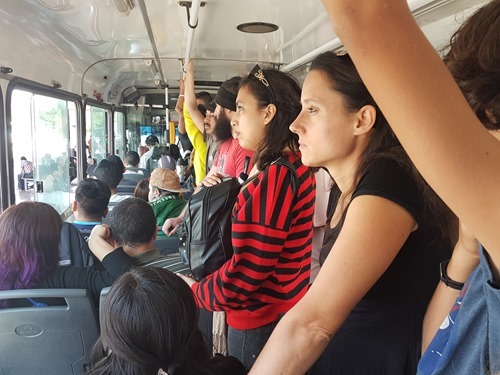 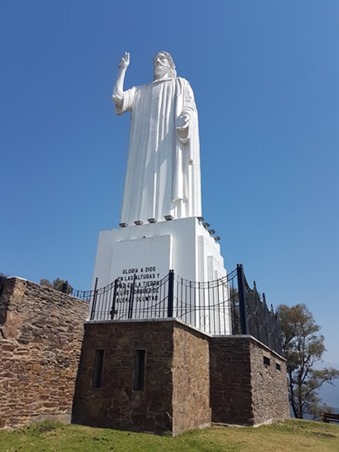 We did that for a few minutes and then decided to wander along the road. After about a kilometre of walking, we saw a sign for a “restobar” and decided to take a break. 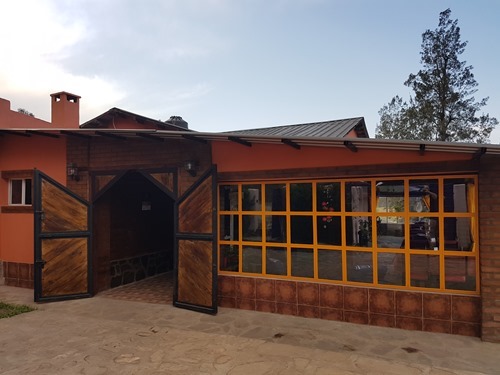 When we were shown to our table, the chef came up to us and asked where we were from. We said “Switzerland” and he replied “Seriously?”, with some enthusiasm. It turns out his wife is from Zurich: that’s where they met before they moved here 8 years ago. They drove from Switzerland in a camper van that still has its Swiss number-plate: 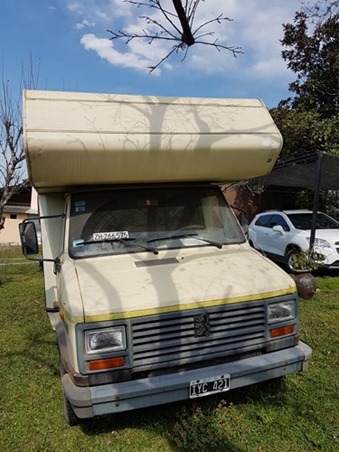 It turns out our visit was a big deal, in that we were the first Swiss people to visit their restaurant since it opened. Tucumán in general doesn’t appear to see many tourists – which is a bit unfortunate given its appeal and historical significance. This was clear from the bus we took up to San Javier – we were the only non-locals on it.

This, in itself, was pretty cool, though: we’d been in too many places that were swamped with tourists from various places, so being here on our own was in a sense quite special.

Anyway, the restobar served us some delicious freshly made empanadas and lemonade: 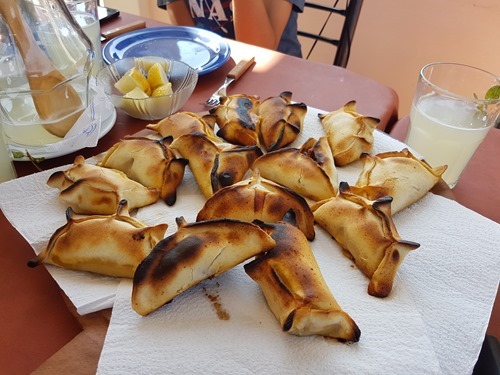 There are only 3 buses down the hill from San Javier on Sundays, and rather than waiting 2 hours for the last bus we decided to walk down, taking the XXXXXX trail. This was a great decision, as the scenery was just incredible. 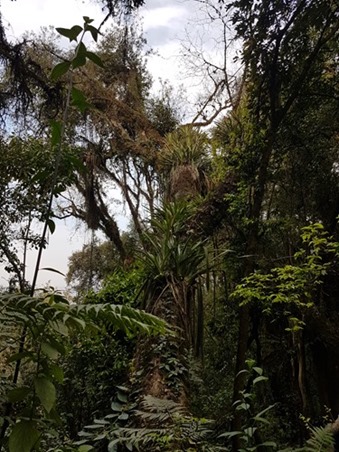 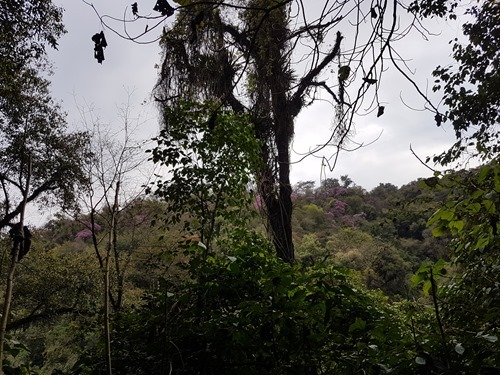 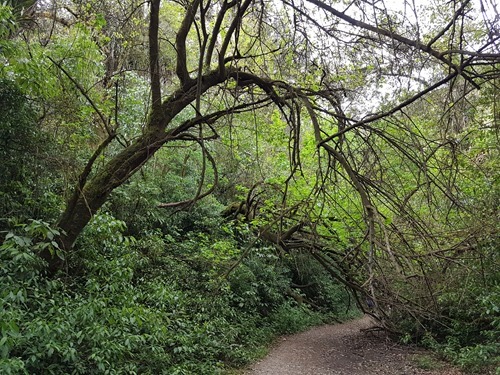 We got to the bottom and had to walk quite some way to the nearest bus route. On the way we came across a number of grassy areas – some of them in the middle of roundabouts on busy roads! – where locals were enjoying their Sunday afternoons. It was more than a little surreal: any open space with a small amount of grass seemed to be used for picnics, barbequeues and get-togethers. 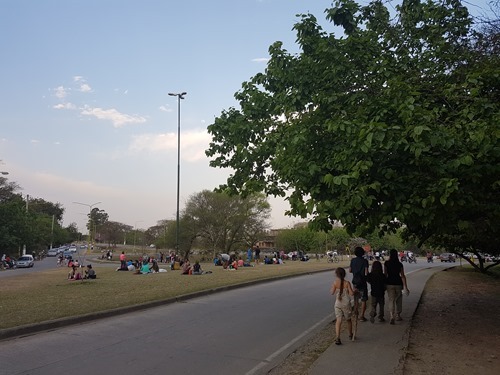 We were shattered by the time we arrived back in the flat for our last evening in Tucumán. It was a nice evening, a fitting end to our “off the beaten track” stop here. 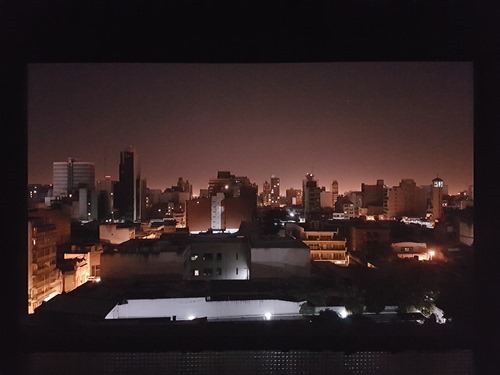