In the last post we looked at a basic implementation of a round-the-world itinerary in Google Maps. In today’s post we’re going to add the ability to see the first photo associated with a location when you click on it. The Google Maps API makes it fairly easy to get the photos associated with a particular place, but it helps to identify that place uniquely: while you can search for a place based on its name, it’s more efficient and reliable to get its unique “place ID” and use that instead. I used this handy PlaceD Finder tool to... Read more →

Over the next few posts I’m going to talk about the process I went through to integrate the itinerary for our imminent round-the-world trip into the awesome web-site my wife has set up. The initial approach I took was to use Google My Maps: this is a really cool tool for creating a custom map without any coding needed (yes, I know – that doesn’t sound like much fun :-). For instance, you can set up your placemarks and link them with a route, and when individual places are clicked it shows a nice sliding info panel. I started... Read more →

It’s now less than a week before my family and I get on a plane and start our big trip: visiting 13 countries on 5 continents (not including the one we’re starting from) over the course of 6 months. We leave on July 2nd, 2017, and – if our plans don’t change – will return home on January 5th, 2018. Here’s a map of where we’re going… be sure to zoom into different locations and click on the place-markers to bring up additional information. It’s been a deliberate choice, over the years, not to talk much about my family... Read more →

Integrating the 3dRudder with AutoCAD

I mentioned this device, late last year, and have been meaning to spend time integrating it into AutoCAD ever since. The 3dRudder is an interesting perpheral: while currently targeted at helping seated VR users navigate intuitively in 3D – effectively keeping their hands free – it was originally intended for CAD users. So it’s nice that it’s going back to its roots, as it were. Here’s an excerpt of a video of Christian Slater demoing the 3dRudder integration with Rhino (I’m kidding about it being Christian Slater – he just looks a bit like him :-). Over the last... Read more →

A new era at Autodesk

As John Walker once said, many years ago, Autodesk does not change CEO very often: during the first decade of the company’s history, only two people had the role. Like a lot of things John said back then, it turned out to be impressively predictive of the future: during the following 25 years we had just two more! Here’s the list: John Walker, 1982-1986 Al Green, 1986-1992 Carol Bartz, 1992-2006 Carl Bass, 2006-2017 Andrew Anagnost, 2017-… As you can see from the last item, the search for our new CEO has ended: after some months during which Andrew and... Read more →

Forge and AWS: tell us what you need! 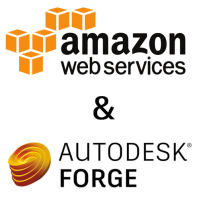 For most of the week – while at the Forge Accelerator in Barcelona – I sat next to an acquaintance (I’m happy to now call a friend) from Amazon Web Services: Tom “Elvis” Jones. Tom is a solution architect at AWS and has been to a number of Forge-related events over the last year or so. Autodesk has tightened its relationship with AWS in recent years, one of the reasons for Tom’s presence at Forge events. From talking to Tom, it’s clear he’s interested in helping Forge developers get started more quickly with the AWS platform, something that’s going... Read more →

Football and Forge in Barcelona

As always, the annual football tournament – this time in Barcelona – was a complete blast. The Neuchatel team was as strong as it’s ever been, in my opinion, and played really well. We were in a tough group (yes, the proverbial “group of death”), but managed to qualify for the knock-out stage with 3 wins, 2 draws and a loss. The weather was scorching… a beautiful early summer’s day. We had a few great games in the knock-out phase, eventually losing (again) in the quarter final on penalties to the UK team (who went on to win the... Read more →

How healthy is Forge?

Autodesk has maintained a health dashboard for its cloud products for quite some time. The good news for Forge developers is that – just in time for next week’s Accelerator in Barcelona – Forge has been added as a line item: Given the internal response to the technical issues we experienced during the last Accelerator I attended in Munich, I’m pretty sure we’ll be green through the week in Barcelona. Let’s hope so, anyway! One great feature of the dashboard is the ability to subscribe to notifications: once you’ve signed in you’ll have the option to do so via... Read more →

Autodesk is seeking a Senior Evangelist for AR/VR

There’s a very interesting job posting that I wanted to highlight for readers of this blog: Autodesk’s Immersive Experiences Group (IXG) is seeking a Senior Evangelist for Augmented and Virtual Reality. IXG is a fairly recently named group at Autodesk: I’m curious about the choice of the term Immersive, as my understanding is that the organisation’s mandate is very much also about Augmented and Mixed Reality, which for me is more contextual than immersive. But frankly that’s a minor detail: IXG does have a nice ring to it, and we do love our TLAs at Autodesk. Here’s an excerpt... Read more →

OK, so that was perhaps a little mad. Earlier today I spent 5 hours on the train – going from Neuchatel to Zurich and then on the new SBB service via the Gotthard Base Tunnel – to get to Milan, had a coffee with my uncle (who lives and works nearby), gave a 30-minute presentation on Forge and AR/VR at a Meetup, and then spent 4.5 hours on more trains – this time going towards Geneva on the EuroCity (formerly Cisalpino), and then changing at Brig to head via Bern – to get home. This was the main train... Read more →

Coming to Milan for a Mixed Reality Meetup

On Tuesday, I’ll be travelling to Milan and back (on the same day, by train) to present at a “3D / Mixed Reality” Meetup hosted at the beautiful new Microsoft House, headquarters of Microsoft Italia. I’ll be talking about Forge and AR/VR, and I’ll no doubt include a Dancing Robot or two, I expect. It’s pretty cool to be visiting Microsoft House: it was designed by Swiss architect Herzog & De Meuron (a good customer of Autodesk’s who I visited earlier this year in Basel) and it looks absolutely stunning. Many thanks to Giorgio Mazzucchelli for extending the invitation... Read more →