« Football and Forge in Barcelona | Main | A new era at Autodesk »

Forge and AWS: tell us what you need!

For most of the week – while at the Forge Accelerator in Barcelona – I sat next to an acquaintance (I’m happy to now call a friend) from Amazon Web Services: Tom “Elvis” Jones. Tom is a solution architect at AWS and has been to a number of Forge-related events over the last year or so.

Autodesk has tightened its relationship with AWS in recent years, one of the reasons for Tom’s presence at Forge events. From talking to Tom, it’s clear he’s interested in helping Forge developers get started more quickly with the AWS platform, something that’s going to be increasingly important as the two platforms become more tightly integrated.

If you’re not sure of the difference between Forge and AWS, you can think about AWS as a “Cloud OS”, while Forge offers complementary services (which are very often implemented using AWS, themselves) that are intended to be used by developers building tools that need to interface with design and engineering data. You don’t have to use AWS with Forge – the nature of web technology means you can really choose the “OS” that suits you best – but the fact that Forge is so closely associated with AWS makes it a common choice for many. 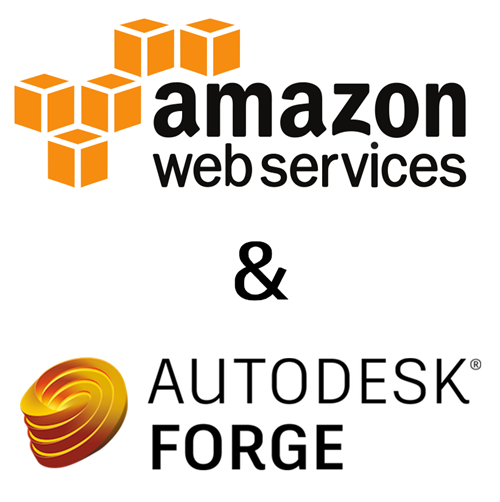 Tom and I brainstormed a little about resources that might benefit Forge developers – and I know Tom asked members of the Forge team, as well as external developers at the Barcelona event – but it occurred to me that readers of this blog might have something to say.

So, what would help you get started using AWS in conjunction with Forge? Have you already tried but weren’t able to find what you need?

Here are some ideas to get the discussion going:

(A hint: at least one of the above exists already… some of this is going to be about building awareness of existing resources, not just about creating new ones. :-)

Please post a comment – or send me an email – if you have input for either Autodesk or Amazon regarding the resources that would help you start working with Forge and/or AWS. I’ll make sure your input gets routed to the right person(s).

A little bird tells me that Tom has had a couple of classes accepted for the upcoming Forge DevCon – adjacent to AU 2017 – in Las Vegas. One of them is called “Forge Ahead with AWS”, which sounds great. So if you’d like to discuss this in person with Elvis (in Las Vegas, I mean how perfect is that? :-) then plan on attending the DevCon from November 13-14.