Football and Forge in Barcelona

As always, the annual football tournament – this time in Barcelona – was a complete blast. The Neuchatel team was as strong as it’s ever been, in my opinion, and played really well. We were in a tough group (yes, the proverbial “group of death”), but managed to qualify for the knock-out stage with 3 wins, 2 draws and a loss. 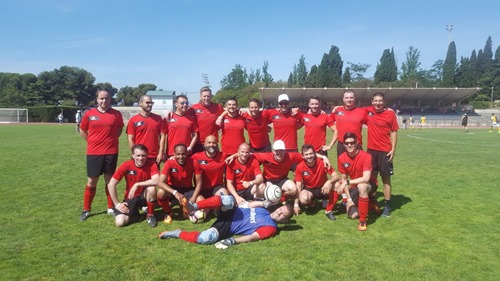 The weather was scorching… a beautiful early summer’s day. We had a few great games in the knock-out phase, eventually losing (again) in the quarter final on penalties to the UK team (who went on to win the whole tournament). We ended up being 6th out of 28 teams, which was a decent enough result. 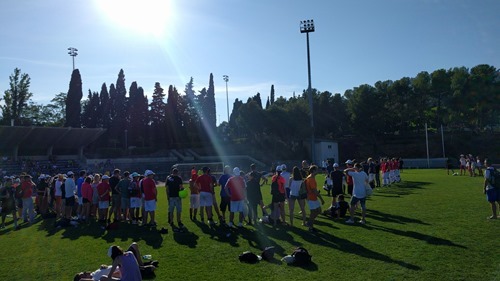 The celebration afterwards wasa beach party at the Club Natació Barcelona. We went on from there to find a nightclub that allowed people to enter wearing shorts and flip-flops. I was pretty shattered, after the tournament, but somehow ended up staying out all night. We watched the sun come up from the roof of the hotel before getting to sleep after a 7am breakfast. I haven’t done anything like that in years! 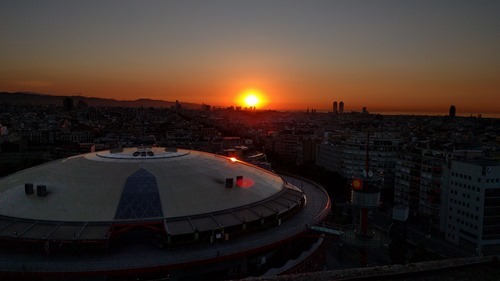 Sunday was a recovery day: a few of us stayed on and took the chance to visit the city a little. Here’s a shot from the Telefèric del Port heading towards Montjuïc. 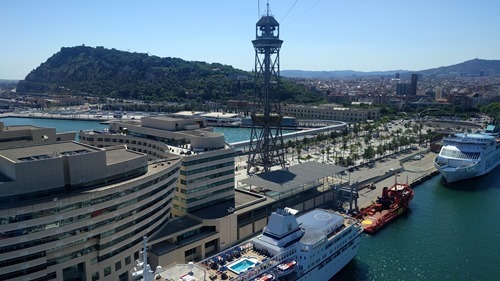 I have to say that on Friday evening and Sunday lunchtime I ate really badly in Barcelona. The restaurants we tried near the hotel (which was on the Plaça d'Espanya, a very touristy area of Barcelona) and in La Rambla were a huge disappointment. I’m sure we could have done better with a little research – we just took our chances and sat down at places that seemed OK – but the food was the worst I’ve eaten in Barcelona. I’m guessing that the continual flood of tourists has led to extreme opportunism amongst restaurant owners. I’m really not very difficult with food, in general, but when you make Fideuà with canned spaghetti I think you’ve crossed a line. (OK, perhaps I’m exaggerating, but only slightly.)

Thankfully, last night I met up with members of the Forge team (Peter, Adam and Philippe) and finally had some decent food. Holding the accelerator in the Poblenou district was a great idea… it’s much more peaceful and seems to have far fewer tourist traps. 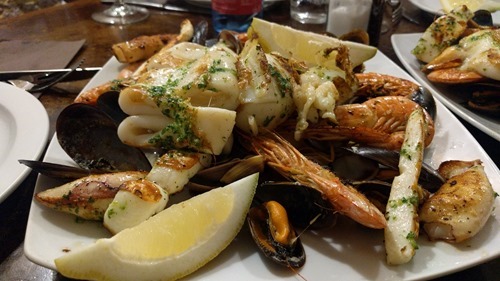 It’s my first time in the new Autodesk Barcelona office, and it’s jaw-droppingly fantastic. I mean, check out the view! 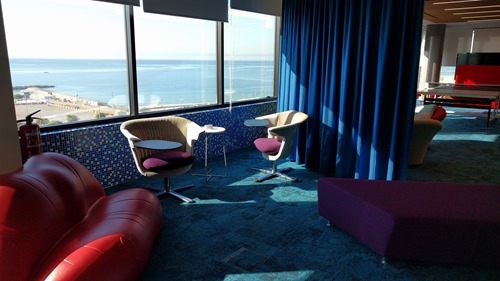 The Accelerator is being held in a large meeting room on the 7th floor. Cyrille has brought his DAQRI Smart Helmet, so I’m looking forard to seeing how the technology has progressed since I tried it last. 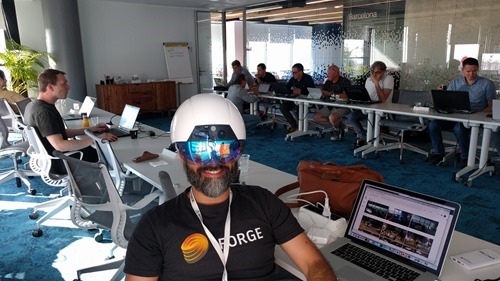 I’ll be here until Wednesday, and will do doubt post an update at some point during the coming days.