Most of my team has been 100% focused on an event taking place in Toronto, this week, the Symposium on Simulation for Architecture and Urban Design (or SimAUD). This is a really interesting conference for people working in our space: I’m looking forward to attending myself, at some point.

As the only non-Toronto based member of the team, it made sense for me to skip it (and given the fact I’m about to embark on a 6-month trip – including some time in Toronto – I didn’t even suggest that I attend). This meant that I ended up spending the last 3 days working on Dasher 360 alone – which isn’t normally the way things go: on any typical working day I probably speak to my colleague Simon Breslav 2-3 times about things we’re both working on. Far from being disruptive, these chats often help me (and hopefully Simon, too) work through issues more quickly than dealing with them in isolation.

The last few days, I’ve mostly been working on support in Dasher 360 for equipment, where you have multiple sensors in a single device. These were already supported in our back-end, but needed some work from both Simon and myself to integrate into the front-end.

Here’s a screenshot of intermediate nodes placed in the sensor list’s hierarchy: 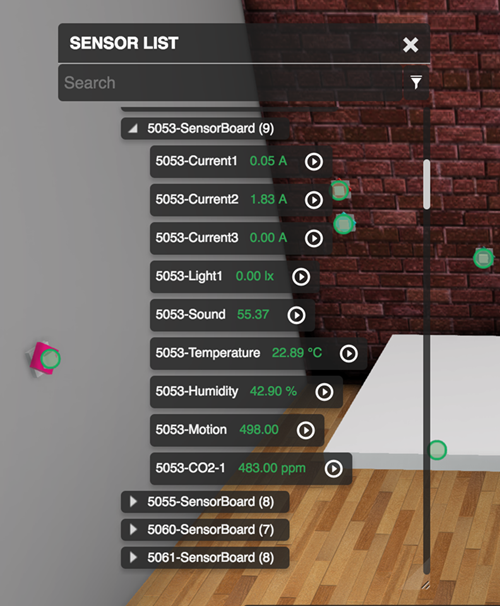 This is still a work in progress, but we’re getting there: you can now take “unpositioned” equipment and position them with a single click inside Dasher 360. The sensor filtering work done previously really helps when you have multiple sensors placed in the same location, of course.

Speaking of equipment… planning for our round-the-world trip, I have a pretty hefty shopping cart in Amazon, waiting for me to hit the “buy” button. Luckily we’re heading via a friend’s place in Connecticut quite early on in our trip – we’ll only be staying in hotels and Airbnbs for the few stops before we get there – so we can bulk purchase a bunch of backpacking equipment (which would either be expensive or hard to get in Switzerland) for when we get to Yellowstone and the other national parks we’ll be visiting on our way from there to San Francisco.

Here’s a quick GIF showing what’s currently on our list. It’s getting a longer by the day, too.

We’re not planning backpacking all the way: we’ll be adjusting according to the country we’re in and how we’re feeling. For instance, no one camps on Tahiti, apparently. It’ll be an adventure, one way or another. Now that we’re working through our “to do” list, I’m actually starting to get quite excited about the trip. With just 5 weeks to go, that’s probably a good thing!

The next two days are public holidays, here in Switzerland. So we’re going to take some of our equipment out for a spin on a few hikes, to kick the tyres. This will help the whole family get into the mood, I expect.