The AEC Hackathon in Munich

I had the great pleasure of attending the first half (give or take) of the recent AEC Hackathon in Munich. It was held over the first weekend of my kids’ school holidays, so I ended up having to compromise on attending the full event: I flew in on Friday afternoon – with just enough time for some VR fun at our Munich office – and flew back home on Saturday afternoon. So I didn’t get to attend the really fun piece – seeing the results of the weekend’s efforts – but I will talk in this post about what I did get the chance to see.

The event was hosted on the 5th floor of the main TUM building. For Friday’s kick-off it was a beautiful, unseasonably warm evening, and our event shared a very small elevator with what seemed to be the most popular bar on the TUM campus, so it was a bit of a struggle getting up and down. The two events ended up having very different attendees, but – perhaps surprisingly – I was actually very happy to be stuck inside with my fellow AEC Hackathoners. :-) 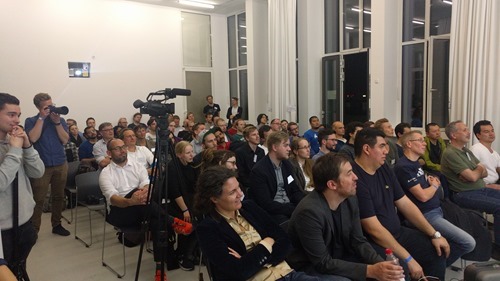 One of the main founders of the AEC (and VR) Hackathons, Damon Hernandez, was unfortunately absent – he had two very valid excuses, though: Damon was hosting a panel discussion on WebVR at SVVR and it also happened to be his birthday – and so ended up addressing the gathered attendees via Skype. 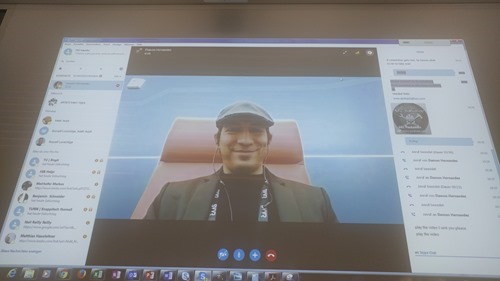 There were a few technical challenges getting audio to work, but hey. :-) 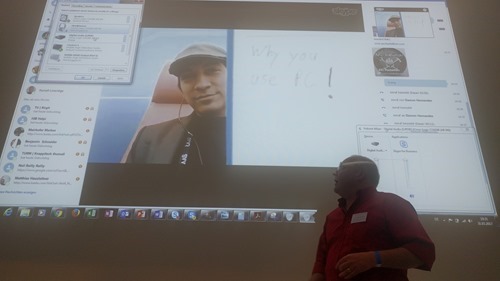 This intro was followed by a number of keynote sessions. I didn’t take many photos during these, as we were largely asked not to, but I felt entitled to take snaps of slides involving Autodesk Research.

Someone I’ve known now for nearly a decade, Shajay Bhooshan from Zaha Hadid Architects, presented a number of projects worked on by the team I’m now in, which was really cool. 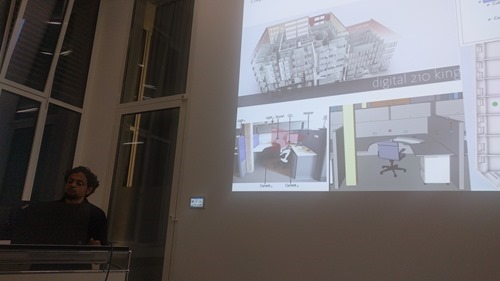 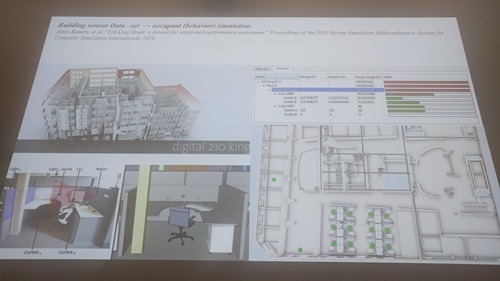 A couple of slides highlighted research specifically performed by my “partner in crime” on Dasher 360, Simon Breslav: 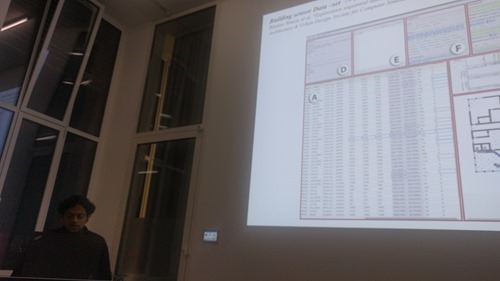 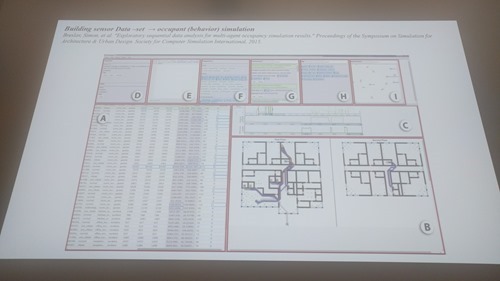 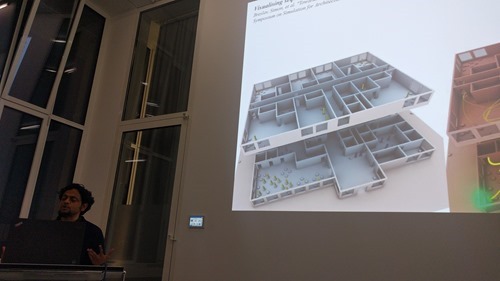 The next day a number of technical sessions were held, one of which I presented on my work on Dasher 360 and the “dancing robot” HoloLens project: 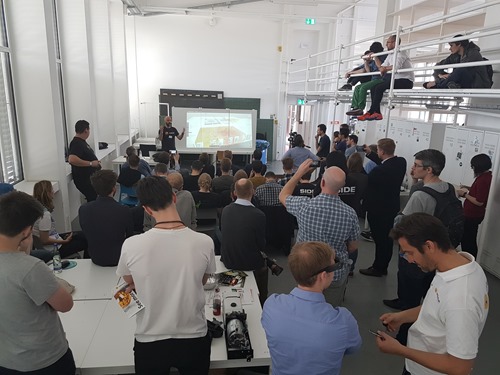 I spent a fair amount of time giving HoloLens demos to people, which was also a lot of fun. 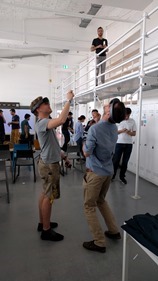 A major benefit of attending this kind of event is the level of interaction between attendees. Everywhere you looked you could see people engaging on (presumably) fascinating topics. 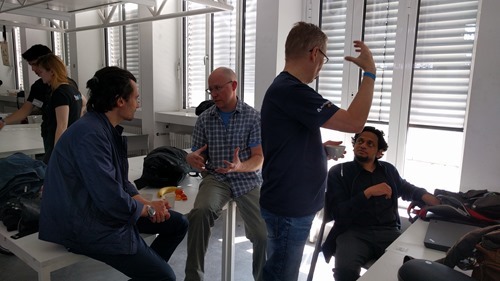 I was tired by the end of the day on Saturday: in some ways I was relieved to be leaving, but I was mostly sad not to be there for the end. As I headed out the door towards the airport, I took a quick parting snap of Greg Howes – another co-founder of the AEC Hackathon events – talking about the Digital Fabrication Network and its members. 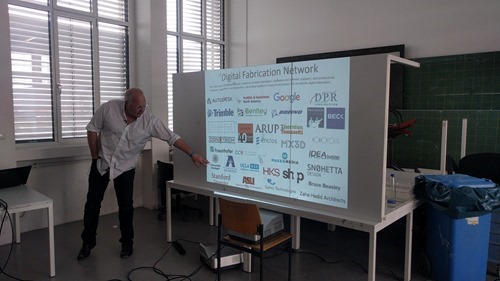 This event was extremely well organised and managed, but this clearly took a lot of effort. Kudos to all those involved, especially to Autodesk’s own Philipp Mueller, who put in a massive amount of effort to make this initial, Munich-based event a success. I’m looking forward to learning more about how things went, as well as attending future AEC Hackathons whenever I get the chance!