« Through the Interface goes Around the World | Main | Goodbye, Carl »

On Friday we had our first external visitors to the VR room at Autodesk Neuchatel. Jose and Erich came across from Amstein + Walthert, an engineering firm headquartered in Zurich. Jose had reached out to me – we’ve been in contact a few times, over the years – as he’d read about the VR room on this blog and was curious to try it out.

The room still isn’t 100% ready – we’re waiting for some furniture to show up – but it seemed a good opportunity to try out some of our VR demos on live volunteers.

Here’s the rundown of the demos that we walked through, showing a range of VR and AR projects: 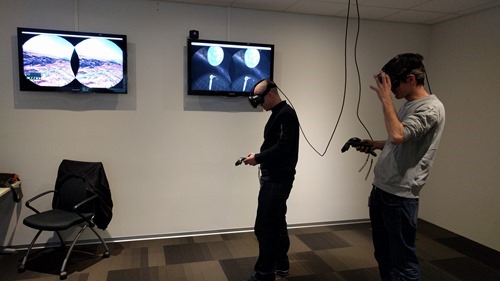 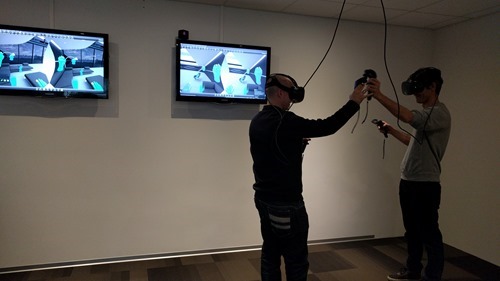 There were other VR demos I could have shown, too – such as Autodesk ReMake – but I chose the above based on both the work A + W does and on Jose and Erich’s interests. It was really a fun afternoon: a big thanks to Jose and Erich for making the trip across and being my first test subjects!