Yesterday Carl Bass announced he would be stepping down as CEO of Autodesk. The news came with the 9am Pacific press release, followed quickly by Carl’s email to employees (reproduced here).

I’m pretty sure that only a handful of people knew about this in advance: the rest of us were completely stunned. Autodesk has had “participation” from activist investors over the last year and a half or so – they were even mentioned in the press release talking about Carl’s departure – so clearly the concern was that Carl was in some way pressured into leaving. At least that was my personal concern.

To help employees process the news, there was one last “Carl Talk” at 10:30am Pacific – an All Hands meeting held in San Francisco that was broadcast live to employees everywhere. Carl was joined by our SVP of HR, Jan Becker, as well as the interim joint CEOs, Amar Hanspal and Andrew Anagnost.

It was quite surreal watching the live-stream along with thousands of colleagues around the globe: the comments stream was crazy. It was a stormy day in SF, too – you could see the wind blowing the trees outside when the camera zoomed out – which was somehow fitting. 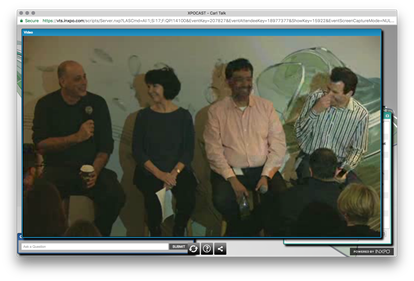 The webcast was an emotional event, and not only sad: it was a chance for us all to look back at Carl’s incredible contribution to the company, as well as to look to the future. It became clear from Carl’s comments that it wasn’t because of external pressure that he’s leaving – if anything he has stayed longer in his role to help manage the external pressure Autodesk has been under – which came as a relief. The company is working its way through the technology and business model transitions, and is arguably on track on both fronts. Carl just felt the timing was right.

It’s easy to underestimate Carl’s impact on Autodesk. He himself says that the main thing a CEO is able to influence is culture: having a CEO who is approachable, caring and incredibly knowledgeable about the industries we serve was a complete blessing. Carl brought humanity and authenticity to the role of CEO: he’s really a great person.

But Carl’s impact went way beyond impacting our culture: as a hands-on user of many of our products he had an incredible bullshit detector – which he used to great effect when steering our technology offering – and would often spend time in the online forums, taking the pulse of how customers felt about our products. Carl’s influence on – and contribution to – our technology was immense.

I joined during the Bartz era but really saw the company blossom under Carl’s leadership. It was incredibly inspiring to be a technologist at Autodesk under a CEO who was passionate about innovation and meeting customer needs. While the company is in safe hands during the transition, at least – both Amar and Andrew are extremely competent executives – Carl will definitely be missed. 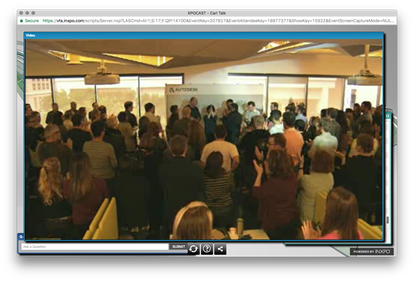 The statement Carl made on his plans for the future in his letter to Autodesk employees tells you almost everything you need to know about this amazing person, and seems a fitting way to end this post:

Thank you for everything, Carl, and all the very best for whatever’s next.