Autodesk Neuchatel’s VR room will soon be open for business!

The work is nearly complete on the VR showroom in Autodesk’s Neuchatel office. Before the big unveiling – which will probably happen early next week, although it’ll probably be a month before the last furniture shows up – I thought I’d share a few snaps taken during the complete build process.

Here’s a photo of the original space. The two adjoining walls in the far corner are just partition walls, at this stage. Independently of the room being built, the decision was made to make these walls more permanent. 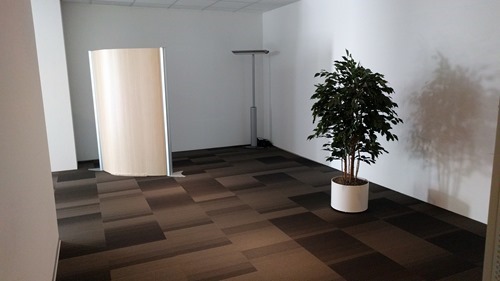 So the first phase was to build permanent walls on two sides of the new room. The entrance will be through a new glass door to the left of the photo. The photos are being taken from outside the new room, from a location which will be walled off by a partition towards the end of the build. 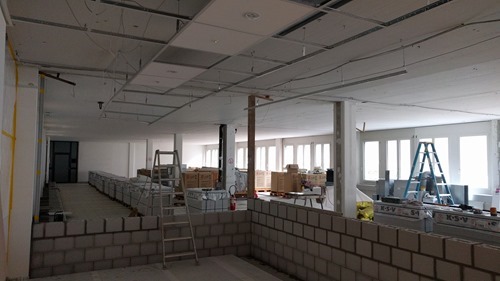 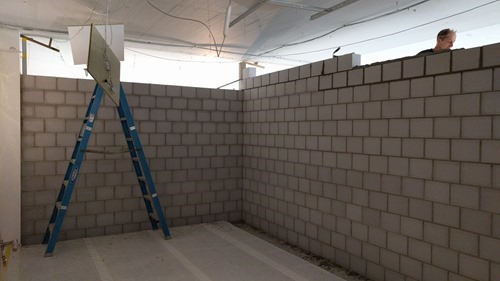 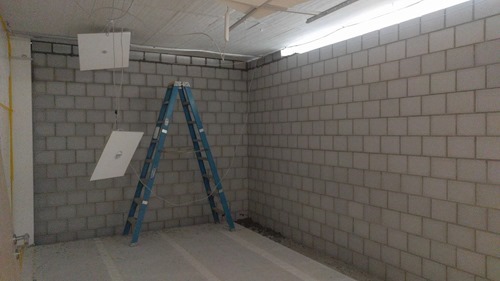 Things shaped up quickly after that, once the new walls were plastered and painted. 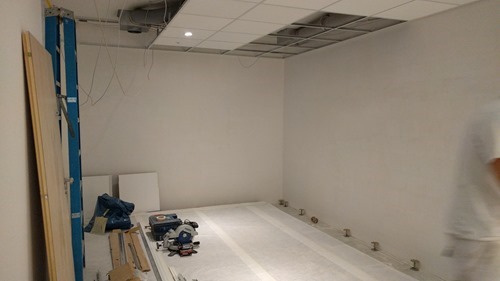 Here you can see the partition wall about to be built, as well as the electrical and network conduits along the far wall (where we’ll have our VR PCs on a couple of tables). 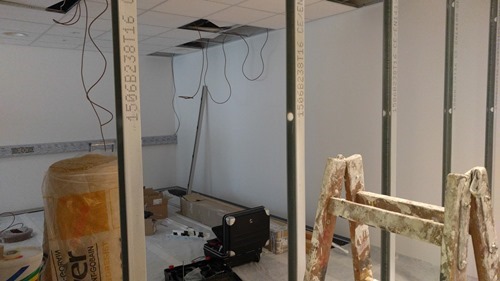 Once the partition wall was built, I switched the viewpoint for the photos to be through the newly installed glass wall (where the entrance is). You can see a couple of wall-mounted TVs that will show people what’s going on in the two VR participants’ virtual world. You can also see the two ends of the HTC Vives’ cables: on the left they come out near where the desks will be, the other ends are hanging from the ceiling to help avoid entanglement. I’m hopeful that having the cables passed through the ceiling like this will work well: it’s certainly making the place a lot tidier but the main aim is to reduce tripping. 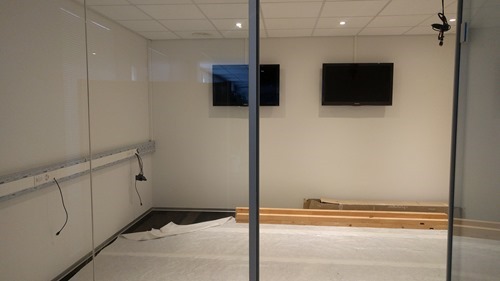 Here’s the view of the new partition wall (between coats of paint, I believe) from the new doorway. You can see the right-hand TV and the Vive cables hanging down. 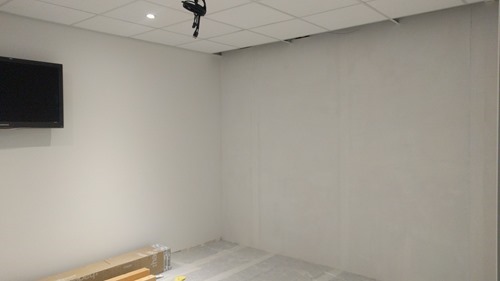 So there we have it: on Monday the painting should be completely finished so I can install the VR equipment. Exciting!