The European DevDay in Munich

On Sunday I flew out to Munich for our annual European DevDay. For the first time I chose to fly from Bern’s airport in Belp, which is a short 45-minute drive from my home. It’s a small airport, so I could park right next to the terminal and walk a short distance to the check-in. Here’s the plane I took – an Embraer turbo-prop. Checking into the Ramada Hotel in Munich, I realised I’d stayed here before for one of the Autodesk Soccer tournaments. I’d forgotten how long the corridors were, and I was unfortunately assigned a room right at the end. I always think to ask for a room near the elevator when checking into hotels in Las Vegas, but I just don’t have the same reflex in Europe. Sigh. 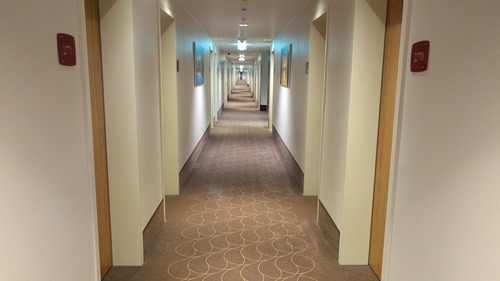 On Monday morning, the DevDay kicked off. We had 180 people attend from all over Europe. 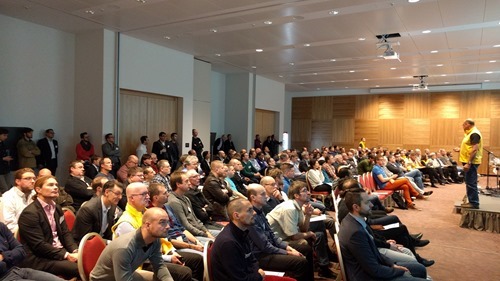 It’s always nice to see so many familiar faces. For instance, I’ve known Rob Oud – the boss of Cad & Company, one of our leading partners in Benelux – since I trained members of his team on Autodesk WorkCenter back in 1996. A major topic of DevDays, these days, is of course the Forge platform. A popular segment is the panel discussion with developers already working with Forge. It always results in a bunch of really interesting questions from the audience. 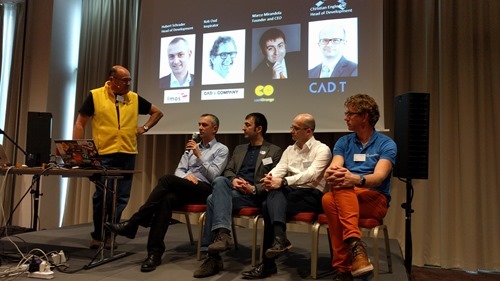 Jim introduced some of the “things to come” which included advanced visualization and VR in the Forge platform. Which is very nice to see for those of us interested in this area. 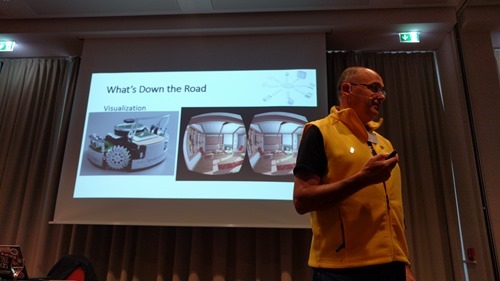 Cyrille Fauvel and I did a similar segment on VR and AR to the one we delivered at the DevDay in Las Vegas. There were a few hiccups getting one of the HoloLens devices to connect to the network, but once it did everything worked well. I didn’t take pictures, myself, but here are a few tweets.

After lunch I joined the “Platforms” breakout to let people try out the HoloLens demos first-hand. 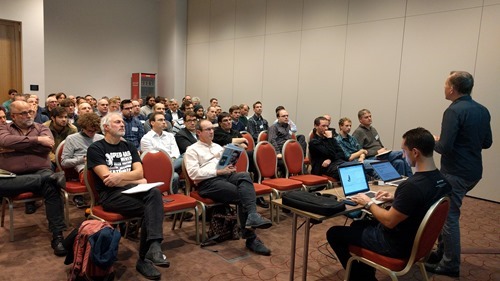 The evening event was to have dinner and play pool at Munich’s Dream Bowl. 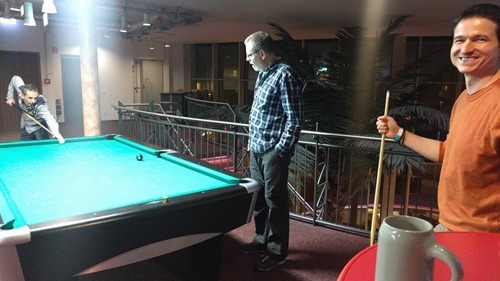 Then it was back to the hotel for one last beer and one last VR demo. 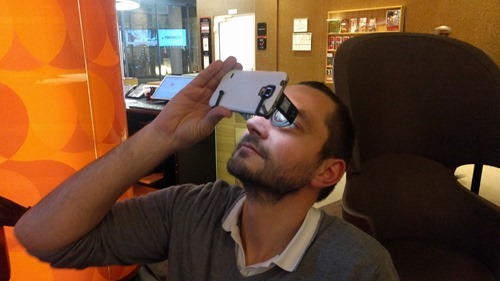 This morning I woke to find that St Nicholas had visited the hotel. It’s nice of him to think of us weary business travellers and not just the kids. :-) 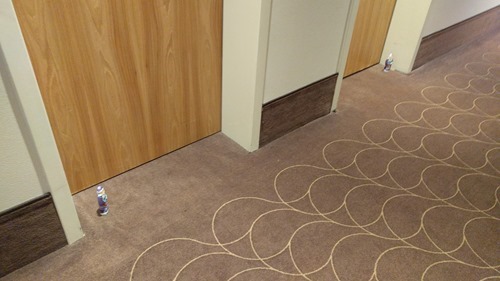 I’ll be here in Munich for the Accelerator until Thursday. So far I’ve had a number of interesting discussions with people on the Design Automation API, the Forge Viewer, IoT, VR and AR. I’m looking forward to more of the same!