It turns there is a downside to choosing a small airline based in a small airport. My happiness at discovering both the Bern airport and the airline flying out of it was considerably lessened when my flight home was cancelled without explanation, last night. 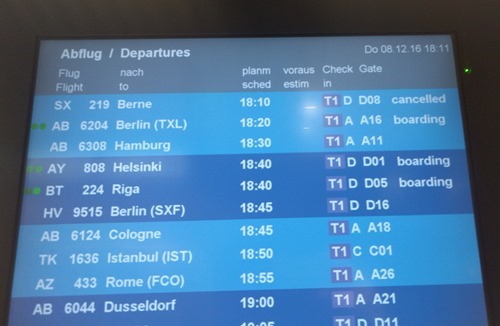 After much shared confusion with my fellow travellers, I ended up being offered a room in airport hotel and an 8am flight out today. So it was that I got back on the phone with Peter Schlipf and ended up joining the Forge Accelerator attendees for one last dinner at Fugazi No. 15. 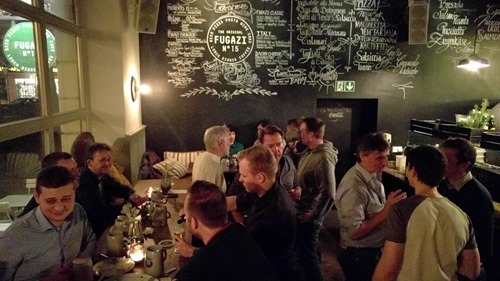 After the initial frustration, it ended up being a really fun evening. A photographic highlight for me was getting a snap of two Autodesk T-shirts, one from circa 1990 and the other from 2016. Many thanks to Per Voss from NTI CAD Center for sporting such rare merchandise. 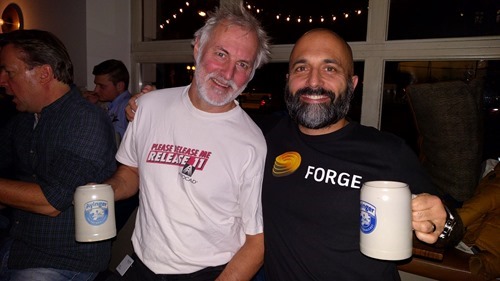 Here’s a quick snap of the whole gang… at least all those who chose to come out on the last night of the Accelerator, anyway. 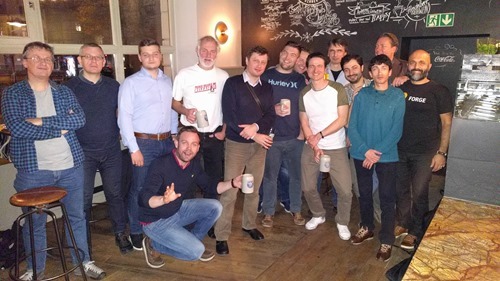 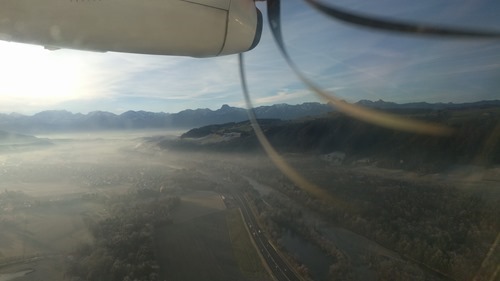 Many thanks to all the Forge Accelerator attendees for helping make it such a good week. As I mentioned yesterday, we had our ups and downs, but I’m pretty sure people found the event worthwhile.

Tonight I’m heading out to the Autodesk Switzerland Christmas Party. As it’s a nautical theme I’m dressing as Captain Haddock from Tintin, which should be good for a laugh or two.