As usual, this year’s Autodesk University was a crazy tech-fest. Here’s a lightning round-up of some of the cool stuff I saw, through the lens of my personal interests and the small amount of spare time I managed to spend exploring.

Firstly, AR and VR were everywhere. The Future of Making Things Pavilion had 11 different VR booths, some of which were connected for collaborative experiences. I didn’t get to try any (argh!) but I’m told I’ll be getting access to the experiences for our VR installation in Neuchatel, in due course. 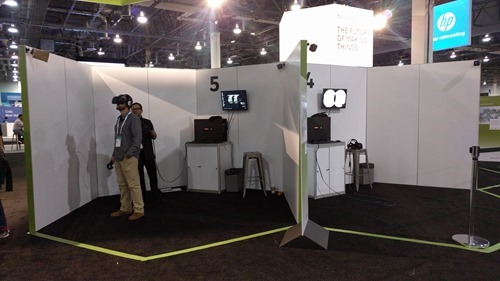 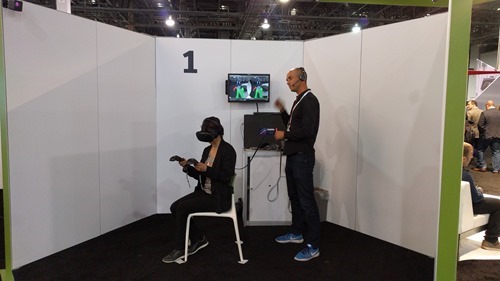 One of my favourite projects in recent years – and the brain-child of early Kinect hacker, Oliver Kreylos – is the AR Sandbox. This is another project we’re due to build for the Neuchatel office (we’ve bought the wood, now we just need to build the box and get it all set up).

The idea is that you manipulate a model of your terrain in a sandpit which gets constantly scanned by Kinect. The contour map of the terrain is projected down onto the sand, so you can see the high and low points, and even which areas are filled with water. Everyone loves holding their hands over the sand to make it rain – very fun. 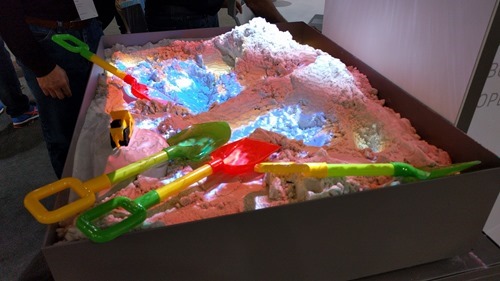 While (again) I didn’t get to try it, I did bump into my old friend Nick Zeeben, whose team was responsible for the exhibit. He told me they’d worked with Oliver to create an integration with InfraWorks, so you can transfer terrain date bi-directionally between the sandbox and the modelling tool. Can’t wait to try that in our own version, once it’s built! 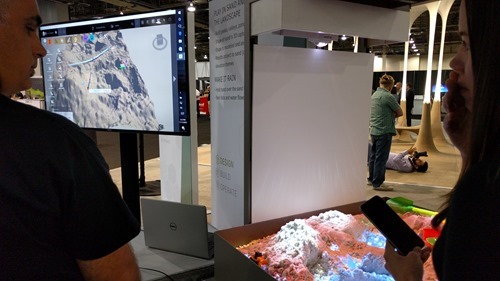 In other AR news, I had the chance to try DAQRI’s latest Smart Helmet, as well as an ealy prototype of what’s coming next. It’s interesting to see how they’re progressing the technology – I’m looking forward to spending some time working with it, too, when I get the chance. 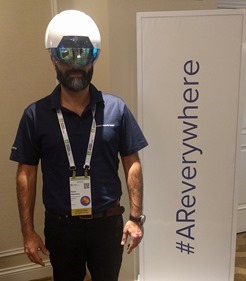 And yes, I had my HoloLenses with me during much of the event. I gave demos in the Exhibit Hall (what was meant to be a private customer demo ended up morphing into a set of demos for anyone walking past… I was stuck there for over an hour), as well as to colleagues outside the OCTO Airstream trailer in the registration area. It’s always fun to watch people in AR or VR. :-) 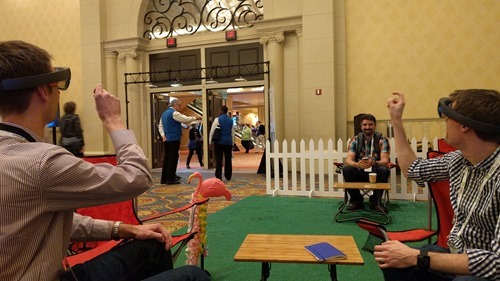 I even took one out to give a demo to Denis Morais from ShipConstructor while waiting for the closing keynote to kick off. 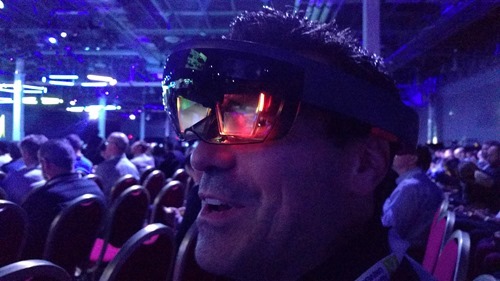 With all the excitement around Project Dreamcatcher – which received a commitment to be turned into a product over the next year or so, very cool! – there were a number of Generative Design exhibits on display. The bionic Airbus A320 partition – which received a lot of press, last year – was again on display, as well as the latest project from The Living called Project Discover: generative design of the new Autodesk office in the MaRS district of Toronto. 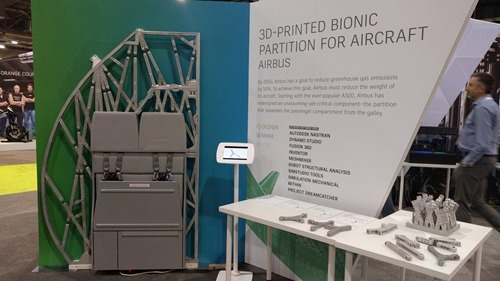 The Hack Rod was there, too, which was really nice to see in reality. 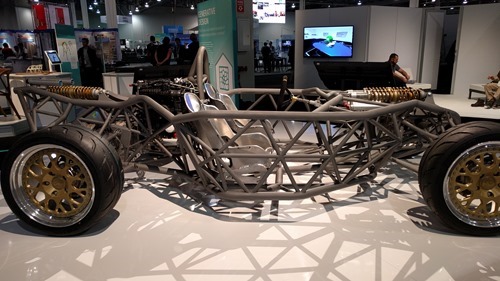 On the robotic side of the house, there was a really nice “3D printing” display using robotic technology to create larger-than-normal-scale 3D prints. This exhibit was already being disassembled by the time I had the chance to take a photo, sadly. 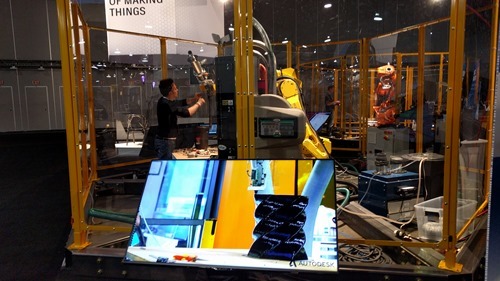 Here are a few prints that had been made earlier using various materials. The results are really beautiful. 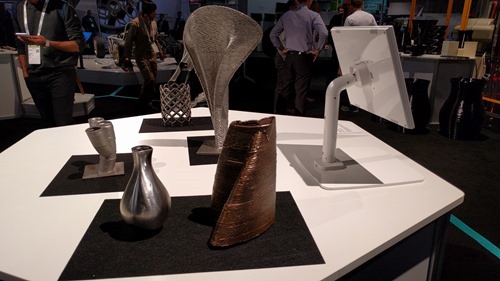 This is just a small sample of the cool stuff happening at the year’s AU. I would have needed a time machine (or a couple of clones) to really spend the time I needed with all that was going on. Let’s see what technology’s available to help experience AU 2017. :-)