Tuesday was my big day at AU2016: my colleagues, Alex Tessier, and I delivered a short segment during the Construction Launchpad session attended by roughly 1,000 people. This shot gives some idea of the size of the audience. 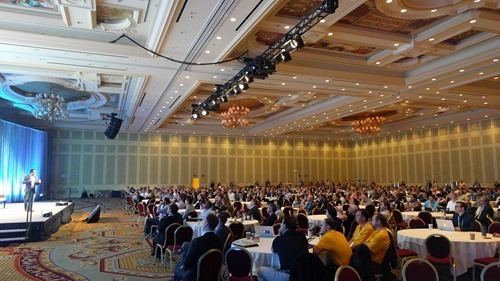 I think it’s probably the first time I’ve delivered a session with a camera showing me in close-up on the big screen. Here are a few tweets from the audience, showing what it probably looked like.

After the stress of presenting in front of such a large crowd, I was completely humbled to see 16-year old Anna Nixon deliver an incredible presentation during the opening mainstage event in front of several thousand attendees. There were even technical problems with her demo that she handled like a complete pro. Incredible job! 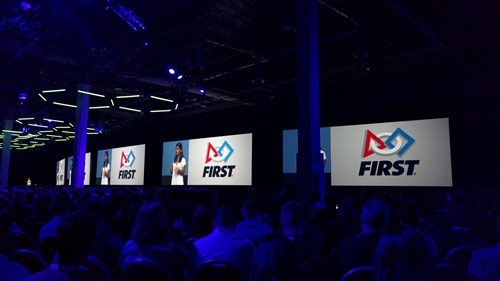 I then went and delivered my class about Dasher 360 and how we used Forge to implement it.

Getting ready for chat on #IoT and #Autodesk product integration with @keanw! #AU2016 #SkanskaAU pic.twitter.com/bzmWK3lYme

It also showed how you can use Dynamo to access our IoT back-end and modify designs based on historical and real-time sensor data. We had the height of cubicle walls in a Revit model adjust based on the amount of noise detected by a microphone. The attendees managed to make the walls go really high – very fun.

My day’s work responsibilities  ended with a quick roundtable on the use of disruptive technology in education, where I ended up doing an impromptu HoloLens demo.

Then came the blogger social, where our CTO, Jeff Kowalski, also gave it a try. 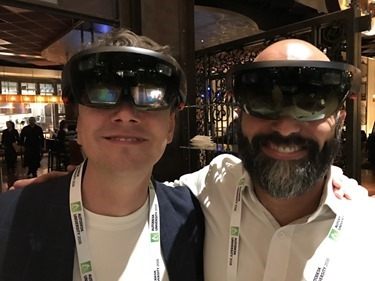 All in all it was a great, but completely exhausting day. Thanks to everyone who gave feedback on the sessions: it was a lot of fun and I truly appreciate the time everyone spent listening to me talk about the various subjects.