This is the second time I’ve been at a Forge Accelerator this year in Munich, and it seems it won’t be the last: there’ll be another one in early December, adjacent to the European DevDay being held here, and I’m pretty certain I’ll be back across for that.

It was a fun, whirlwind three days. The weather was nice when I arrived at the office on Monday morning – here’s a view across towards one of the nearby buildings. 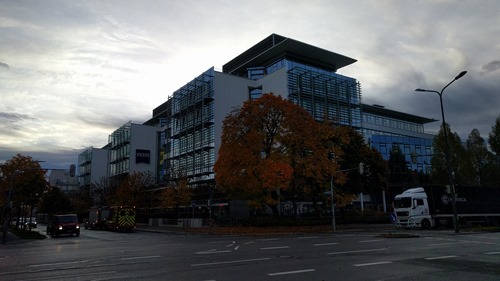 We had lots of participants, which was great. Here’s one of the rooms we occupied: 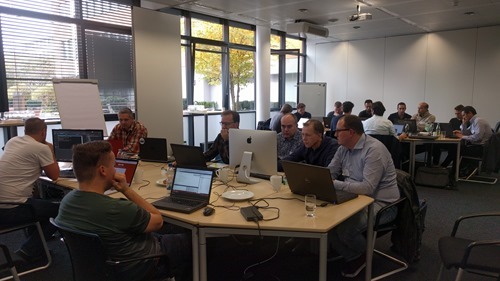 The weather was nice enough on the first day for us to eat outside (the next few days have been rainy, unfortunately). Here’s a cheeky shot I took of Jeremy Tammik eating soup: in the UK if you tell someone they’ll be eating through a straw it’s considered very threatening. 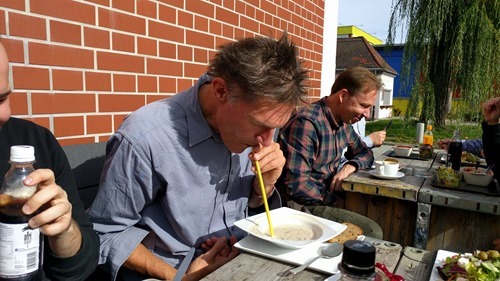 I had the chance to sync up with Cyrille regarding our joint AR/VR presentation at the Autodesk DevDay before AU 2016 in Las Vegas. Both demos are coming together nicely, which is great.

I took the chance to give several HoloLens demos both to people from the Munich office but also to Accelerator attendees (Acceleratees?). Here’s a quick snap of Jurgen Becker enjoying his demo while sporting a new Forge T-shirt. 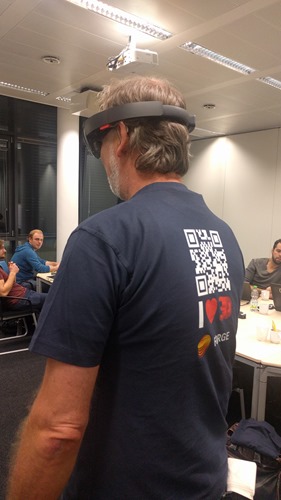 I’m about to board my flight back to Zurich where I’ll stay overnight before attending meetings and presenting at a VR conference tomorrow at ZHdK. It’s proving to be a busy but worthwhile trip. I have at list one Forge Viewer-related post to document something we found out at the Accelerator, when I get the chance.